MONTEREY (CBS SF) -- It was discovery that raised a few eyebrows and even quickened the pulses of the deep sea researchers at the Monterey Bay Aquarium Research Institute.

During a deep sea exploration dive 185 miles off the Central California coast in 2019, the camera on their remotely controlled probe flash on the image of what looked like an elephant's tusk.

Only able to collect a small piece at the time, the researchers returned in July to retrieve the complete specimen from it 10,000-feet deep resting place and now have discovered the just over 3-foot tusk is from a Columbian mammoth. 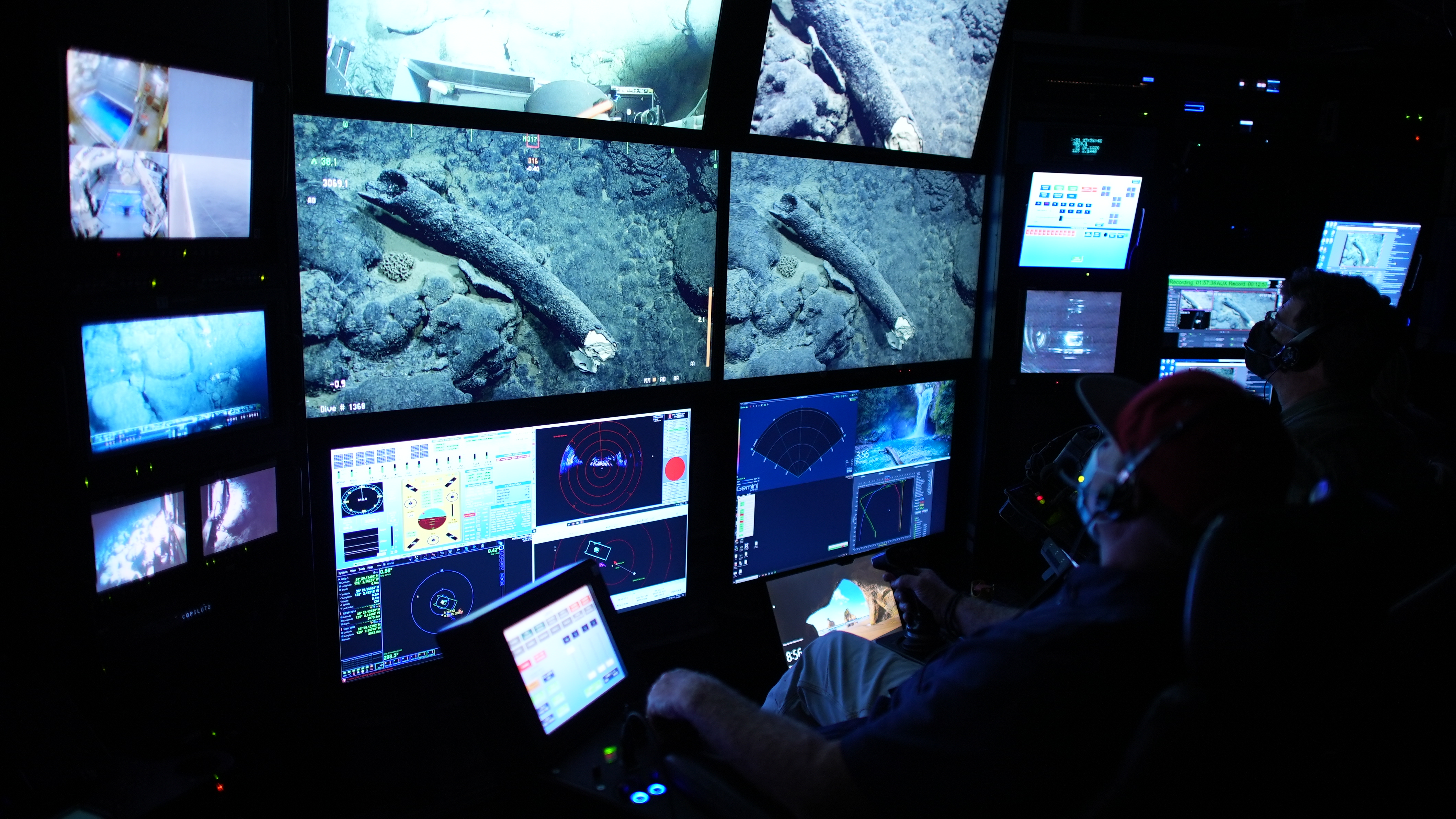 The cold, high-pressure environment has uniquely preserved the tusk, giving researchers the opportunity to study it in greater detail, with the hopes of unlocking the mystery of how it got there.

"You start to 'expect the unexpected' when exploring the deep sea, but I'm still stunned that we came upon the ancient tusk of a mammoth," said MBARI research scientist Steven Haddock.

University of Michigan paleontologist Daniel Fisher, who specializes in the study of mammoths and mastodons, has joined the team, attempting to unravel the mystery.

"This specimen's deep-sea preservational environment is different from almost anything we have seen elsewhere," Fisher said. "Other mammoths have been retrieved from the ocean, but generally not from depths of more than a few tens of meters."

While dating of the tusk is currently underway, the team believes it could be the oldest well-preserved mammoth tusk recovered from this region of North America.

"If the tusk had been found on land, deciphering its history would not be as straightforward," said UC Santa Cruz Geochronology Lab Associate Professor Terrence Blackburn.

Researchers at the UCSC Paleogenomics Lab led by Beth Shapiro, professor of ecology and evolutionary biology, plan to sequence the ancient DNA from the specimen, which could provide valuable insight about how mammoths colonized North America.

"Specimens like this present a rare opportunity to paint a picture both of an animal that used to be alive and of the environment in which it lived," said Shapiro. "Mammoth remains from continental North America are particularly rare, and so we expect that DNA from this tusk will go far to refine what we know about mammoths in this part of the world."