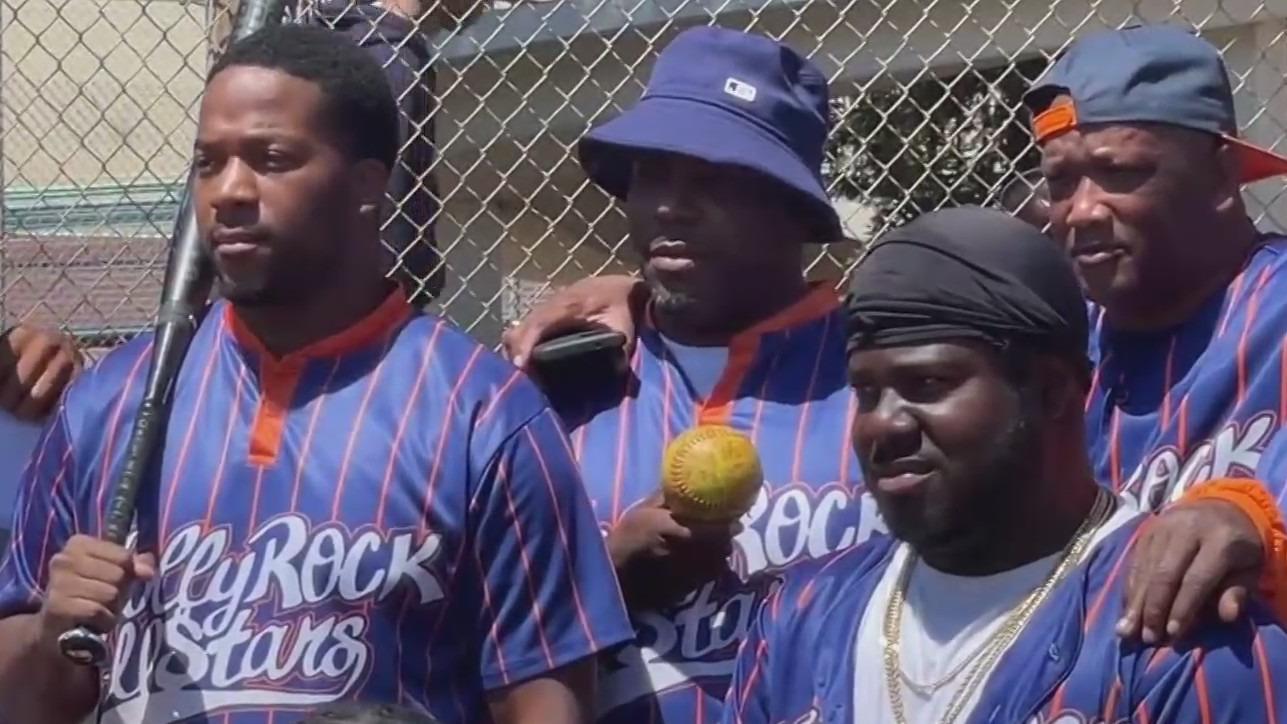 SAN FRANCISCO -- Officers were at Gilman Playground in San Francisco's Hunters Point neighborhood on a different kind of call on Tuesday. They were there to support and participate in a new program, "Batter Up, Guns Down."

Comprised of softball players from Oakland, Vallejo, Palo Alto, Berkely and San Francisco, the program is designed to open new lines of communication between adults and youth in the community.

"The goal is to change the community, to give our youth the ability to play softball, and at the same time be able to do mentoring, raise self-esteem, self-confidence and cultural pride,"  explained community activist Felicia Jones.

"It's an opportunity to put aside whatever is going on outside of this ball field and come together as a community and have fun," added San Francisco Police Chief Bill Scott.

And fun is what they're having. At the same time, building a community bond that only sports can give them.

"The kids are invited, so by them seeing us doing it, that makes them try to get out here and participate," said Taylor.

Scott believes that programs like Batter Up, Guns Down provide young people alternatives to the kind of street violence he has dealt with in recent days.

"I think it's really important to have events and venues like this to really replace some of the things like what we talked about at yesterday's press conference where you have kids that are really too young to know what they're doing out robbing people and beating people," said Scott. "Let's replace those bad things with good things."