ELK GROVE (CBS 3) — A wildlife rescuer responded to two different calls in just one week about falcons on the loose and on the prowl in the Sacramento region. 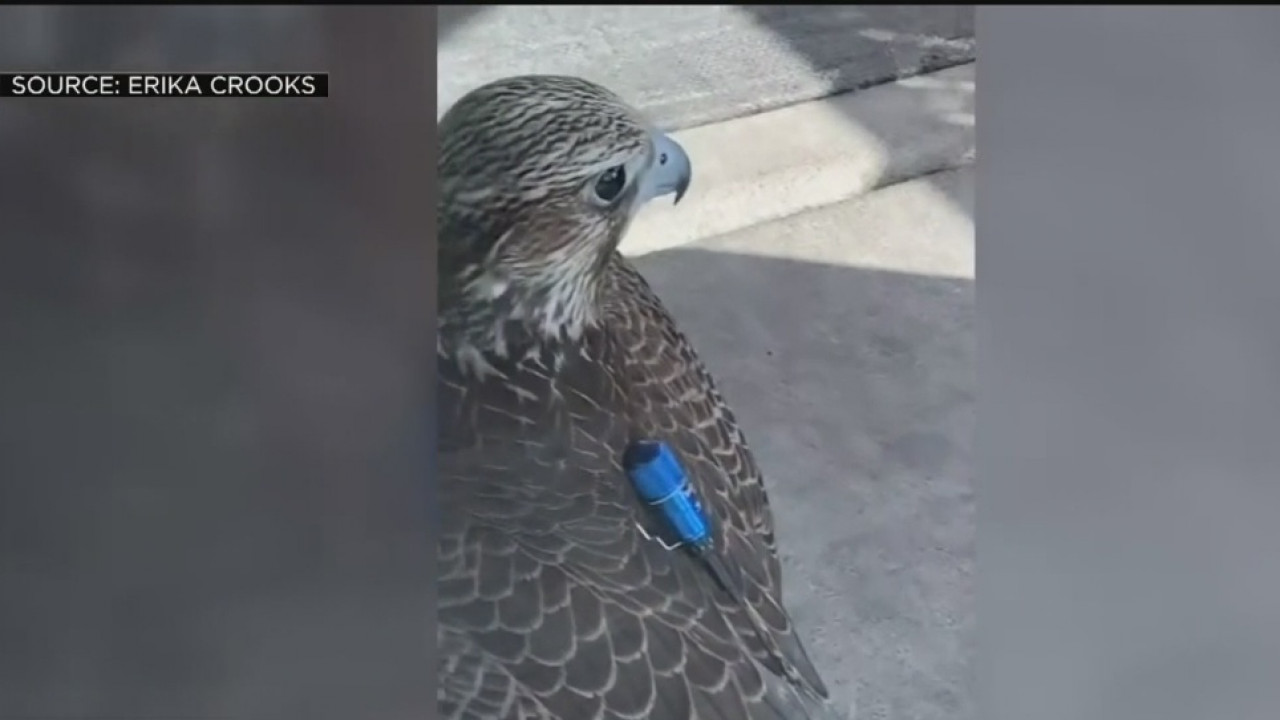 The latest incident involved an Elk Grove family's dog that became a target while playing in the back yard.

Wildlife rescuer Ben Nuckolls, who responded to each case, said these were trained falcons that got away from their handlers.

In Elk Grove, Doug the chocolate lab was playing outside when a falcon landed on his back and latched on his collar.

"We thought it was two dogs attacking, it was like a loud yelp and then growling from a dog," said Erika Crooks, Doug's owner.

Crooks and her whole family got involved. "It felt like hours," she said. She said her husband tried to smack the falcon off with a blouse from the clothesline as Doug and another dog panicked.

"There's the two dogs, my husband's trying to get them and then we all come and he's like 'get inside we're getting attacked.' It was like The Birds," Crooks said.

The falcon continued to stalk everyone through a screen door but eventually flew away.

"We saw it like going 'caw caw' and we saw its wings and I thought it was kind of like scary," said Penelope, Erika's daughter.

CBS13 spoke with Sacramento falconer Karl Kerster, who said this type of behavior is extremely rare. He said it's possible the falcon had experience with dogs before.

"A hawk or falcon that has been trained to work with the dog will see the dog as an equal and as a hunting partner," Kerster said.

Just days before Doug the lab's encounter, Nuckolls was called to a gruesome scene in Auburn. A different falcon had escaped its handler and attacked and killed someone's chickens. Both falcons in each attack had GPS tracking devices, but only the first was captured.

The falcon that came after Doug is still out there.

"If it's going to attack a chocolate lab of that size, I don't know what else it might get to," Erika Crooks said.

Falconers say it's common for falcons to get away from their handlers during training and disappear. A lot of freedom is given. Captive falcons are commonly used for hunting, racing and getting rid of nuisance birds like pigeons.