PHILADELPHIA (CBS) -- "Bad things happen in Philadelphia" wasn't the only T-shirt to come out of Tuesday's debate between President Donald Trump and Democratic nominee Joe Biden. During a testy exchange, Biden shot back at Trump after he was repeatedly interrupted by the president during a question about the Supreme Court.

"Will you shut up, man?" Biden said after the president interrupted him.

Before the debate was even finished, the Biden campaign started selling a T-shirt with "Will You Shut Up, Man" printed over a picture of Trump. 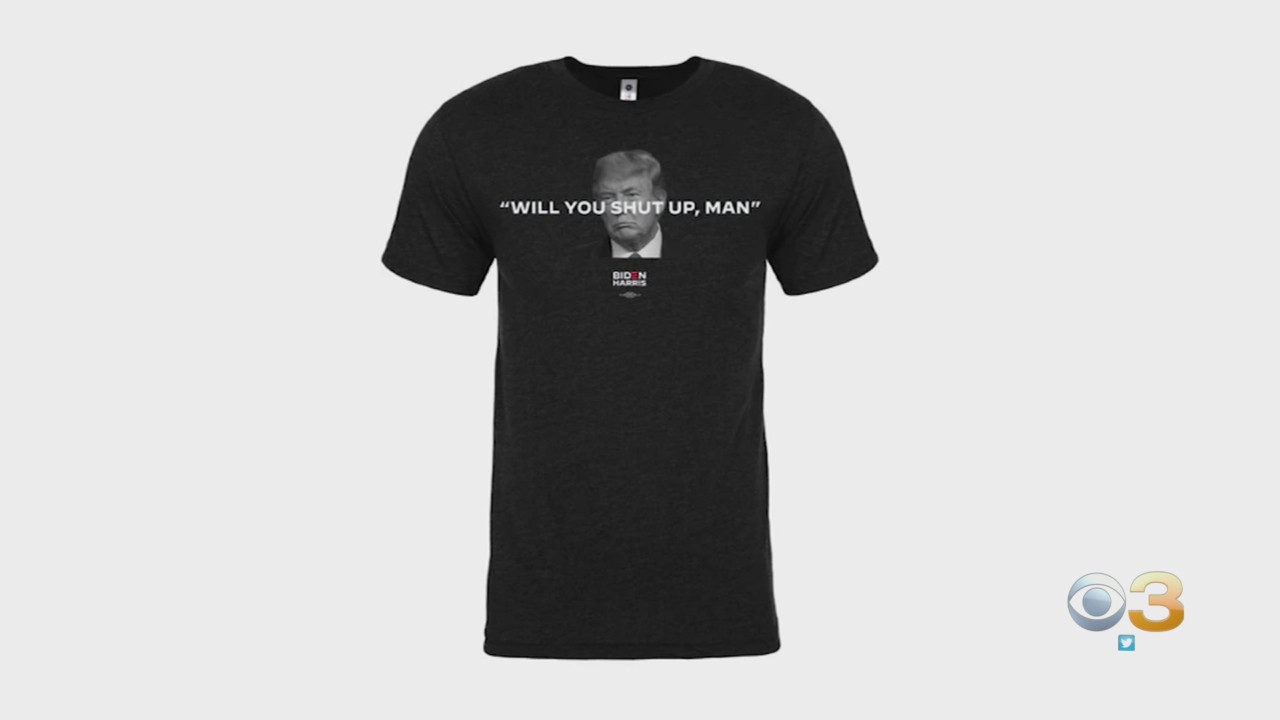 There's no word at this time how many of those T-shirts were sold.

The campaign said it got nearly $10 million in donations by midnight Wednesday.