"Lincoln Drive is horrendous, it's become like the autobahn," Francis Kilson, a neighbor, said.

Kilson has lived along Lincoln Drive for years. He says as he has watched traffic worsen, he no longer lets his daughter play in their front yard and has installed 15 steel poles around the perimeter of his home.

"There was an accident, and what had occurred is, the car rested on top of the pole," Kilson said. "Had they not been there, then the car would have come careening into the house."

It is why Dicker has been fighting to make some of the city's most dangerous streets, including Lincoln Drive, Henry and Germantown Avenues and Cobbs Creek Parkway, safer with traffic calming measures like speed cushions and traffic cameras.

"It is a silent crisis," Dicker said.

On Sunday, she led a meeting at Carpenter Lane Station, coaching others on how to implement safety changes in their communities. The message was echoed by Sidney Ozer, whose 17-year-old son Samuel was killed along Henry Avenue on Father's Day 2020. Ever since, Ozer has been fighting for protected bike lanes. 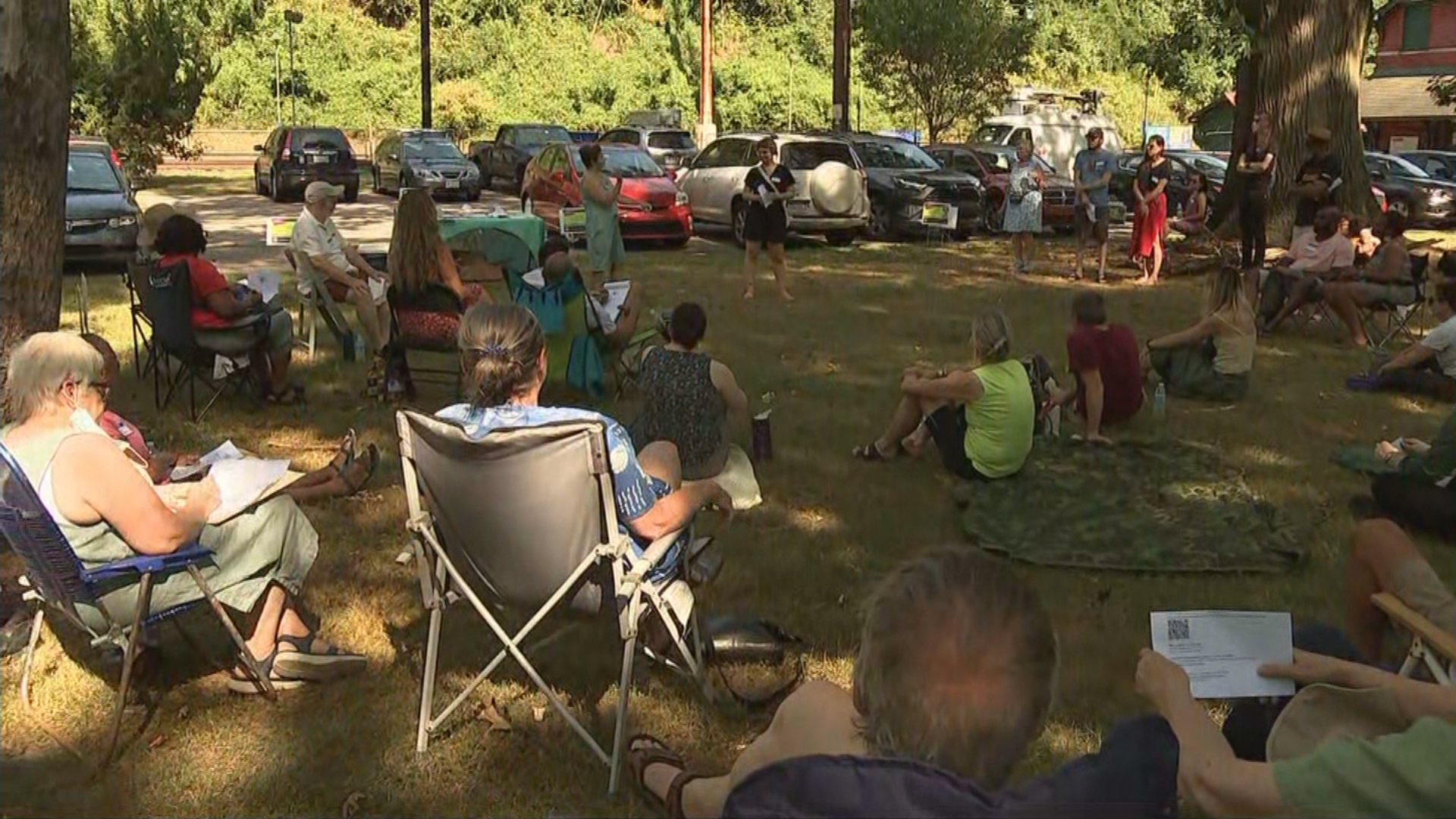 While the changes needed may vary, the goal is uniform - zero traffic deaths.

"It is solvable, and people don't know there is a solution out there," Dicker said.

Organizers will be hosting a walking audit along Lincoln Drive on Sunday, Sept., 11 at 10 a.m. The goal is to highlight the dangers cyclists and pedestrians face every time they step out. Everyone is encouraged to attend.