5:43 Pennsylvania has loosened restrictions on acquiring a voter ID, no longer requiring proof of a valid address.

5:45 The judge hearing the voter ID case has hinted he may block the law.

5:56 The Phillies beat the Nationals last night to begin their last home series of the season. 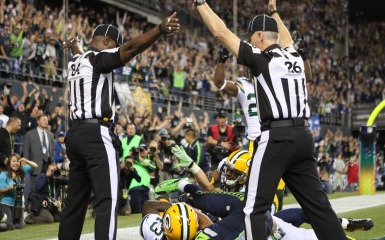 7:10 Pennsylvania's demographics suggest Mitt Romney should be competitive in Pennsylvania, but he isn't connecting with voters.

7:12 Will Bunch is writing that Pennsylvania should no longer be called a battleground state.

7:26 President Obama is being criticized for going on The View instead of meeting with world leaders at the United Nations.

7:42 The Morning-After pill and other contraceptive are being given to students for free in some New York City High Schools.

7:59 Madonna told her audience at a concert that they better vote for Obama.

8:10 Chris talks to Tom McGrath from the Philly Post about banning replacement refs in New Jersey, Philadelphia's ATM fees, which are the highest in the nation, and billboards purchased by a group trying save the legacy of Joe Paterno.

8:40 Chris talks to James Lee, the President of Susquehanna Polling, about a poll he released indicating Pennsylvania is a toss-up.