PHILADELPHIA (CBS)--Wing Bowl is now a bona fide Philadelphia tradition, our Mardi Gras, 19 years running, and nothing to prevent it from lurching and lunging forward like a drunk stumbling home from the Mummers Parade on New Year's Day.

It's truly an event where the puke meets the pavement, where grown men feel comfortable walking around in purple felt fedoras, country-club swells mingle with stained-shirt commoners and everyone can be a little uninhibited for a few hours without fear of looking over their shoulder.

It's why 20,000 packed into the Wells Fargo Center Friday morning for the 19th Annual 610WIP Wing Bowl, and even before the doors opened, they were tailgating at four in the morning, loading up to watch a bunch of fat men devour hot wings.

It's hard to believe something that started in a hotel lobby in front of maybe 30 people in 1992 now generates national attention and has become a must-see event for any and every fun-loving sports fan—of age—who ever grew up in the Philadelphia area. 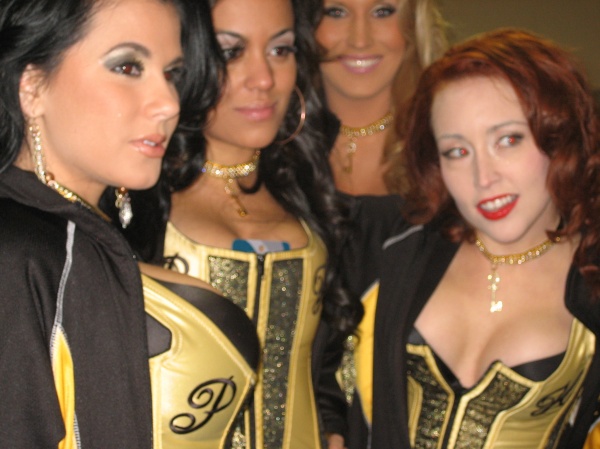 "We didn't image how big this would be, because for years, this is not anything we actually sat down and planned out," said Angelo Cataldi, 610WIP's morning show host and the maestro of the mayhem. "We do a radio show. We don't plan out great, enormous events like this. I'll tell you what the great secret of Wing Bowl is, we have absolutely no idea what we're doing year after year. No clue.

"We just hold our breath and hope everyone gets out alive. I mean think about this year. Who would have thought you'd have [Takeru] Kobayashi. One of the greatest eaters in the world here, all the way from Japan, El Wingador [Bill Simmons], a five-time winner who's legend, and Super [Jon] Squibb, the two-time champion all here on the same stage. Who would have thought we could have orchestrated that? It's why we have completely no idea what's going to happen."

It also marked the return of Simmons, last competed in 2008, going up against his protégé, Jon Squibb, or "Super Squibb," the two-time defending champion whose day job is as a corporate CPA, and by early morning, a ravenous wing eater.

Squibb downed a Wing Bowl-record 255 wing to take his third-straight Wing Bowl title, edging out El Wingador, who finished with 254. Going into the final two-minute speed round, Wingador held a 237-236 advantage.

"I feel on top of the world," said Squibb, who was still chewing when he name was announced as the winner. "This was awesome, I was competing against my hero and it's why I worked at this a little harder, and went at it a little stronger. I didn't think it was that close."

"I ran out of stomach room," said Simmons, 49. "I think my age caught up to me. Squibb's an incredible eater. He'll be the champ for a couple of more years. But this is it for me. I'm 49. I have to watch my health."

And Squibb will have to watch for Kobayashi, who said he'll be coming back to Philadelphia for the 20th Annual 610WIP Wing Bowl.

"I realize this is a different contest from what I'm used to," Kobayashi said. "After watching the eaters closely, I notice their jaws get tired. I thought it was all technique. It's stamina, too. What I thought was most amazing is that all these eaters started fast and kept going at the same pace. I can't wait. I'm going to be here next year."

Al Morganti, Cataldi's morning show co-host, and the Father of Wing Bowl just grinned afterward. "What better way to have a Super Bowl party than this," he said. "We may not have a team in the Super Bowl, but who's to say we can't have a party."