PHILADELPHIA (CBS) - A Philadelphia firefighter died after a pizza restaurant caught on fire and collapsed early Saturday morning, trapping him and five others. The city of Philadelphia identified the deceased firefighter as 51-year-old Lt. Sean Williamson.

Deputy Fire Commissioner Craig Murphy said he was a 27-year department veteran. Williamson was most recently assigned to Ladder 18 in the Hunting Park section of the city. He leaves behind his mother and a son.

Police also identified the four other firefighters and an L&I employee injured during the incident. 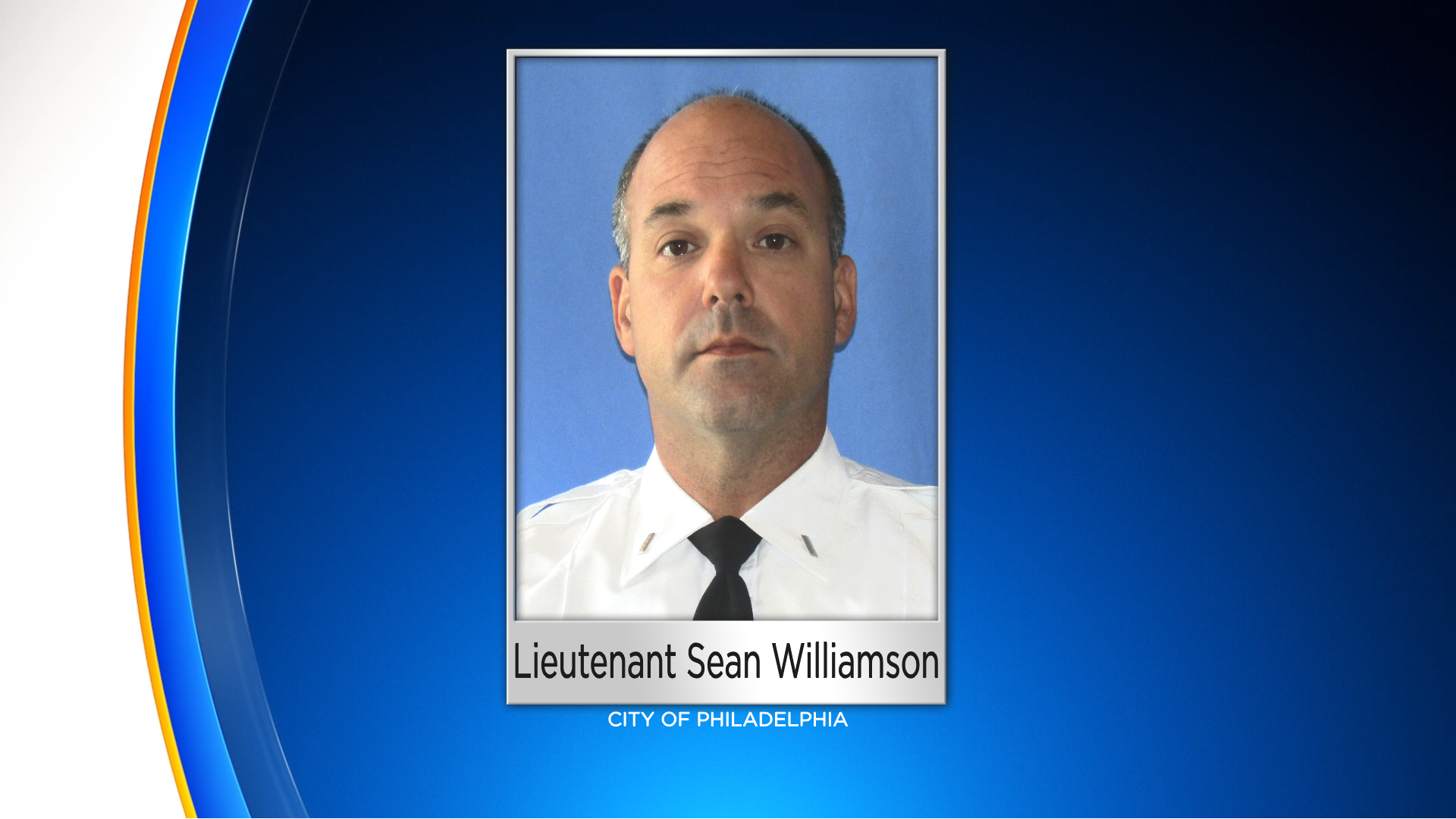 Firefighters Robert Brennan Jr. and Dennis Daly are in critical but stable condition. Both are at Temple University Hospital. Lieutenants Sylvester Burton and Clarence Johnson were both treated and released from Temple. Inspector Thomas Rybakowski was also treated and released. All five of them were rescued from the rubble.

Video below shows first responders saluting Williamson as his body was transported from the medical examiner's office.

The building had caught fire just before 2 a.m. Saturday, Murphy said. The fire had been put out, but then the building, a pizzeria located at the intersection of West Indiana and North 3rd Street, collapsed at 3:24 a.m.

Emergency crews were doing inspections and checking for hotspots when the building pancaked.

Resident Darlene Mumbauer watched from her apartment as firefighters burst into the building.

"It didn't look like anything very serious, but I saw all these trucks and they started to shear away the grates at the windows to get in," Mumbauer said.

She saw smoke but no flames. Thinking the fire was under control, Mumbauer went back to sleep.

"Then my niece comes down about an hour later. The whole building collapsed and I said what!?" Mumbauer said.

"We heard like a bomb, real, real hard. We thought it was raining or it was thunderstorming but we didn't pay no mind," Lopez said.

It was only when she and other neighbors walked outside, that they realized the seriousness of what happened.

Numerous firefighters were at the scene as the rescue effort unfolded, and some were seen hugging or wiping tears from their eyes. 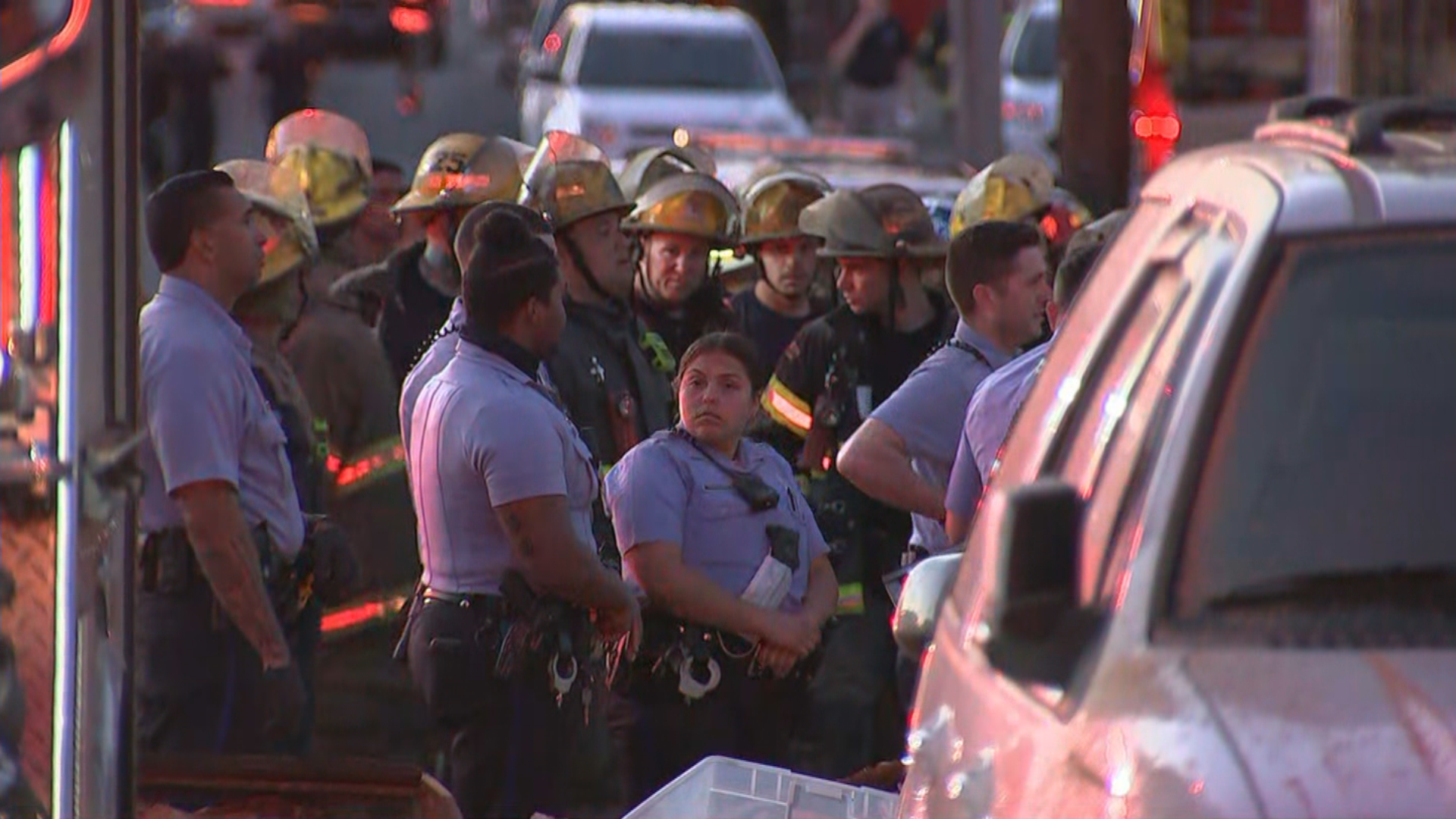 Murphy said it was going to be a tough several days.

"Grieving with the members of the @PhillyFireDept and all @PhiladelphiaGov who lost one of our own in the line of duty today. We will continue to provide updates about this tragic incident when we have them.,"  Mayor Jim Kenney Tweeted.

"The @PhillyPolice Department is heartbroken as we mourn the loss of our fallen @PhillyFireDept brother. Our prayers remain with all those affected by the loss of this heroic public servant, and thank our PFD colleagues for everything they do to keep our city safe," Philadelphia Police Commissioner Danielle Outlaw said.

The Red Cross says two families were displaced by the collapse and will be relocated to new housing.

The cause of the initial fire and the collapse remains under investigation.

CBS3's Alecia Reid and Brandon Goldner contributed to this story.

This is a developing story. Stay with CBS Philly online, on-air, and streaming on CBS News Philly for continuing coverage.