PHILADELPHIA (CBS) -- A total of 17-protesters were arrested on day 3 of the Democratic National Convention.

Things got chaotic outside of the Wells Fargo Center Wednesday night.

READ: Lawyers For Protesters Arrested Claim Their Rights Were Violated

Philadelphia Police say seven people were arrested shortly before 11 p.m. after entering a perimeter fence into a restricted area. 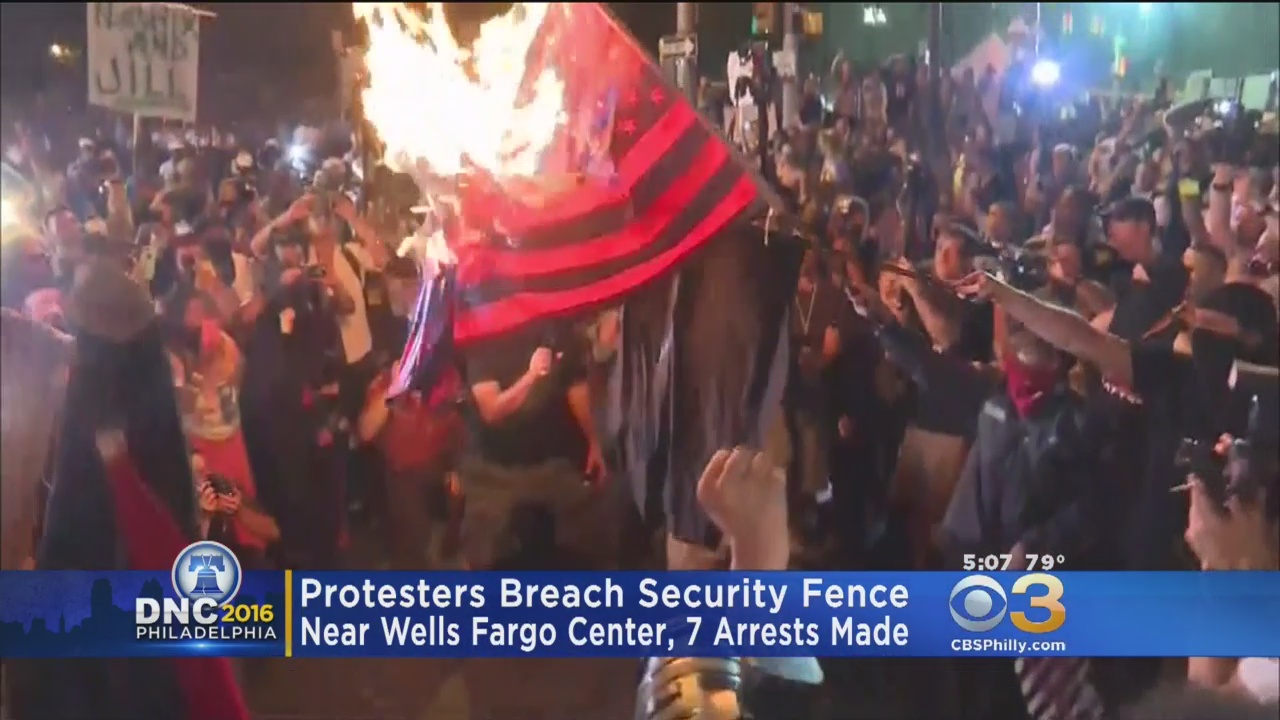 At least one protester was captured on video lighting a flag on fire and waving it in the air, while many others shoved the perimeter fence as police pushed back.

The seven arrested were all taken to the Philadelphia Federal Detention Center and will appear before a judge later Thursday.

"They were able to breach that fence. It's kind of ridiculous in the sense that we were standing right there waiting for them. They see us. So, it's not like it's a surprise."

Ross said, "It's not like they thought they could get anywhere."

Ross also spoke about the consequences saying, "They are now being charged with a federal offense."

There are reports that one officer suffered minor injuries in the incident. 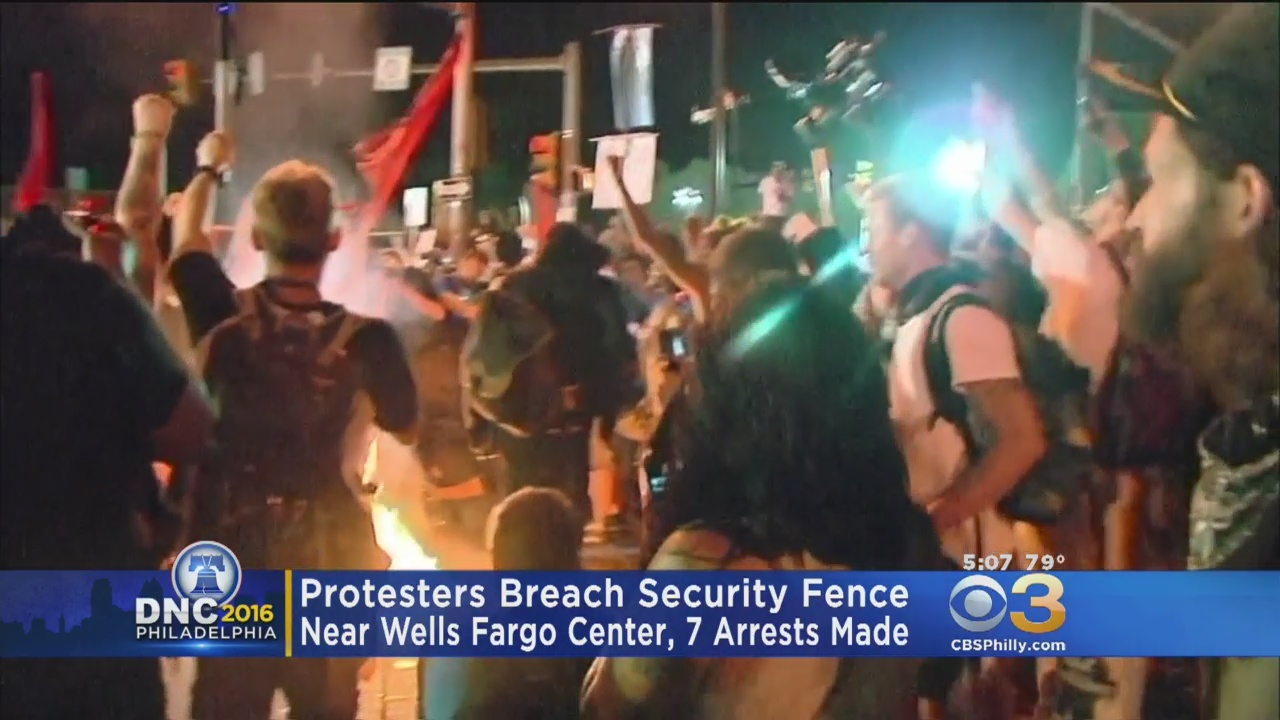 One woman was also burned after trying to put out a fire started by demonstrators. She was taken to the hospital.

Ross says, "They had started a fire burning something, I don't know, she tried putting it out and burned her leg pretty good."

Earlier Wednesday, ten people were arrested after staging a sit-in at the Comcast Building in Center City.

The demonstrators chained themselves to a rolling gate for nearly an hour before being removed by police just before 1 p.m.

The demonstrators were cited for obstruction and released.

Police say they issued 69 citations since the start of the DNC on Monday.