The president is being treated with the antiviral Paxlovid. He's fully vaccinated and double boosted. Even though he's elderly -- considered at higher risk for complications -- doctors say the president will probably be just fine.

"I'm doing well, getting a lot of work done, going to continue to get it done," Biden said in a video he posted on Twitter.

Biden posted the video on social media hours after testing positive for COVID-19.

The White House also released a photo of him working in the Oval Office. 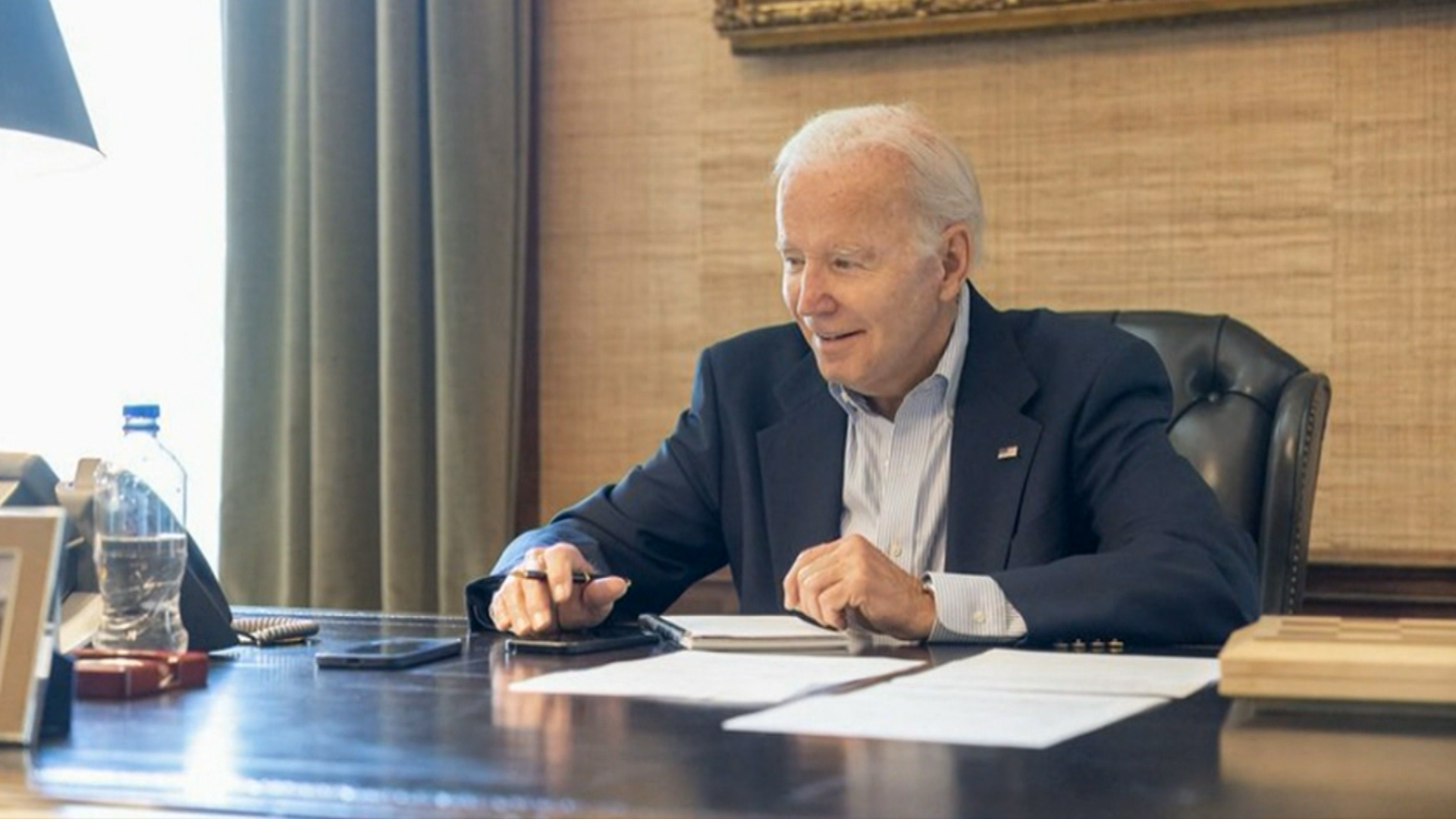 The president's doctor says he has mild symptoms -- a runny nose, fatigue and an occasional dry cough.

Biden is being treated with Paxlovid. Some medications cannot be combined with the antiviral drug. In the president's case, he will temporarily stop using Crestor for cholesterol and Eliquis for atrial fibrillation.

"You don't need to do anything in those circumstances," Jha said. "They both get stopped for the five days he's on Paxlovid and they get restarted and it's totally fine and pretty normal practice."

On Wednesday, the president was traveling in Massachusetts. Before that, a four-day trip overseas.

The White House said the president had a negative COVID-19 test on Tuesday.

First Lady Jill Biden, who's traveling in Detroit, Michigan, spoke with the president after his positive test. The first lady tested negative, according to her spokesperson.

"He's doing fine," the first lady said. "He's feeling good. I tested negative this morning. I am going to keep my schedule, I am, according to CDC guidelines, I am keeping masked."

The president is among a growing number of Americans infected with COVID.

The CDC says the country is averaging more than 120,000 cases per day, but since many people are testing at home, the actual number is likely to be much higher.

"In the meantime, thanks for your concern," Biden said on Twitter. "Keep the faith. It's going to be OK."

It's unclear if the president has been infected with the BA.5 subvariant, which is causing nearly 80% of cases in the country.

The president was scheduled to be in Pennsylvania on Thursday, but he had to cancel the trip.