PHILADELPHIA (CBS) -- Excessive heat warnings have been issued for Southeastern Pennsylvania, the Lehigh Valley, North Delaware and the New Jersey suburbs until 8 p.m. on Friday. There's also been a heat advisory issued for South and Southwest Jersey including the shore, and the Poconos, and parts of Delaware until 8 p.m. 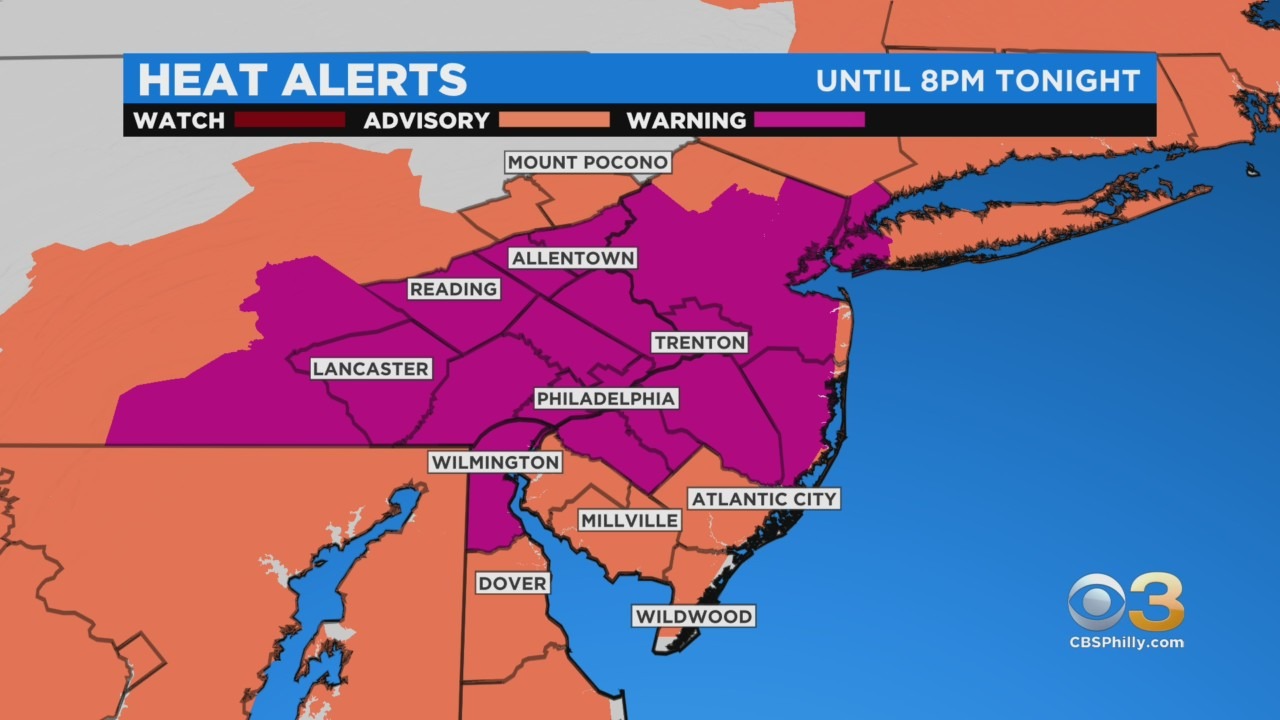 Friday should be the last day of excessive heat and humidity.  Temperatures will soar into the mid to upper 90s this afternoon and it will feel like temperatures will once again vary between 105-110 degrees.  Thunderstorm chances look more likely today than they did on Thursday.  Storms will fire up in the afternoon prompting heavy rain and damaging wind gusts. 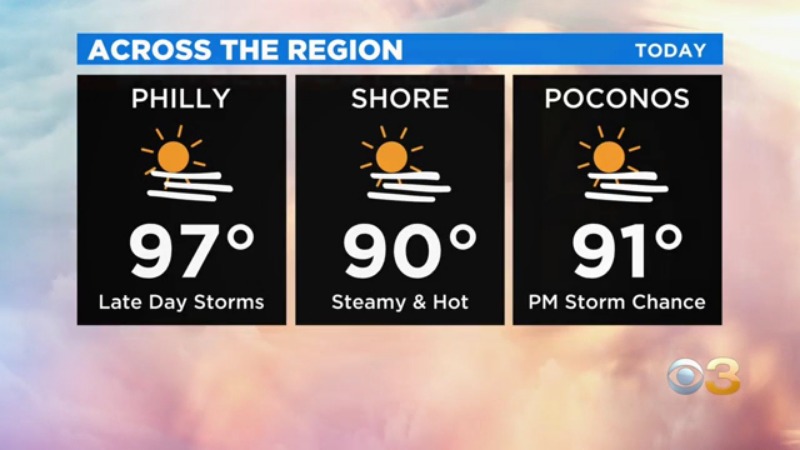 The weekend is split with Saturday promising scattered rain and thunderstorms.  Some storms could be strong to severe with damaging winds, frequent lightning, and small hail likely. The humidity will still be quite uncomfortable for the start of the weekend. Eventually, after the front clears the area, shower or storm chances should diminish and humidity will drop during the overnight hours.

Sunday promises the relief we've all been waiting for.  Expect plenty of sunshine and highs in the mid-80s. The humidity should be pretty comfortable by Sunday too.

Monday will stay nice as we can expect another seasonable day in the mid-80s and low humidity.