PHILADELPHIA (CBS) -- Now one week away from the Pennsylvania primary, the eyes of the nation are on the race for the U.S. Senate. It could decide the balance of power in Congress. Eyewitness News is taking a look at the crowded field of Democrats and Republicans vying for their party's nominations.

Pennsylvania has become one of the most competitive U.S. Senate races in the country. A crowded field of Democratic and Republican candidates is vying for the seat now held by Republican Sen. Pat Toomey, who is retiring.

Democrats' majorities in both the House and Senate are razor-thin, so the eyes of the country are watching the midterm elections in the battleground state.

The 50-50 tie in the Senate could come down to Pennsylvania's open seat, and here are the Democratic candidates fighting to claim control.

Congressman Conor Lamb, the U.S representative for Pennsylvania's 17th District which includes much of the Pittsburgh area, is seeking the nomination. The former Marine is now the vice-chair of the Veteran's Affairs Committee in Congress. 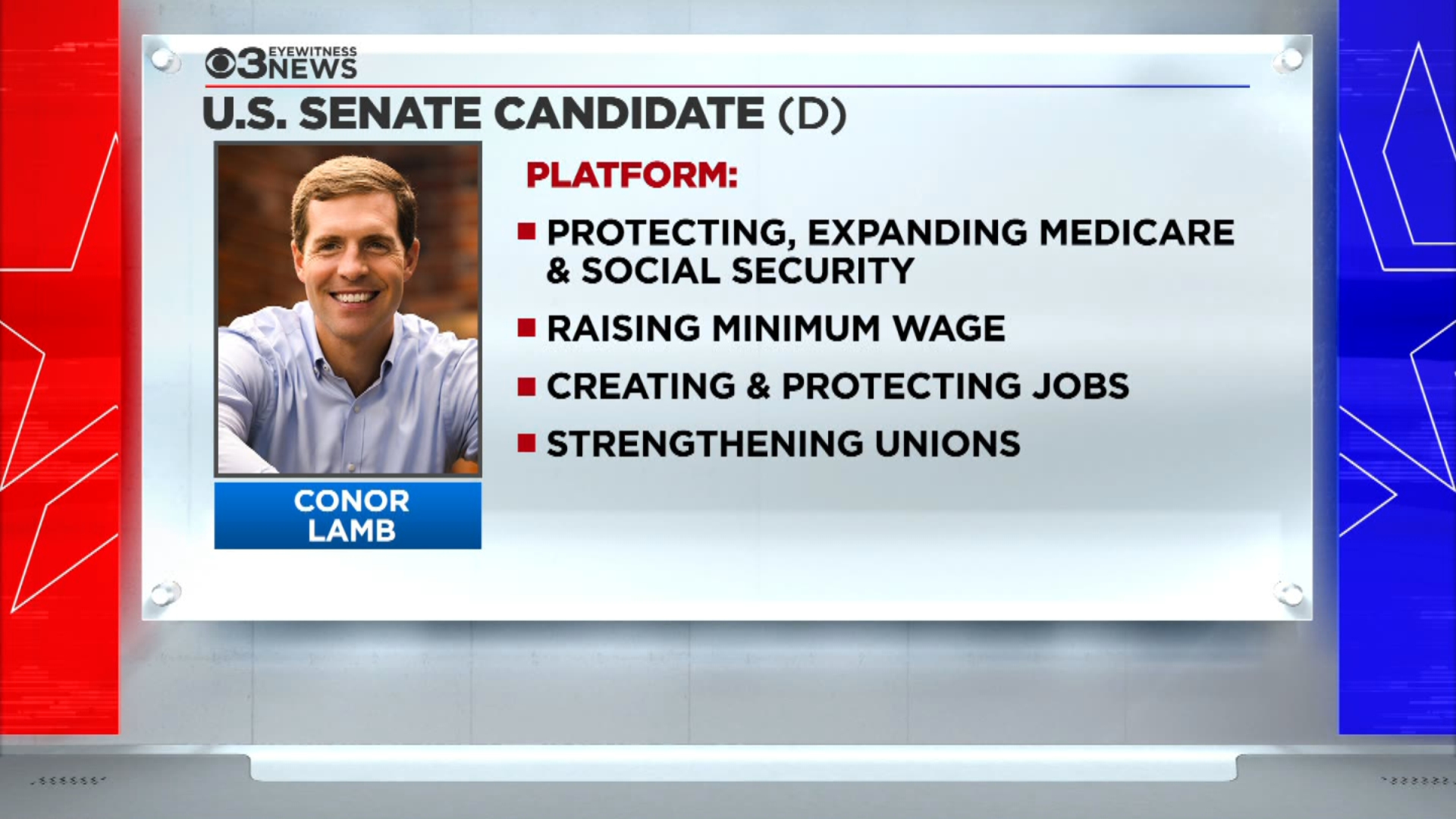 Pennsylvania's Lt. Gov. John Fetterman made his candidacy official in February 2021. He has been a consistent frontrunner for the Democratic party. Fetterman previously served as mayor of Braddock, Pennsylvania from 2005 until 2019. He is outpacing his challengers in fundraising, raising $3.1 million in the first three months of 2022. He supports criminal justice system reform, legalizing the recreational use of marijuana and raising the state's minimum wage. 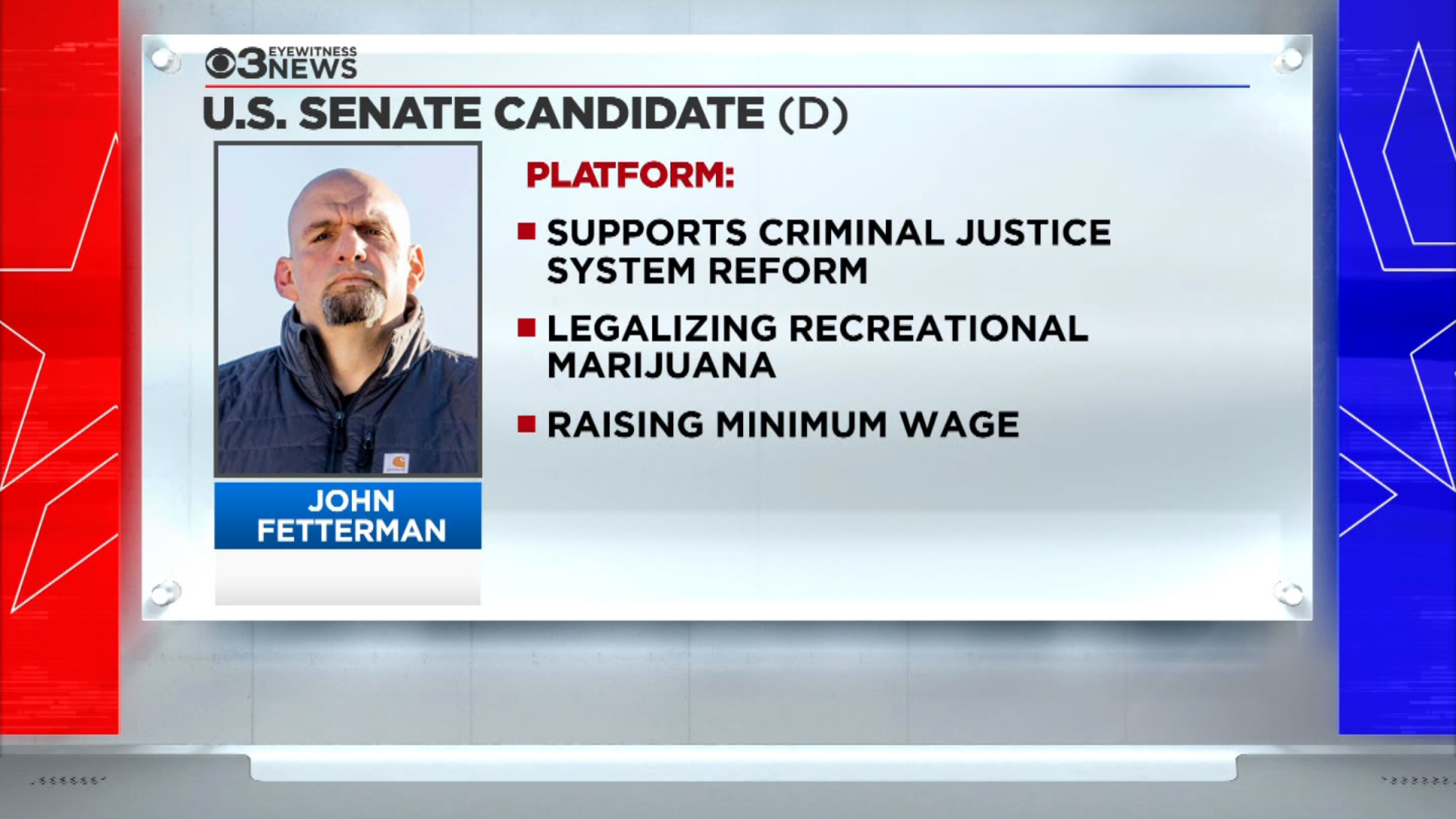 Rep. Malcolm Kenyatta represents Pennsylvania's 181st district. He is a member of the governor's task force on suicide prevention. The state rep from Philadelphia is the first openly LGBTQ+ person of color and one of the youngest members elected to the Pennsylvania General Assembly. 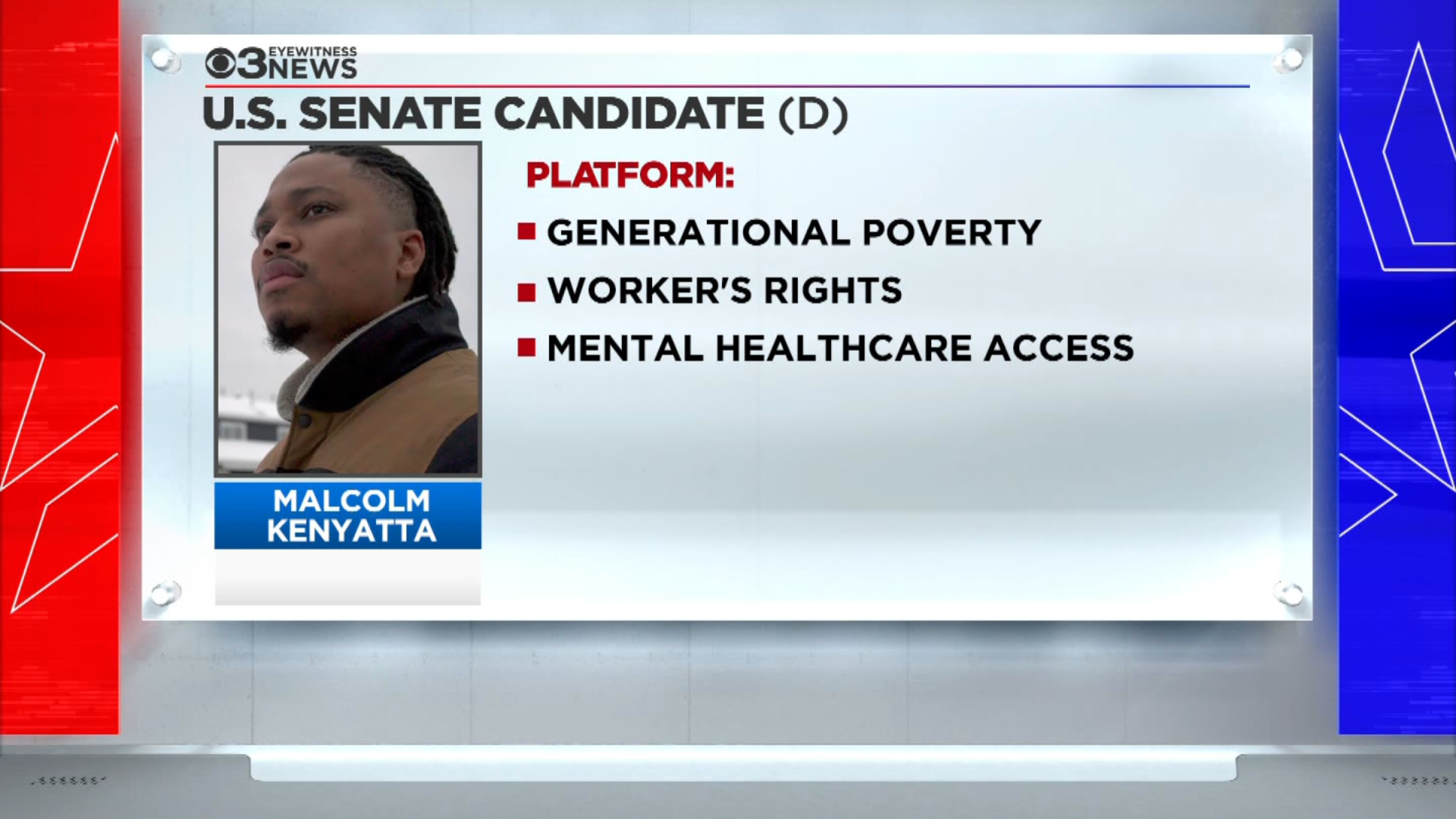 The candidate from Montgomery County is a former small business owner, educator and member of the Jenkintown Borough Council.

In 2016, Alexandria Khalil was selected to run as a Bernie Sanders delegate for Montgomery County. Khalil is an advocate for small business owners and is focused on helping struggling businesses impacted by the pandemic. She is a member of the Jenkintown Education Foundation and a former adjunct at Gwynedd Mercy College, where she taught business.

The Republican candidates faced off in one of the last debates before the May 17 primary, each pitching their platform to voters.

Former hedge fund CEO for Bridgewater Associates Dave McCormick began his career in politics as a treasury official for former President George W. Bush's administration. As the CEO of the world's largest hedge fund, McCormick quit the position to run for Senate, raising more than $11 million since his campaign started. McCormick vows to lower taxes on the working class, bring manufacturing jobs back to the U.S., and support mining coal and natural gas production. 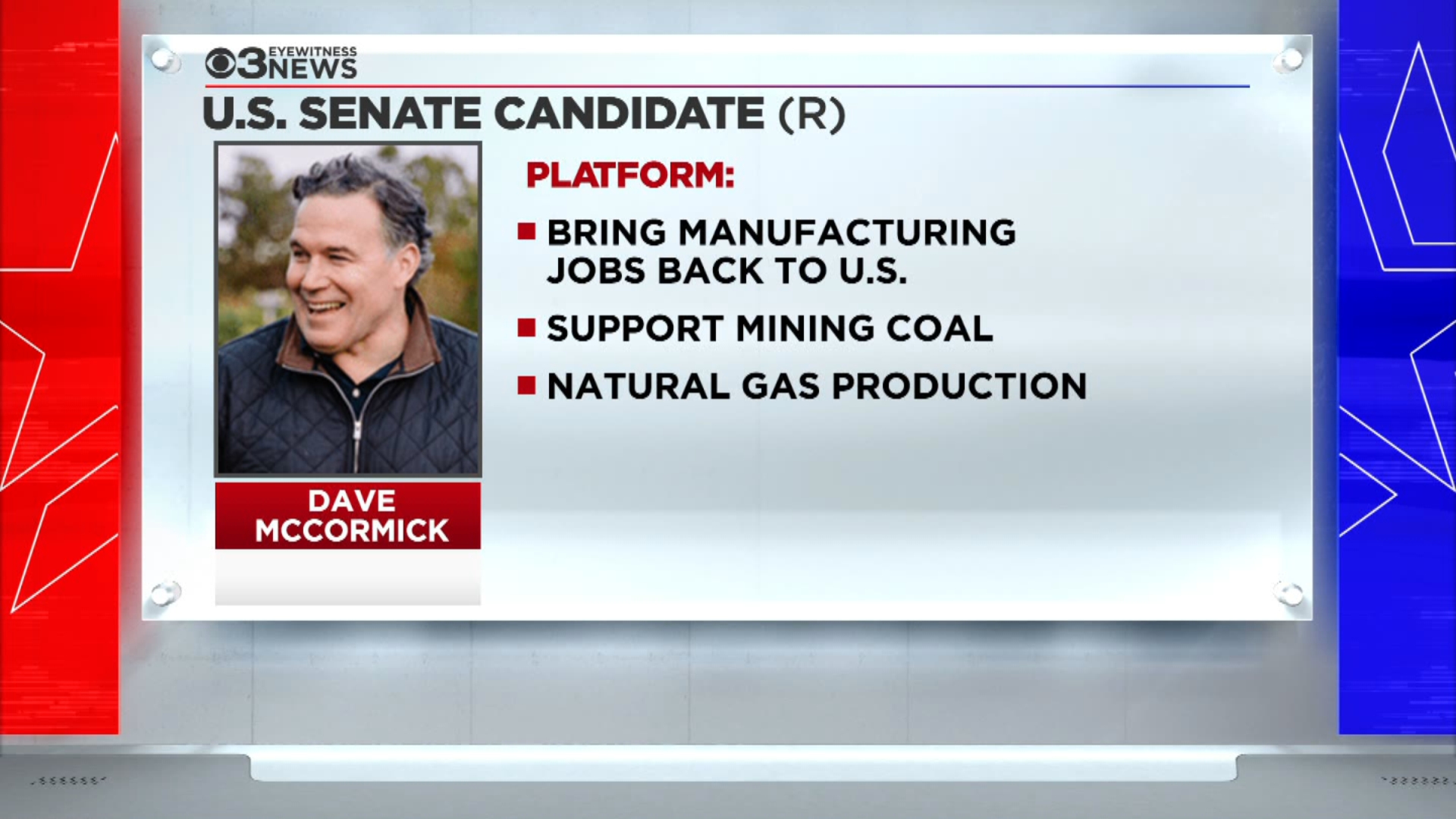 Dr. Mehmet Oz was once the host of the Dr. Oz Show and was an attending physician at New York-Presbyterian/Columbia University Irving Medical Center. Oz has gained the endorsement of former President Trump. He has been a frontrunner in the Republican field in fundraising and popularity leading up to the primary election. The multi-millionaire touts securing the border, supporting second amendment rights and reversing President Joe Biden's current agenda as part of his platform. 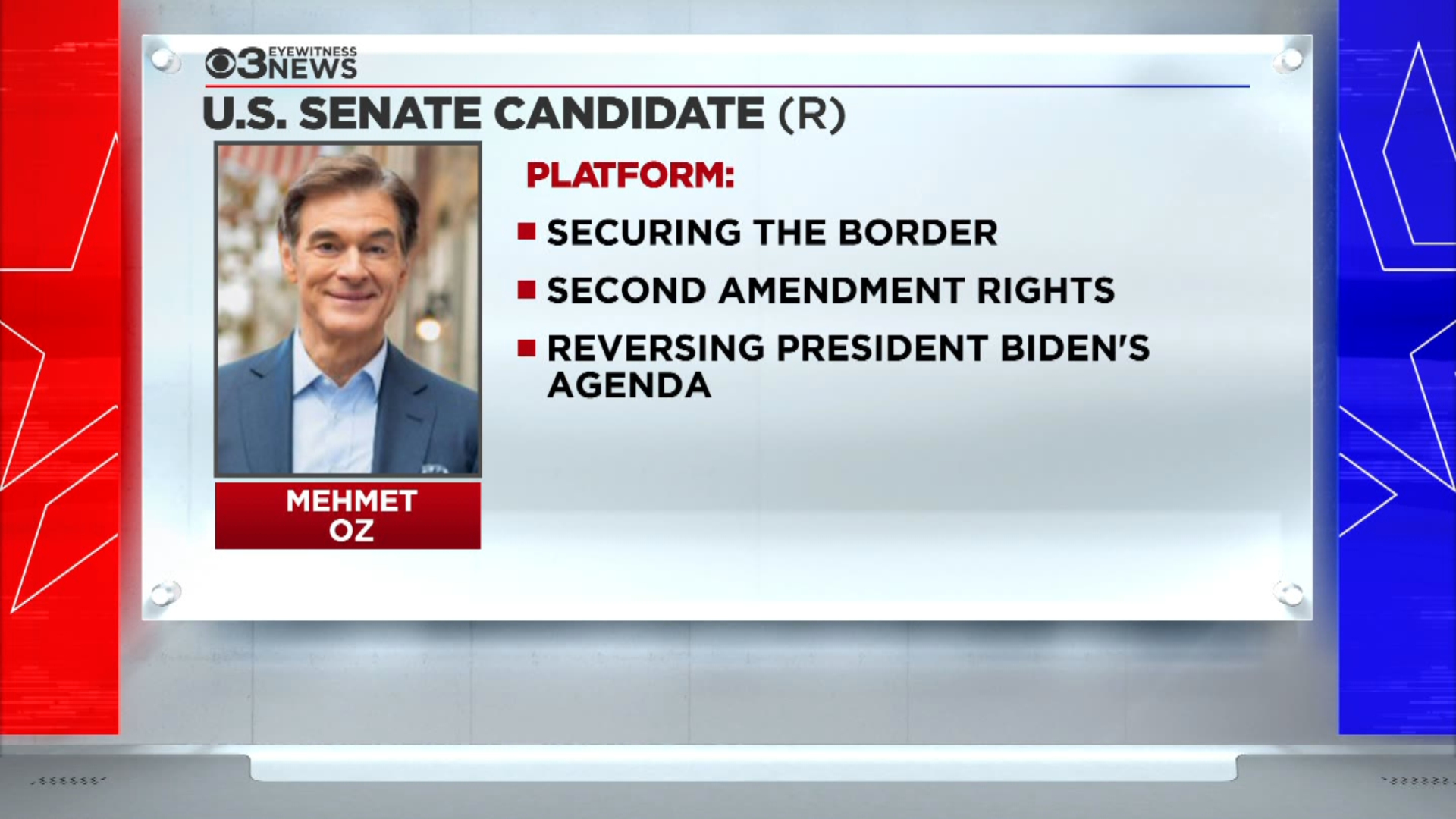 Carla Sands was former President Trump's Danish ambassador, who also served on Trump's economic advisory council. Before entering politics, Sands was chairman and CEO of Vintage Capital Group. Sands states that she wants to be Pennsylvania's energy senator, harvesting the state's energy resources and bringing manufacturing back to the commonwealth.

In 2018, Jeff Bartos was the Republican nominee for Pennsylvania lieutenant governor. The Berks County native owns a contracting company and several real estate and developing companies in the Philadelphia area. He has been running on the platform of strengthening small businesses. He established the 30 Day Fund, a nonprofit that provides forgivable loans to small businesses that were struggling during the pandemic.

George Bochetto is a Philadelphia attorney. He recently won a judge's ruling preventing the city from removing a century-old Christopher Columbus statue in Marconi Plaza. He has been listed in Who's Who in American Law and served as the state's boxing commissioner from 1995 to 2002.

Republican candidate Kathy Barnette served in the Armed Forces reserves for 10 years. She is a former adjunct professor of corporate finance. She's also authored a book titled "Nothing to Lose, Everything to Gain: Being Black and Conservative in America." She ventured into politics in 2020, running for the 4th Congressional District of Pennsylvania. Barnette touts revamping the tax system to attract more corporations into the state and encouraging states to control their own health care systems as part of her platform. 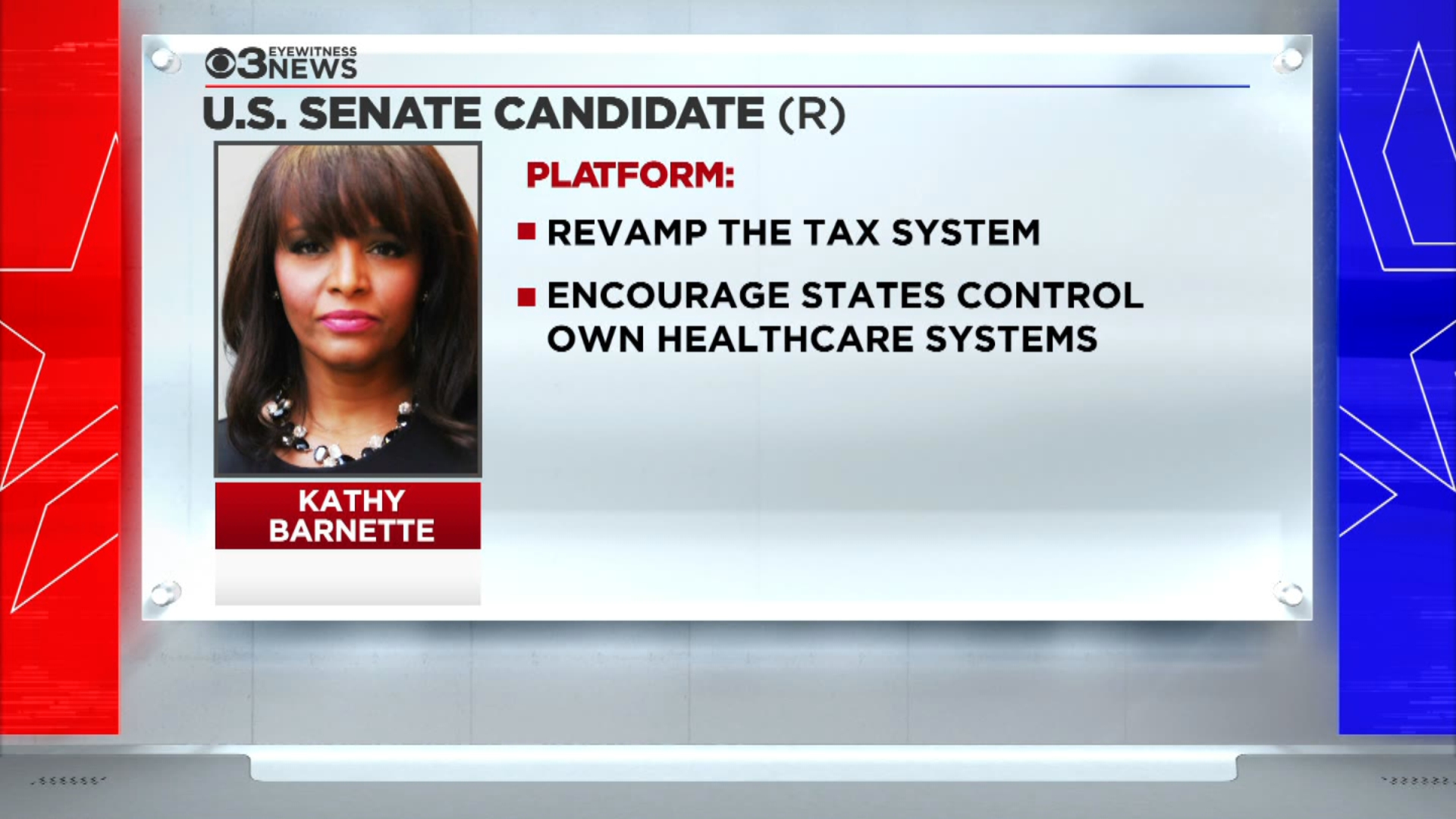 Rounding out the list of candidates is Sean Gale, a business and health care attorney who's been courting voters by saying he will be the exact opposite of Toomey. He has stated he wants to hold both parties accountable when it comes to pay-to-play politics and doing what's right for the American people.

The Pennsylvania Senate race continues to tighten with three Republican candidates within the margin of error a week out of the primary.