SEA ISLE CITY, N.J. (CBS) -- Down the shore, flooding is making roads impassable in some towns. The winter storm and high tides are causing a mess.

We're seeing flooding in parts of Atlantic and Cape May Counties, like here along Central Avenue, just off JFK Boulevard in Sea Isle City.

The road is under at least several inches of water. 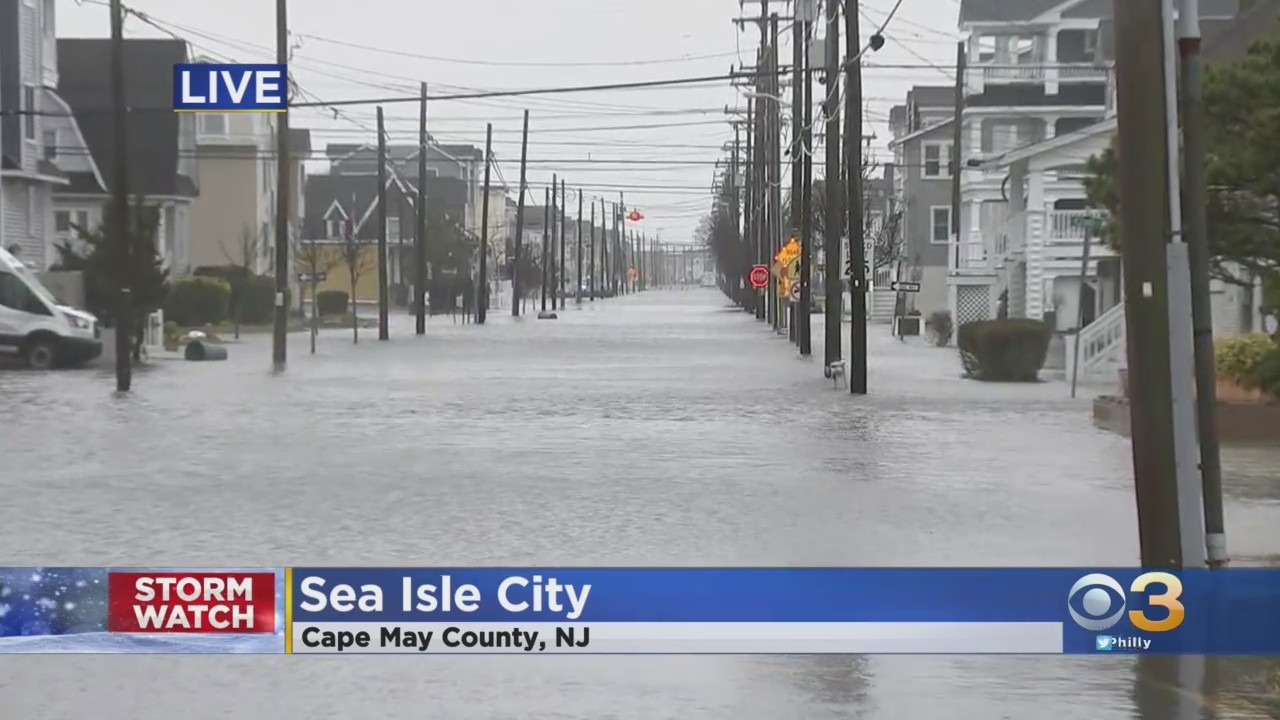 Only Eyewitness News was rolling as a police vehicle was deployed down a flooded Central Avenue this afternoon. An officer had water above his knee.

If you look closely, you can see a woman hanging onto the vehicle because it looks like her home was entirely surrounded by water. 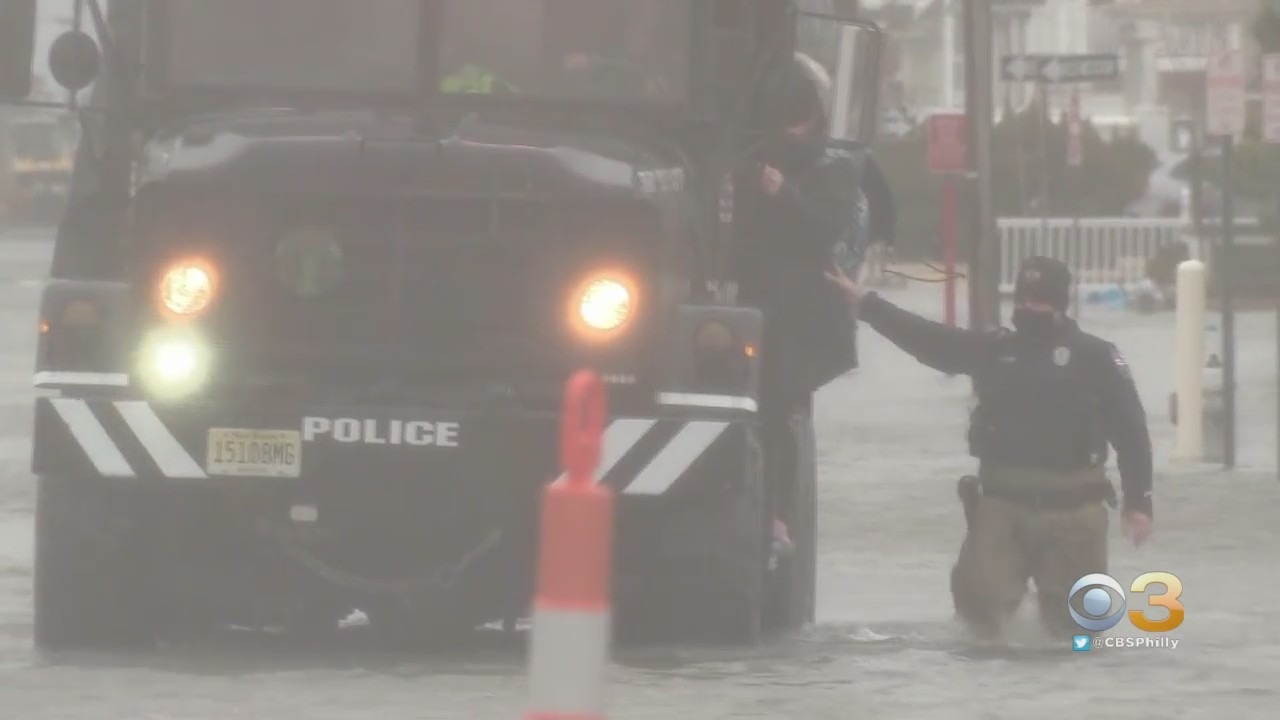 Meantime, over at the beach by the cove in Cape May, we found a team of bulldozers working to fix storm and tidal damage. The ocean is very choppy because of that whipping wind.

Here in Sea Isle City, neighbors say it looks like the area is seeing some beach erosion.

"The beach erosion, it's a shame because they just replenished the beach in this summer and it'll be gone. One storm and it'll be gone. My biggest fear is getting out of here, that water comes up on both sides of the street and you can't get out even though this is the highest street in town to get out on," resident Terry Tracey said.

Moving inland, Camden County saw some snow, but we saw mostly asphalt on roads and highways like I-295 in Cherry Hill. It's thanks in part to 100 salt and plow trucks fanning across the area.

"These guys are experienced and they know how to treat a situation when you get a double whammy like that," Camden County Commissioner Al Dyer said.

But Monday was Michael Coyle's first time behind the wheel of a plow truck during a storm.

"I started in March but we didn't get any snow after that," Coyle said.

Still, he was ready for its one-two punch.

"I like it. It's definitely action-packed, you're moving around a lot," Coyle said.

Officials urge drivers to stay off roads and if you see flooded roads to turn around.