PHILADELPHIA (CBS) - The Christopher Columbus statue in South Philadelphia could become history. On Monday night, Philadelphia Mayor Jim Kenney announced a public process will decide the future of the statue.

In the meantime, a boxing apparatus will be installed around the statue on Tuesday. 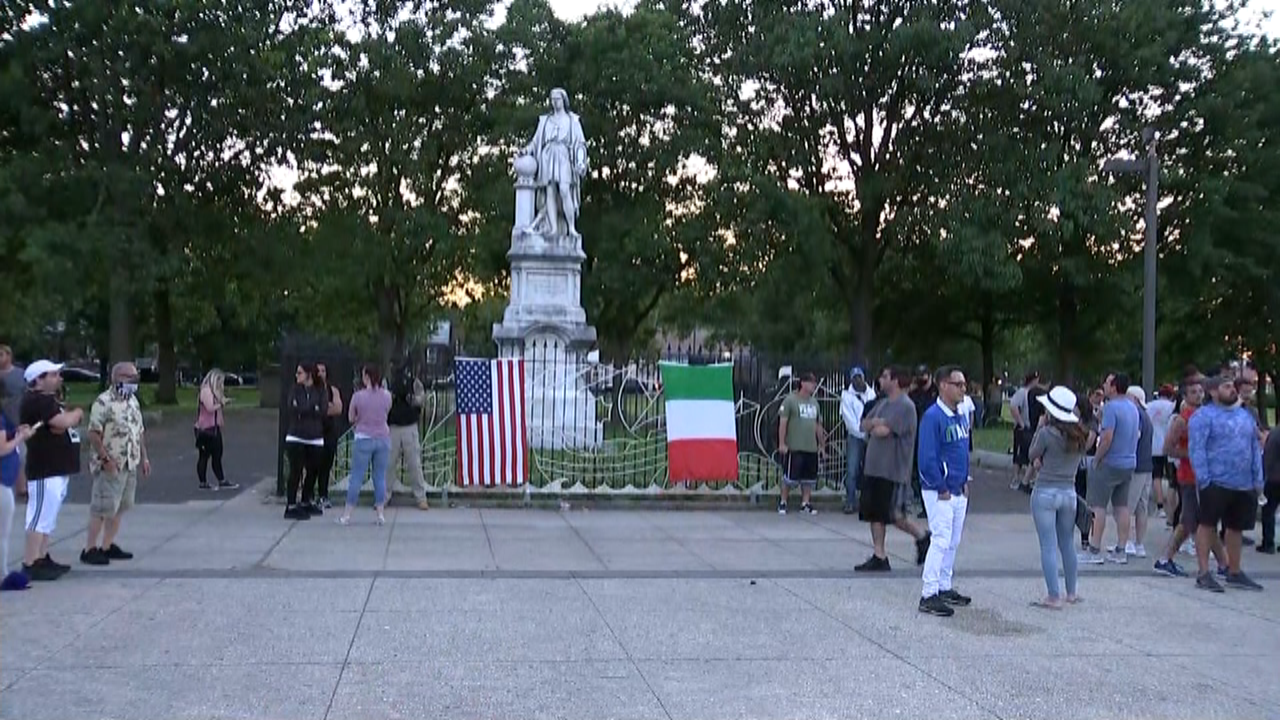 Kenney has asked the Philadelphia Art Commission and the public art director to begin the process. No timeline has been set for a decision.

Kenney released a statement Monday night, saying the "public process will allow for all viewpoints" to be heard and "it's also my hope that by initiating the process, the current tensions in Marconi Plaza can end."

Kenney's announcement comes after a weekend clash between activists who want it gone and a group of people who have been standing guard at the statue around the clock.

Cellphone video from Sunday night shows a large group of people who were guarding the statue at Marconi Plaza walking forward, essentially to push out a small group of activists who want the statue removed.

One woman holding her phone shouts "don't touch me" and tries remaining in place. But she and a few other activists eventually ended up in the street at Broad Street and Oregon Avenue.

"While we were getting pushed into traffic, there was a line of 40 cops that did nothing. They did nothing," West Philadelphia resident Deborah Rose said.

Philadelphia To Have Independent Consultant Examine City's Response To Recent Protests, Including Police Department's Use Of Force

Ronald Joseph, of Northeast Philly, says he was maced and punched in the face by the group guarding the statue. 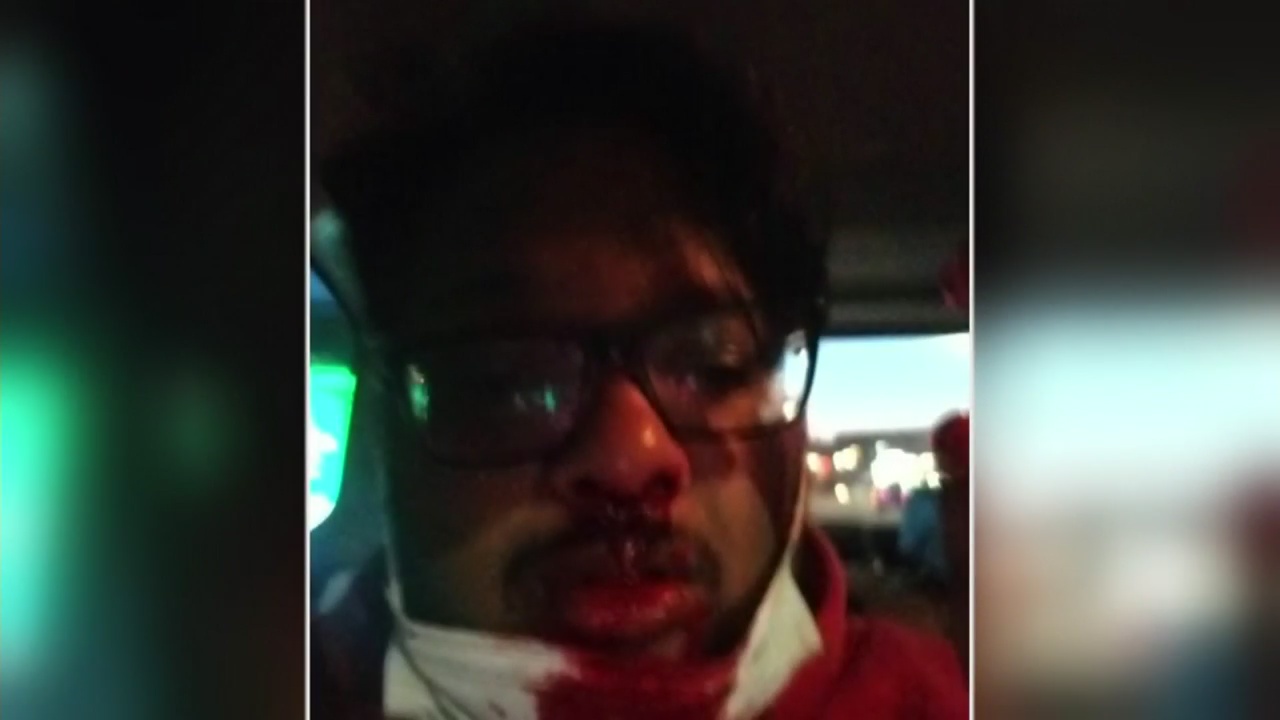 "We wanted to go there and observe and wanted to help out if things got really bad," Joseph said. "We wanted to see what was going on. Are the protestors peacefully protesting? Were they safe?"

"With your presence alone, do you think you were agitating the situation?" CBS3's Matt Petrillo asked.

"I don't think so, we just went to observe," McIllmurray said. "They want to cause chaos."

One man who was among those guarding the statue over the weekend believes the activists were trying to start trouble.

"They want to cause chaos. For some odd reason, they want to take a part of Italian history away. That has significance to me," he said.

But some say those protecting the statue went too far. Eyewitness News found some of those trying to protect the statue on Saturday holding bats and guns. 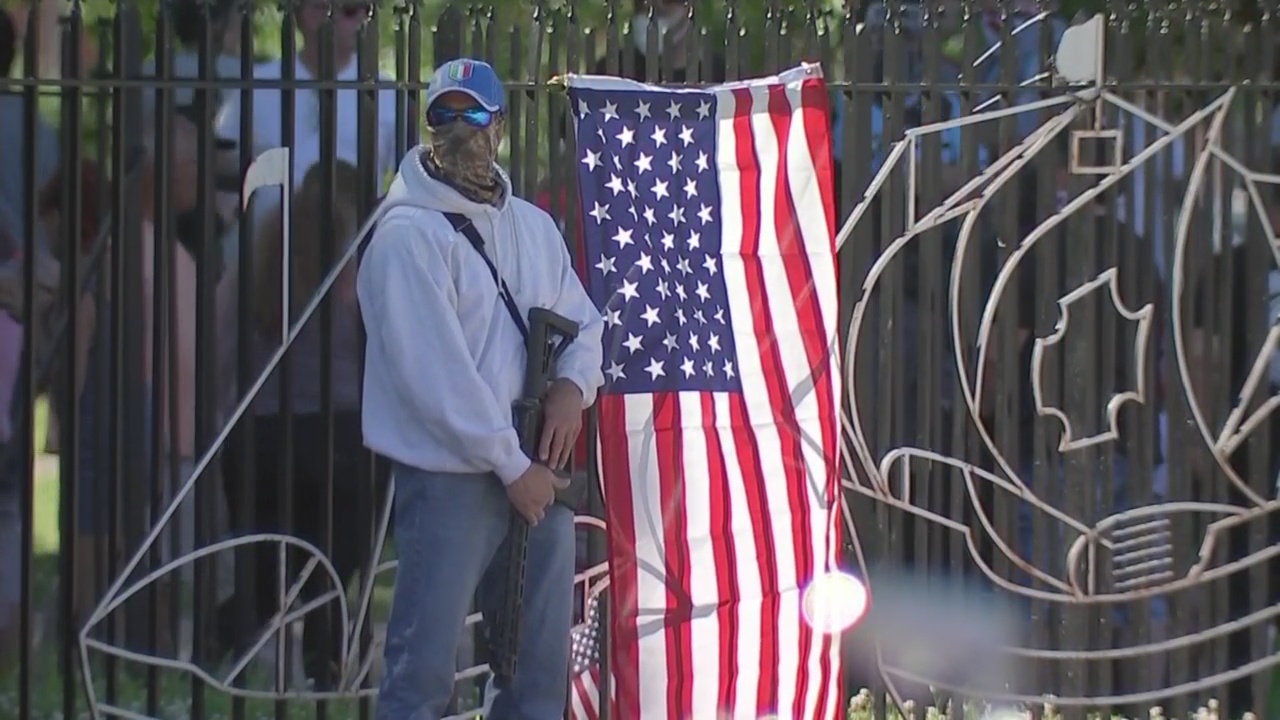 Now, the Internal Affairs Divison of the Philadelphia Police Department is investigating the department's response to this weekend's events at the statue.

"The Christopher Columbus statue has been a source of controversy in Philadelphia, as have similar installations across our country. Christopher Columbus, like many historical figures, has supporters and detractors. For centuries, he has been venerated with the stories of his traversing the Atlantic and "discovering" the "New World." However, his history is much more infamous. Mistakenly believing he had found a new route to India, Columbus enslaved indigenous people and punished those who failed to meet his expected service by severing limbs, or in some cases, murder.

"Surely, the totality of this history must be accounted for when considering whether to maintain a monument to this person. Given that many are now calling for the removal of the statue, and others believe it should remain, I have directed the Art Commission to review the statue, its location, and its appropriateness in a public park. We are committed to listening to all points of view and moving forward in the best way to heal our deep divides.

"I believe that a public process will allow for all viewpoints—especially those of indigenous people whose ancestors suffered under the rule of European colonizers—to be considered. It's also my hope that by initiating this process, the current tensions in Marconi Plaza can end. I urge all South Philadelphians attempting to protect the statue to stand down and have your voices heard through the public process."