PHILADELPHIA (CBS) -- It was real-life terror in Philadelphia. A man is accused of going on a deadly crime spree Monday, killing a co-worker and shooting two police officers before he was finally stopped.

That deadly shooting inside Jefferson University Hospital ended in Parkside near the School of The Future. There were more than 80 evidence markers on the ground after a gun battle between the shooter and police.

One of the officers has been released from the hospital while the other remains at Penn Presbyterian Medical Center as police try to make sense of it all. Philadelphia Mayor Jim Kenney visited the officers earlier Monday morning.

Police rushed to Jefferson University Hospital at 11th and Chestnut Streets in Center City where a police source says 55-year-old Stacey Hayes was wearing scrubs and walked in, went up to the ninth floor and shot a 42-year-old nursing assistant and killed him. The shooting occurred just after midnight Monday.

"There was a male in scrubs with a weapon or a long gun who was firing, potentially firing rounds in the air," Philadelphia Police Commissioner Danielle Outlaw said.

Police say the suspect worked at the hospital as a nursing assistant, but it's still unknown how the two knew each other.

The suspect was wearing body armor and armed with multiple weapons, including an AR-15, according to officials.

Chesley Lightsey, with the District Attorney's Office, says the suspect's motive is unknown, but the preliminary investigation leads them to believe the two were friends and the victim was targeted.

"It is pretty clear as it relates to the murder that happened of a 42-year-old, completely innocent victim, in Jefferson Hospital that the two people knew each other and early indications are that they were actually friends," Lightsey said. "We don't know what the motivation was that caused our suspect to go in and murder the person. But he was clearly, based on everything I know, targeting this individual."

Just after the shooting, officers say the suspect drove off in a U-Haul truck. Police were then called to Parkside in West Philadelphia, where they found a man waving a large gun.

That's when a shootout happened between the gunman and police in a wooded area near School of The Future on the 4000 block of Parkside Avenue.

Police shot the man twice but not before he injured two officers. 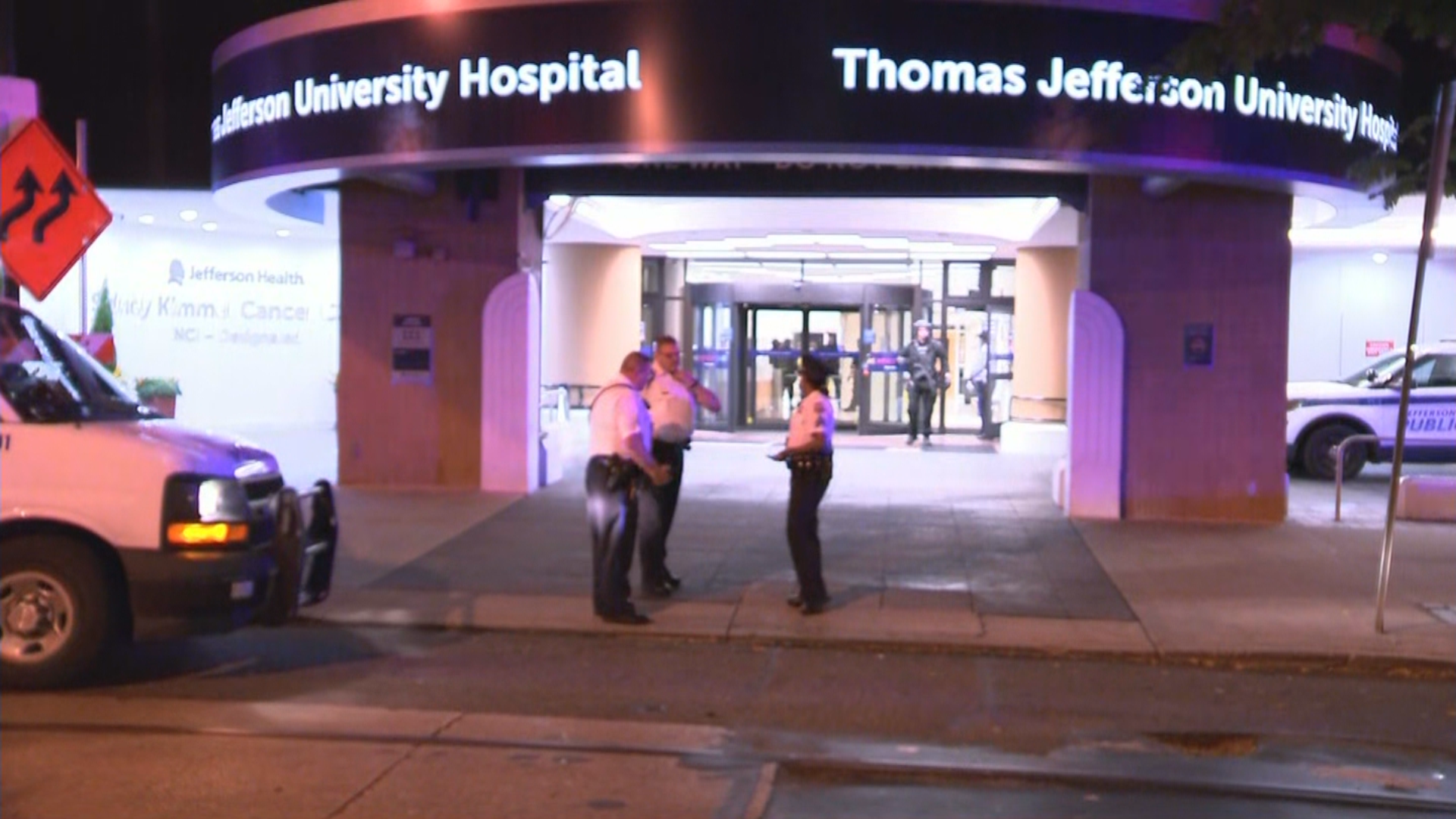 Police say the suspect is now in critical condition but expected to survive.

"The offender struck by the officers was struck in the upper body and in the neck. We learned that he was wearing body armor and was carrying multiple weapons in addition to the long gun which was believed to be an AR-15 and was also carrying some form of a handgun," Outlaw said.

The union that represents Philadelphia police is asking people to pray for the officers involved in the shooting.

Outlaw gave her condolences to the victim's family and acknowledged the officers involved in the incident.

"Early this morning, another active shooter took a person's life in our city," Outlaw tweeted. "My thoughts are with the family of the victim, and our four courageous @PPD16Dist officers - 2 of whom were shot and wounded while apprehending the suspect. Their selflessness and bravery saved lives."

Meanwhile, School of The Future was closed Monday due to the extensive police activity in the area, and students were moved to virtual instruction.

This is the second active shooter since Friday when a man walked into an office in North Philadelphia and shot and killed another man.

"This is yet another example of weaponry that is far too powerful being in the hands of people who shouldn't have access to them. We need common-sense gun laws to stop these tragedies that have become all too frequent," Kenney tweeted.