From the discovery of coffins at an Old City construction site, to a flash mob, a women's march, four men killed and buried on a Bucks County farm, a deadlocked jury for Bill Cosby, and former D.A.  Seth Williams sentenced, to the tragic loss of Roy Halladay in plane crash, here are CBSPhilly's top local stories of 2017: 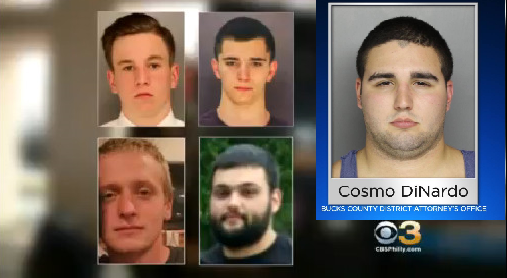 It was a story that gripped the region and nation. Cosmo DiNardo is accused of killing four men -- Jimi Patrick, Dean Finocchiaro, Tom Meo and Mark Sturgis -- and burying their bodies on a farm owned by his parents in July. DiNardo's cousin, Sean Kratz, has also been charged in their murders. Both men have pleaded not guilty. 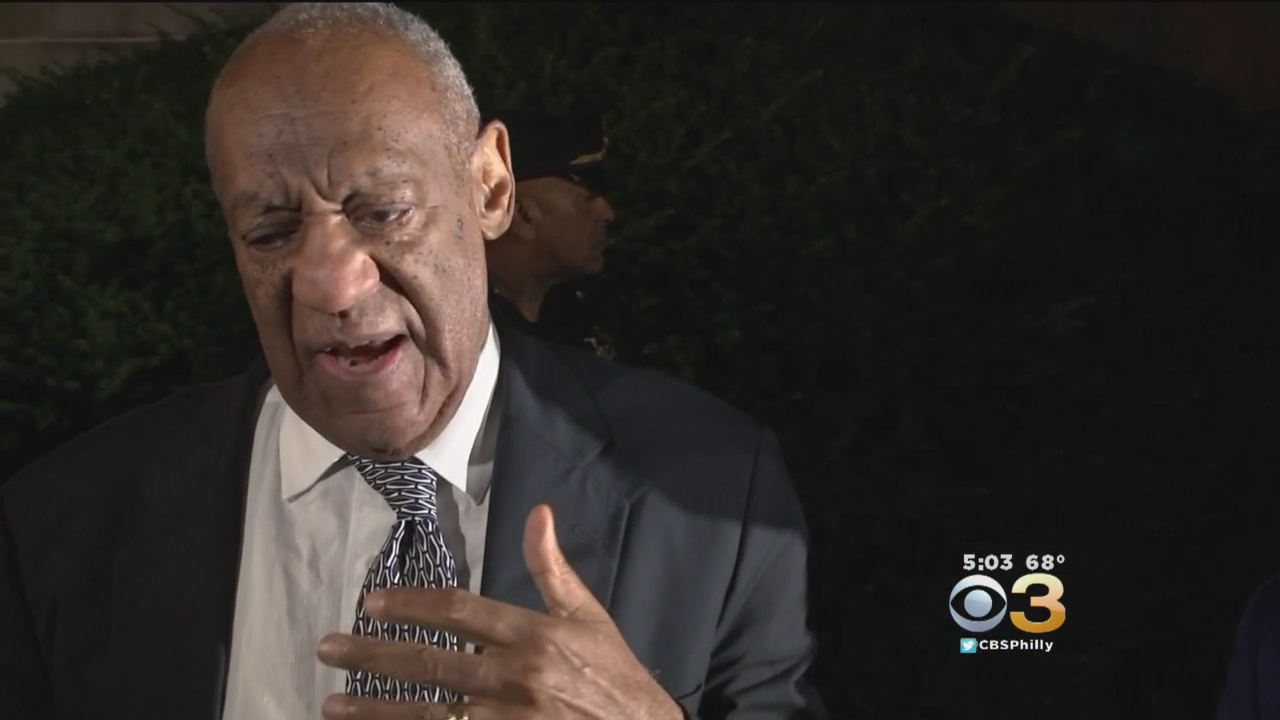 "Hopelessly deadlocked." Those were the words uttered by the jury in the Bill Cosby sexual assault mistrial. The actor and comedian was on trial for allegedly sexually assaulting former Temple University employee Andrea Constand at his home in 2004. Cosby's retrial has been delayed until the spring. 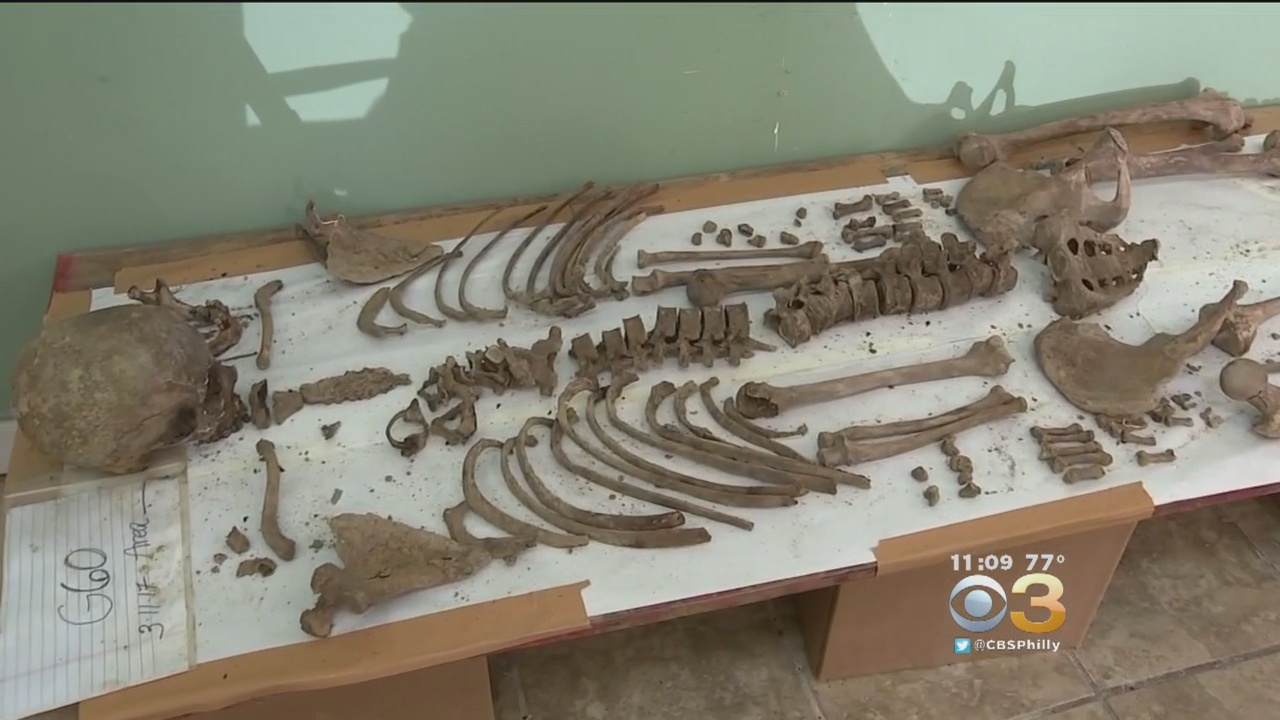 Crews found dozens of coffins in a former parking lot near 2nd and Arch Streets in Old City March, which brought construction of a new apartment complex project there to a halt. The coffins were part of the First Baptist Church Burial Ground established in 1707, when Benjamin Franklin was just a year old. The remains will be reinterred at Mount Moriah Cemetery. 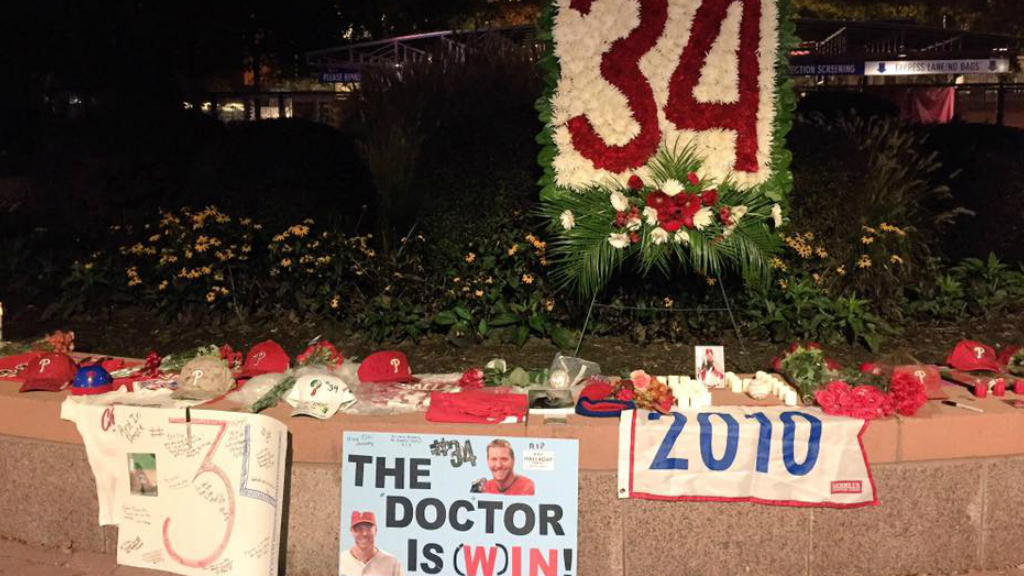 It was a shocking and tragic death that hit to the core of the Philadelphia Phillies organization. Former pitcher Roy Halladay died tragically in a small plane crash in the Gulf of Mexico in November. He threw a perfect game in 2010 for the Phillies and that fall pitched only the second postseason no-hitter in big league history. A 91-minute "Celebration of Life for Roy Halladay" attracted more than 1,000 people to Spectrum Field, the spring training home of the Phillies. 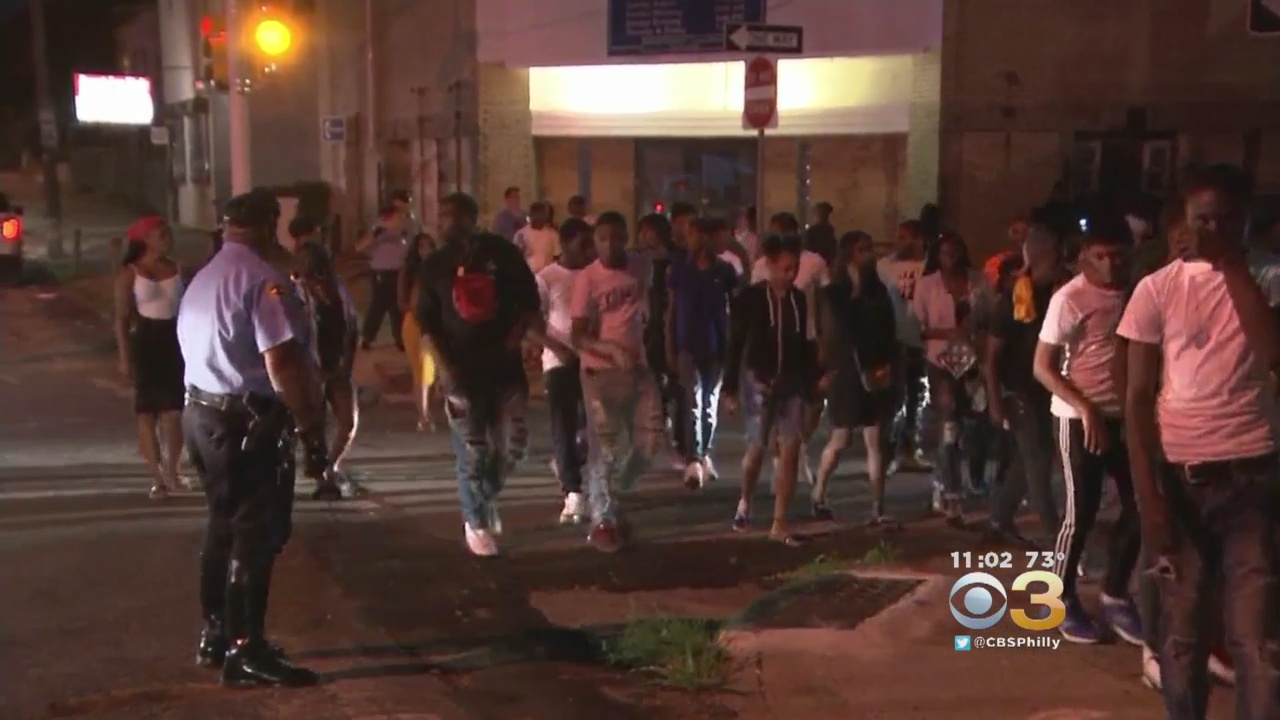 A Center City flash mob netted dozens of arrests in March. At least 30 people were arrested after a flash mob of more than 100 teenagers wreaked havoc, fighting and running in and out of traffic with no regard for others. Police Commissioner Richard Ross says they believe it was planned through social media. 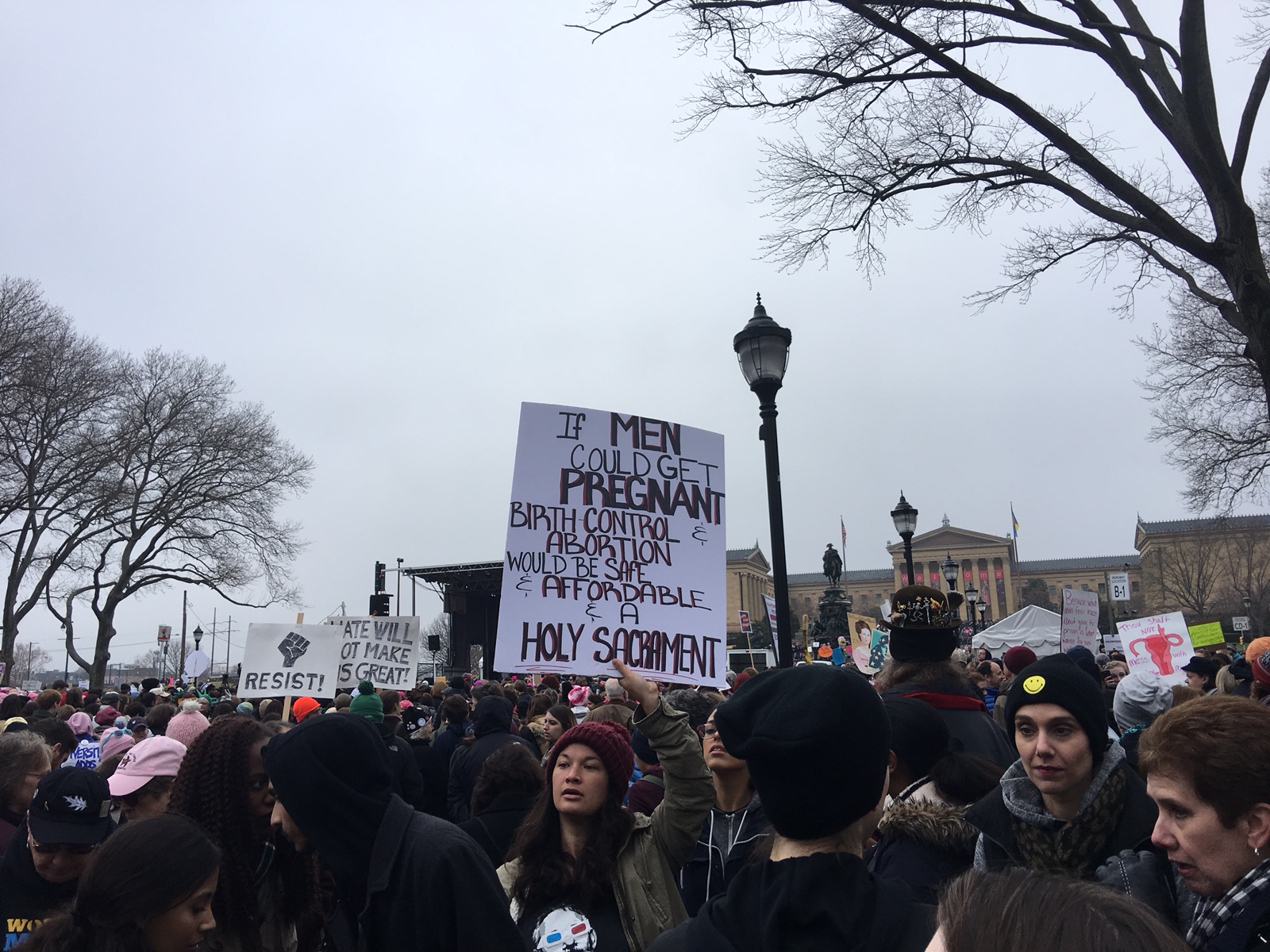 Thousands of people took part in the Women's March on Philadelphia a day after Republican Donald Trump's inauguration as president in January. Marchers held signs, chanted and sang as they walked slowly down the Benjamin Franklin Parkway in an event that was being held in solidarity with similar demonstrations taking place in Washington and around the nation. 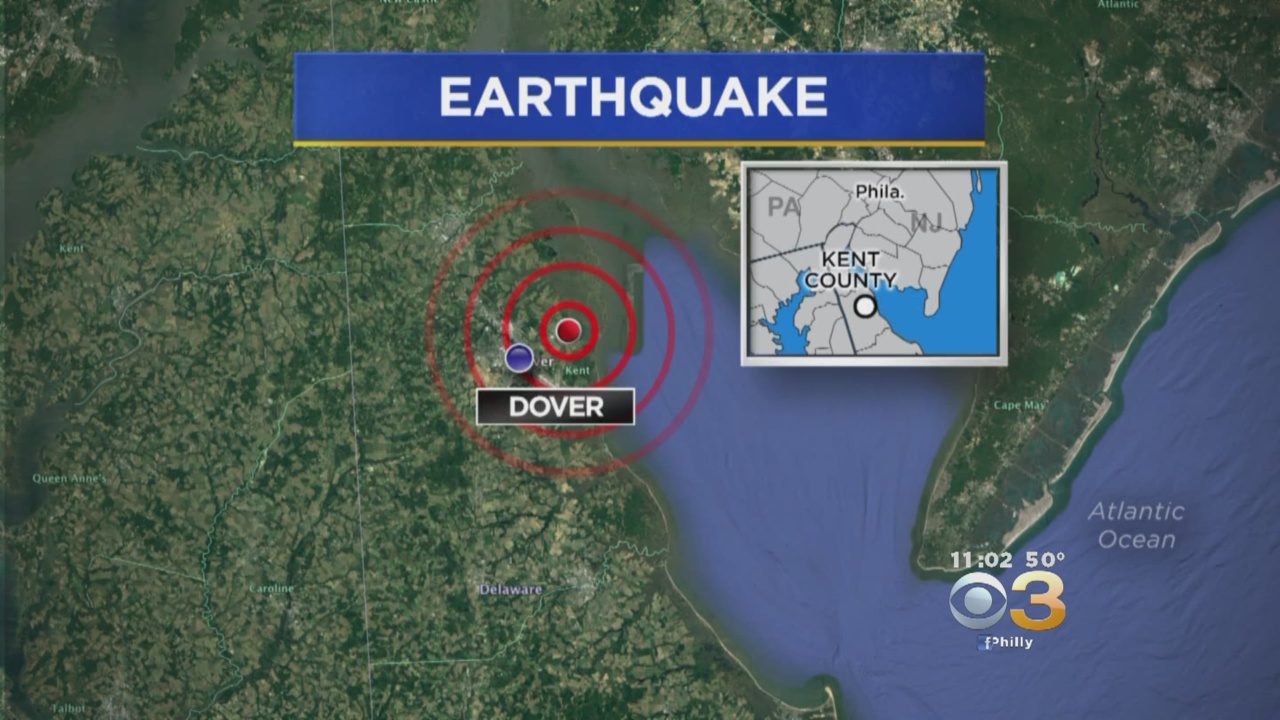 Did you feel it? A 4.1 magnitude earthquake rattled parts of the Delaware Valley at the end of November. Residents across Delaware, Philadelphia, and New Jersey reported feeling the quake. The earthquake was felt as far north as New York and as far south as Baltimore. 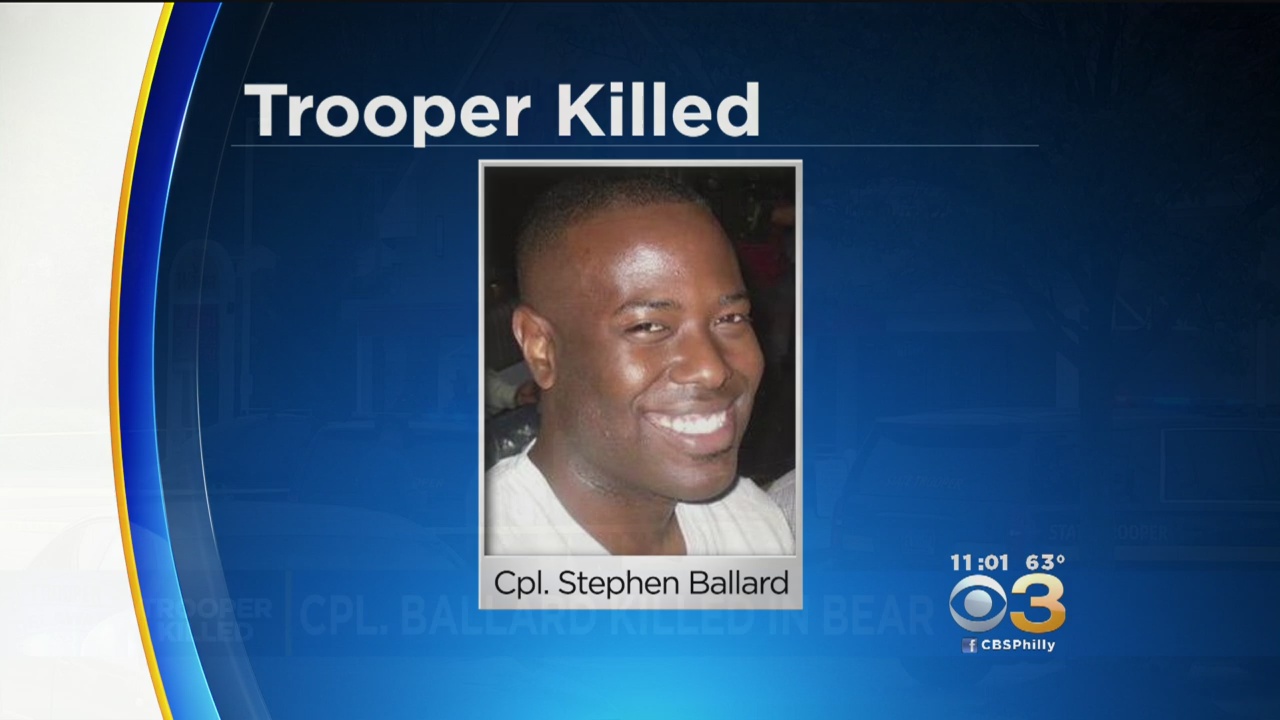 A Delaware State Police trooper was shot and killed outside a Wawa in April. Police say Cpl. Stephen Ballard, 32, noticed suspicious activity inside a burgundy car. When he asked the passenger to step out, that's when the suspect, identified as 26-year-old Burgon Sealy, opened fire. Following the shooting, Sealy was involved in a 20-hour standoff with police after he barricaded himself inside his home in Middletown. He was shot by law enforcement and died at the scene. 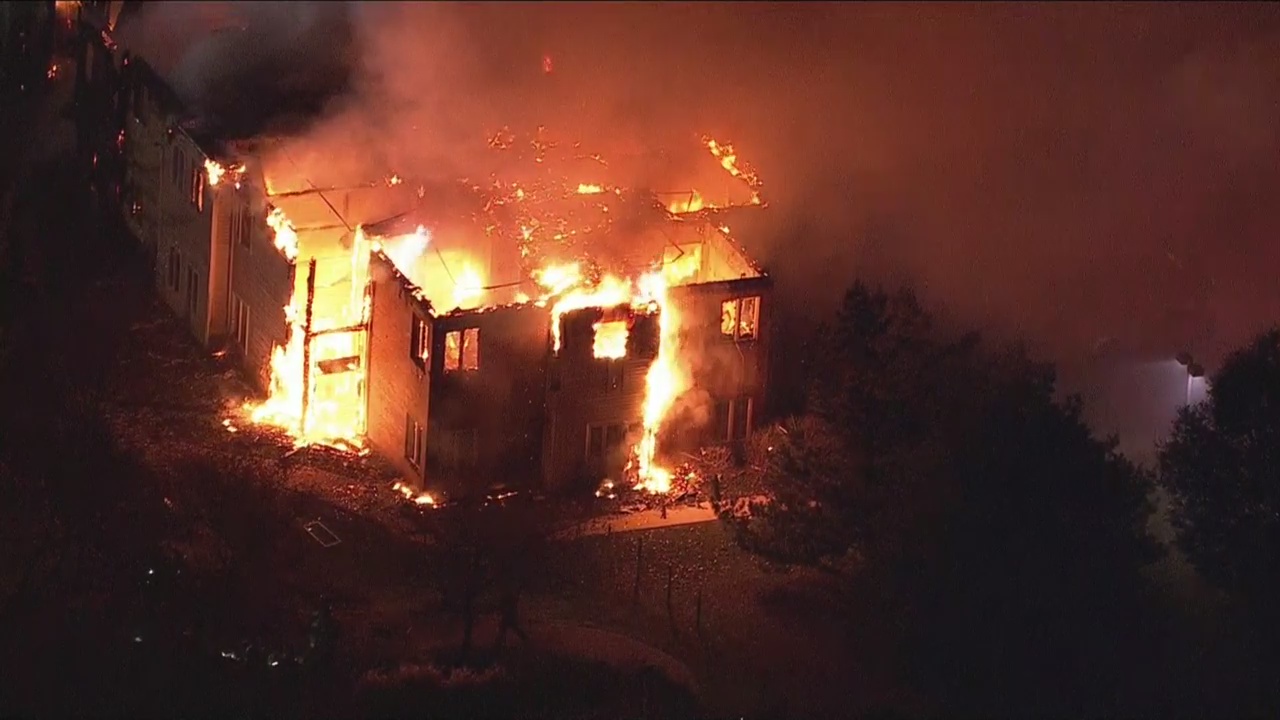 A deadly fire ravaged a senior living facility in West Chester in November. Four people died in the fire at Barclay Friends Senior Center. The fire engulfed the facility on a cold November night. The cause of the fire is still unknown. 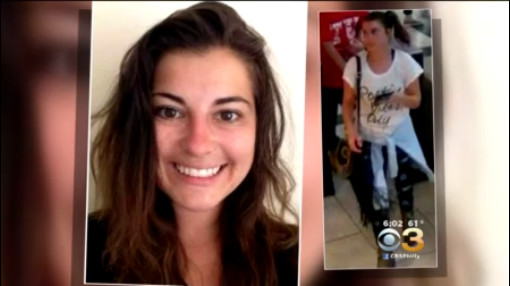 A man has been charged with murder in the brutal death of a 22-year-old Temple University student in August. Joshua Hupperterz, 29, is accused of killing Jenna Burleigh after meeting at a bar on Temple's campus. Prosecutors say Hupperterz transported Burleigh's body from his Philadelphia basement apartment to a shed on his family's property about two hours away. Prosecutors say he enlisted the help of his cousin and a Lyft driver to move a tote with her body inside -- and told both men that books or clothes were inside. 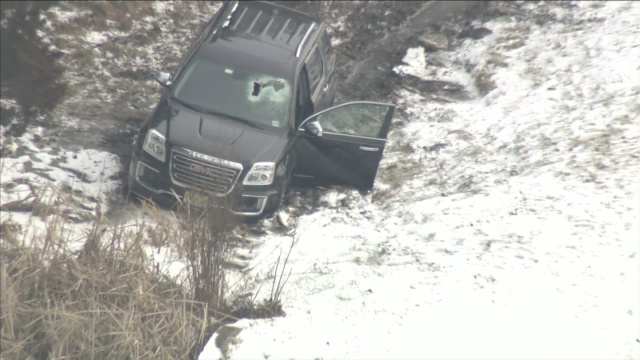 A man dies after being struck by a 50-pound dumbbell while driving on the New Jersey Turnpike in January. Jack DeCarlo, 75, was driving his SUV on the turnpike on Jan. 9 when a 50-pound dumbbell smashed through his windshield, striking him in the head. His wife, Patricia DeCarlo, was not hurt. There is no word on how the incident happened. 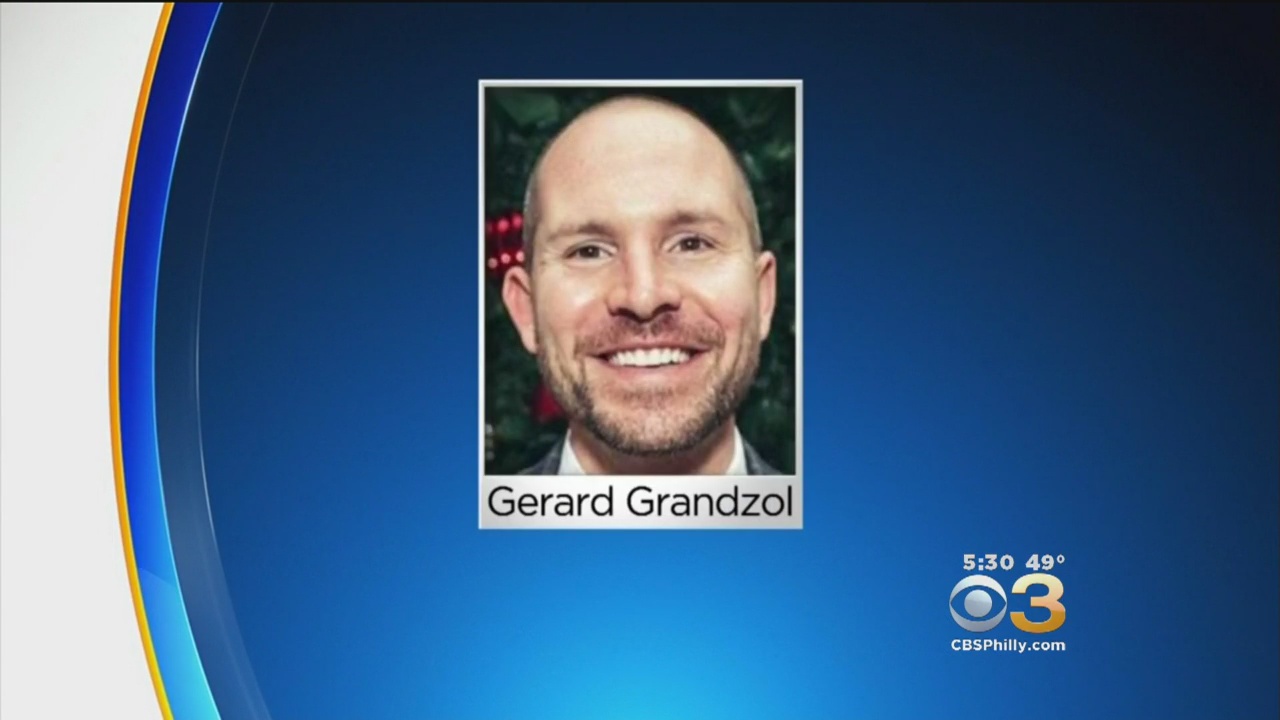 A father was gunned down in front of his daughter in the Spring Garden section of Philadelphia in September. Police say Maurice Roberts, 21, and his 16-year-old brother, Marvin Roberts, shot and killed 38-year-old Gerard Grandzol in an attempted carjacking, as he tried to protect his 2-year-old daughter who was riding in the backseat. 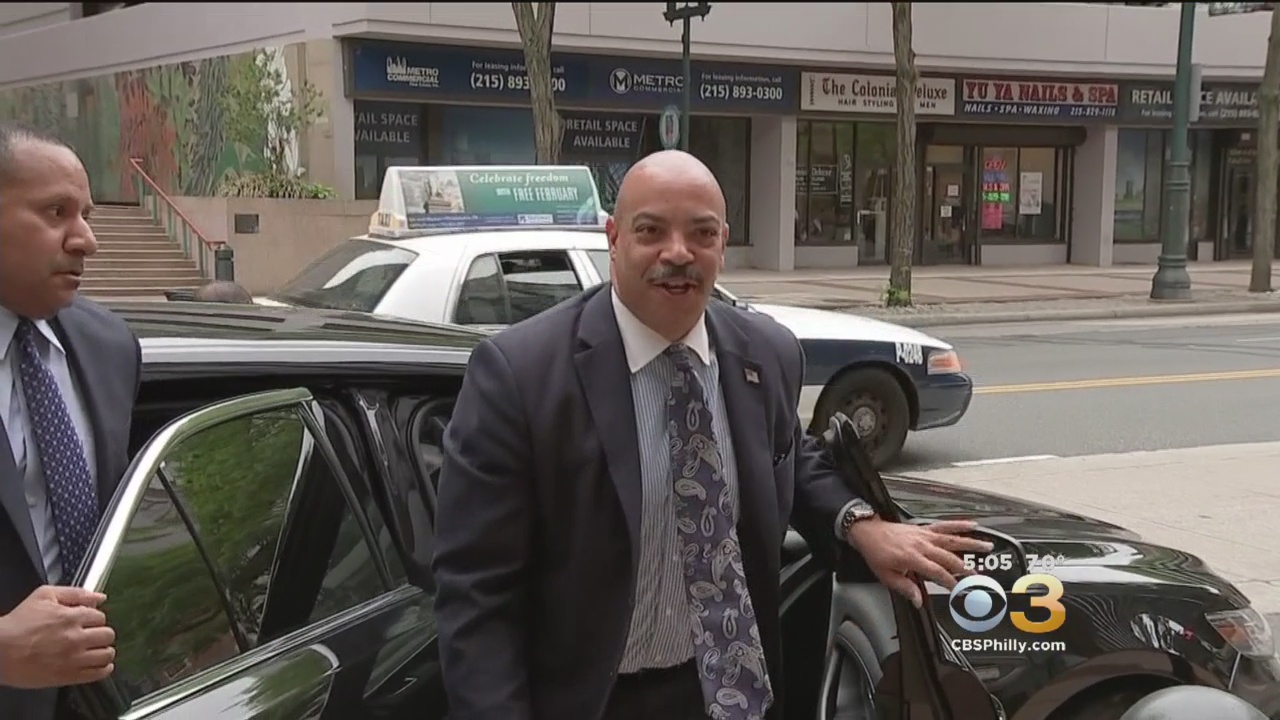 The former top prosecutor for the City of Philadelphia is spending his holidays behind bars. Former Philadelphia District Attorney Seth Williams was sentenced to five years in prison after pleading guilty in a corruption scandal. Williams pleaded guilty to a bribery charge in the middle of his federal corruption trial in June, admitting he took payouts in exchange for official action. He also admitted to defrauding a nursing home caring for his ill mother. 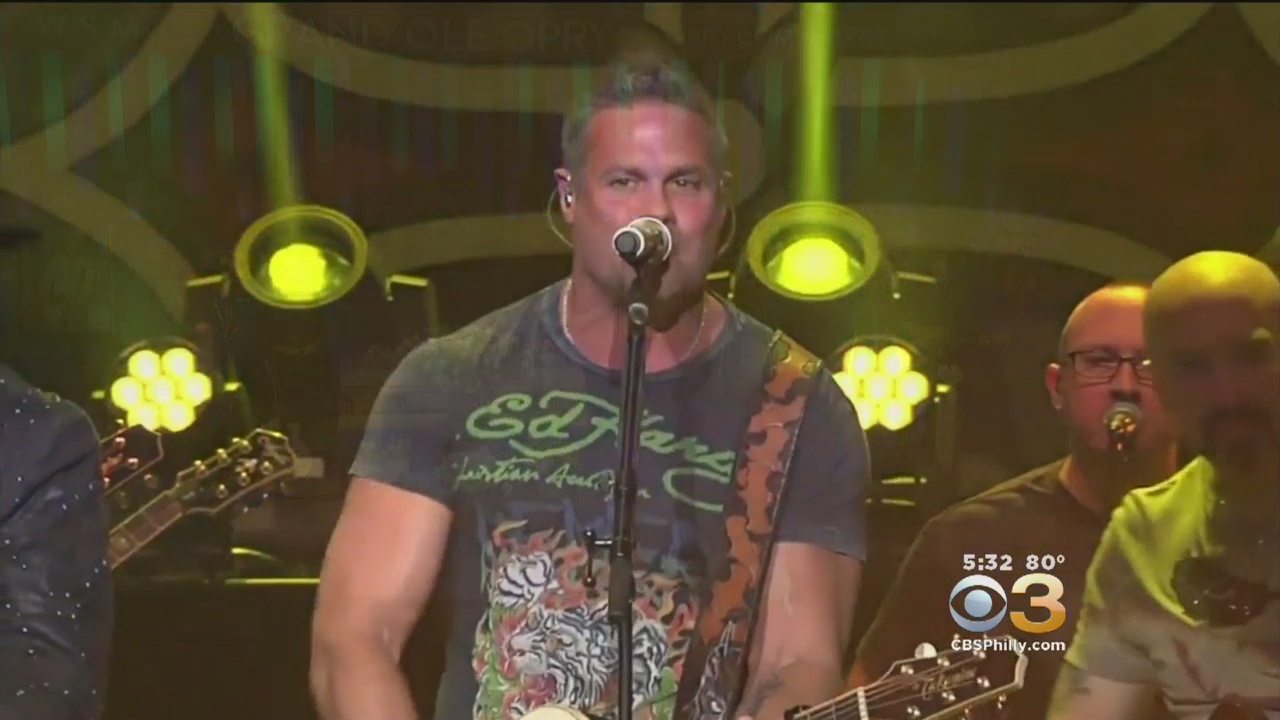 A popular country singer lost his life in a helicopter crash in Burlington County in September. Troy Gentry, 50, half of the country duo Montgomery Gentry, was one of two people who died in the crash in a wooded area on Fostertown Road in Medford at the airport. Pilot James Evan Robinson was giving Gentry a tour of the area with the country band playing a concert at the resort attached to the airport when the crash happened. 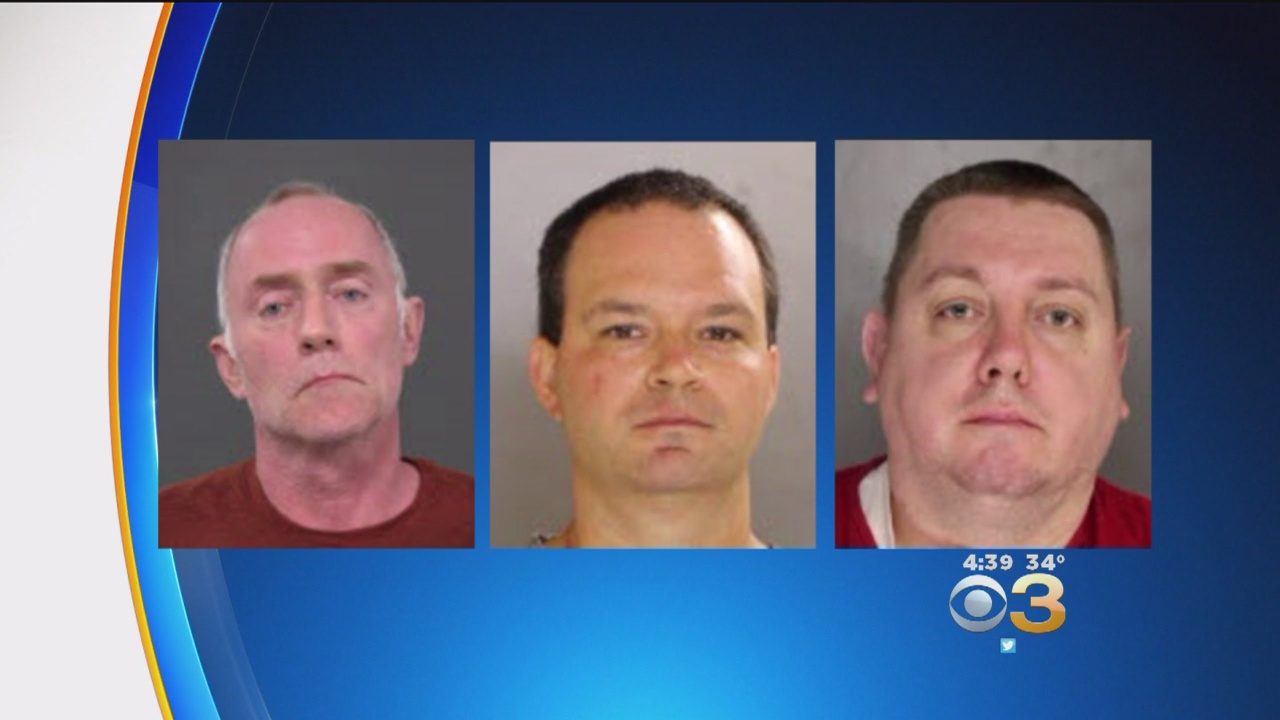 In January, Bucks County authorities made an arrest in a fetish-themed child predator sex ring they say was going on for the better part of a decade. Pennsylvania Attorney General Josh Shapiro said for the last seven years at least four men sexually abused a young boy at sex parties where the men would dress up like different animals. Police arrested 57-year-old Kenneth Fenske of Quakertown for taking part in the sexual abuse ring. 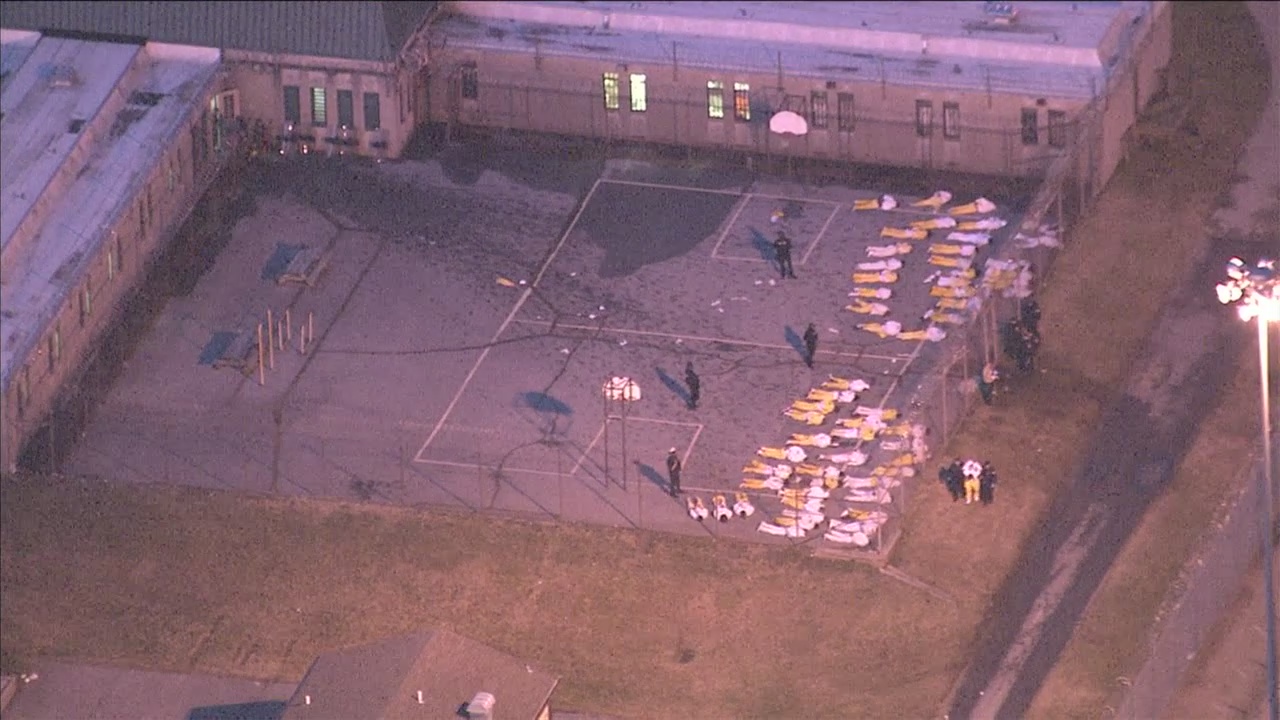 A corrections officer was killed during a Delaware prison standoff that lasted more than 20 hours in February. Sgt. Steven Floyd was killed and two officers were injured in the riot at James T. Vaughn Correctional Center. A final report ordered by Delaware Gov. John Carney found that despite warnings about a possible prison protest at the correctional center, superiors took no action. Now, the Department of Corrections is working to make what officials call "overdue changes."