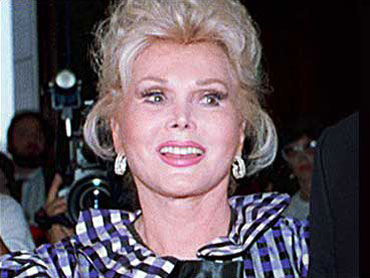 The 93-year-old actress, who remains hospitalized in Los Angeles after a fall in her home earlier this month, is getting a feeding tube, according to Entertainment Tonight.

Her husband, Prince Frederic von Anhalt, told the program that doctors needed to insert the tube so that she could get the nutrients she needs.

Gabor is a patient at Ronald Reagan UCLA Medical Center.

She appeared in films including "Moulin Rouge" and "Touch of Evil." She has rarely been seen in public since a 2002 car accident that left her partially paralyzed.