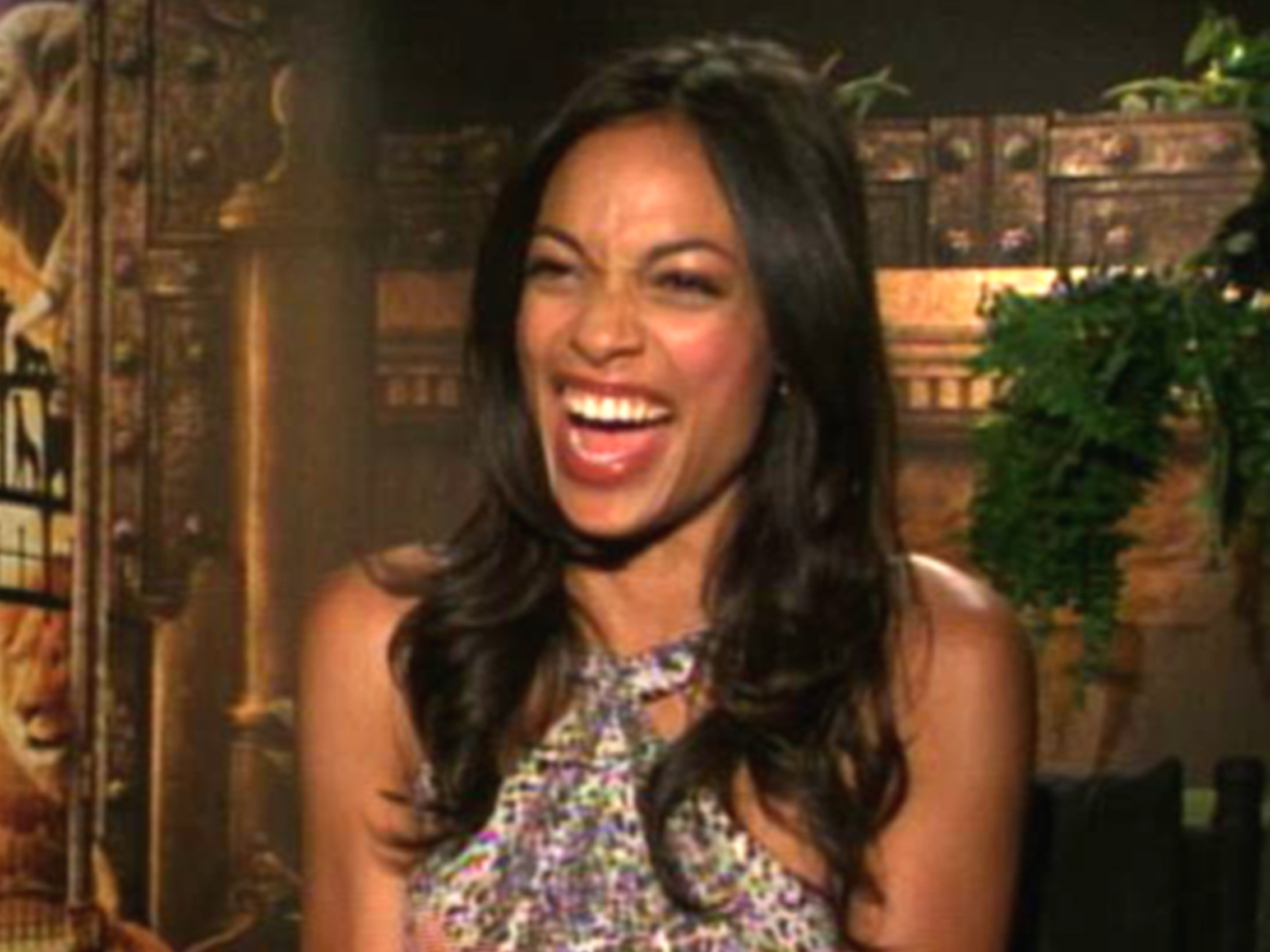 Rosario Dawson is expanding her horizons with her latest film, "Zookeeper," alongside "King of Queens" star Kevin James.

At 32-years-old, the "Sin City" star is hoping to branch out into more comedic roles, and this slapstick farce - with  voices of  Cher and Sylvester Stallone as talking lions - may just do the trick. We sat down with Dawson, who told us about her experiences working on the project.

CBSNews.com: You've been in a wide range of roles throughout the course of your career.  What motivated you to sign up for "Zookeeper"?

ROSARIO DAWSON: I'm a schizophrenic. [Laughs] I really loved this script actually. It was really, really sweet. And I got it. I completely got it. You know, I haven't really done a whole lot of comedy. The ones that I've done have been ones that I just really connected to and felt like I could get. I think so much with comedy is confidence and timing. And you have to...you gotta have the right project to try it out in. ["Zookeeper"] was a big project and if I was going to fall and face plant on this with my comedy, it would just be awful. So I was really grateful to get this job and be able to work with [Kevin James] and all the people on it. There's just so many people on this who sort of up your game. And I love to challenge myself and try on new things and I was so stoked to do this. I'm glad it worked. I really felt...I believed in it and I think the movie's great.

Speaking of your co-star Kevin James, he must have been a lot of fun to work with?

No, he sucked actually, he was really not present. [Laughs] Uhm, you know he was wonderful because he was also a writer on this and a producer on it. So, there was a safety it felt like a little bit, with communicating about what the scene was going to look like and what we would be doing. Because he was so much a part of the creation of this...like he was there and understood all the preproduction of it and it was his friends and like it's important for that. Because he's working with all these animals and you've got to....you know you sort of have to set a bar above about what's happening. And the guy at the top is just the funniest and it just made every day working on this really great. Had he actually been a jerk, which I always joke about but he wasn't, it would have just ruined this entire process. You know, then no one could have there space. And he was just wonderful.

And what was it like working with the animals?

Every single one of these animals seems real. Like it's really talking, the personalities come across. They're working with all different trainers. All different times. And all of it somehow comes together in this amazing symphony. Playing a veterinarian and having to work with these different trainers and work with these animals and get to know their personalities, it was just a revelation about how much work goes into a film like this. It's really incredible to me when you watch ["Zookeeper"] and it looks like they're having a conversation and they're talking to each other and it's funny and...you actually feel like you're getting sage advice [from the animal characters in the movie], that took hundreds of people. And that's just remarkable.

With your experiences with "Zookeeper," are we going to see you in more comedies?

I could only hope. People, come out and check out this movie because if it does well, then I have a shot at doing it again. That would be great.