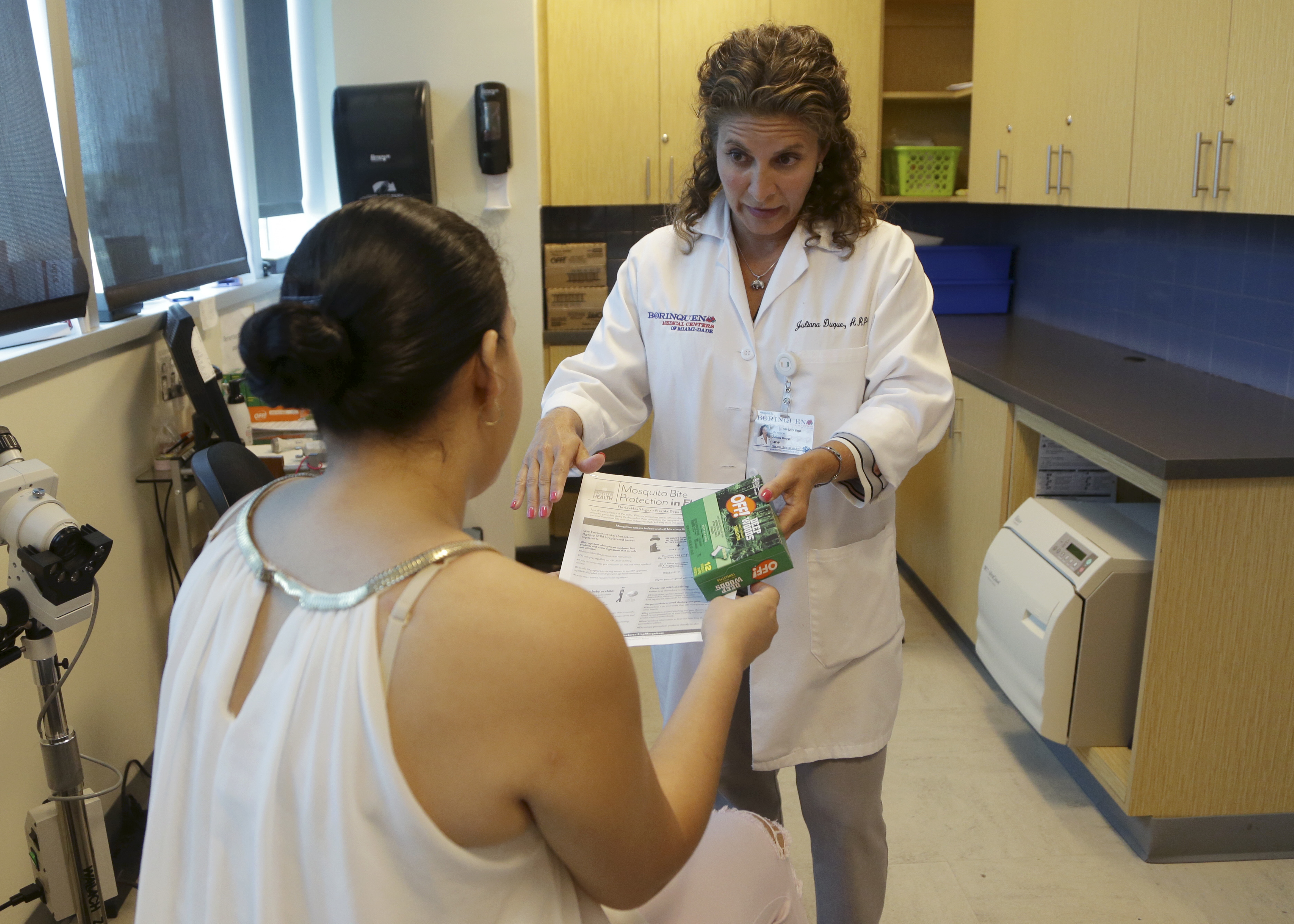 Fifteen cases of locally transmitted Zika have now been confirmed in South Florida, prompting the CDC to issue an advisory warning pregnant women to avoid travel to the one-square mile area of Miami where most of the infections occurred.

The virus, which is primarily spread through mosquito bites, has been spreading at epidemic levels in Latin America and the Caribbean throughout the last year.

Though Zika virus produces only mild symptoms -- or none at all -- in most people who are infected, it is particularly worrisome for pregnant women, because it has been found to cause a severe birth defect called microcephaly in babies.

There is no vaccine or cure for the virus.

With news of Zika's arrival in the mainland U.S., many people have questions about who's at risk, how Zika spreads, and the warning signs to look out for.

How is Zika transmitted?

Zika is primarily transmitted through the bites of Aedus Agypti mosquitoes. When one of these mosquitoes bites an infected person, it can pick up the virus and then spread it others when it bites them.

The species can bite four or five people in one blood meal, meaning it has the potential to spread the virus rapidly, CDC director Dr. Tom Frieden has said.

In a much smaller number of cases, Zika can be sexually transmitted by both men and women to their partners.

Even rarer, additional routes of exposure that have been documented include blood transfusions, organ transplants, exposure in a laboratory setting, and from mother to baby during pregnancy, delivery, or breast-feeding.

What are the symptoms of Zika?

Signs of Zika infection may include:

Symptoms appear within 14 days of the initial infection.

However, about four out of five people who are infected with Zika do not experience any symptoms at all and probably don't know they have it.

"It's very important to understand that those who are experiencing symptoms aren't necessarily a good estimate of how many people have been infected," Dr. Ricardo Lopez, an OBGYN with Orlando Health, told CBS News.

In a small number of patients, the virus can cause more serious neurological problems including temporary paralysis -- a condition called Guillain-Barre syndrome.

Who should be tested for Zika?

Pregnant women who are experiencing Zika symptoms and have traveled to countries where the virus is actively spreading (see CDC's list here) or who live, work, or have visited the one-square-mile Wynwood area of Miami-Dade County in Florida since June 15th -- when the first local infection is believe to have occurred -- should get tested for Zika. A blood test can detect the virus.

Since the majority of people infected with Zika are asymptomatic, the CDC recommends that pregnant women who live in or frequently travel to this area of Florida be tested for Zika during the first and second trimester of pregnancy, even if they don't feel sick.

Pregnant women who may have been exposed to Zika during travel to countries in Latin America or the Caribbean where the virus is actively spreading should also be tested.

During pregnancy, ultrasounds may detect whether a fetus has signs of microcephaly, or a smaller than normal head and possible brain damage. But there is nothing doctors can do to correct the problem.

Since Zika can also be transmitted through sex, it is important that women and men who live in or have traveled to active Zika zones and who have a pregnant sex partner use condoms during sexual intercourse or abstain from sex during the pregnancy, to protect the unborn child.

Women and men who live, work, or travel frequently in areas where Zika is spreading -- including the Wynwood area in Miami -- should speak with their health care provider before trying to get pregnant.

The CDC recommends that women who have traveled to these areas should wait at least eight weeks before trying to conceive. Men who were infected with Zika should wait six months, since the virus may persist longer in semen.

How else can I prevent a Zika infection?

The CDC recommends the following steps to avoid mosquito bites:

While everyone should take these precautions in areas where Zika is active -- as it will help stop the overall spread of the virus -- it is particularly important for pregnant women to protect themselves.

"The bottom line is that this is an irreversible problem," Lopez said. "If you get exposed, we don't have treatments or any vaccines to prevent you from getting Zika."

Lopez notes that some of his patients have expressed concern about DEET, but he emphasized that it is not harmful to the pregnancy. Even though Zika has not yet spread to Orlando, where he works, he is recommending that his patients be proactive in preventing mosquito bites.