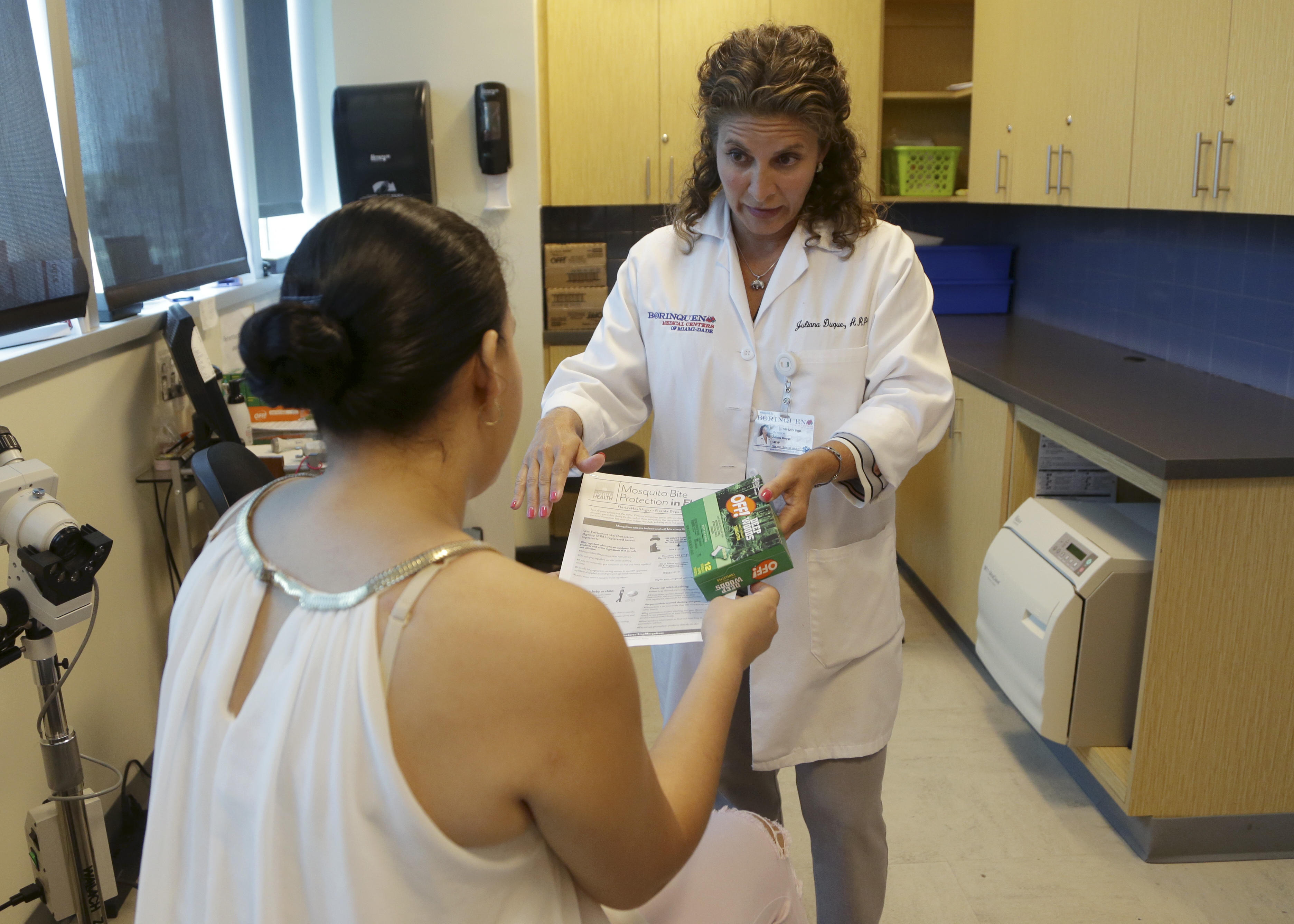 Two tourist areas in Miami-DadeCounty, Florida – the Wynwood neighborhood and South Beach, one of the most popular vacation spots in the world – are home to at least 37 locally transmitted Zika cases.

There are 69 pregnant women in Florida who have been infected with Zika, which has been linked to babies born with microcephaly and can impact the size of a child’s head. The disease could potentially cause seizures, developmental delays, and additional mental and physical problems.

Christina Frigo is from the Miami area, but relocated to Chicago earlier this month. She plans to stay there for the remainder of her pregnancy.

“You could put a box on a map but you can’t keep the mosquitoes in that box,” Frigo said. “You just inconvenience yourself so that your baby is safe.”

The two areas in Miami-Dade County are designated Zika zones, but concerns about Zika spread far beyond them, reports CBS News correspondent David Begnaud. Katrina Barnard’s third child is due in December. Although she lives outside the Zika zones, she’s scared to leave her Miami-Dade County home.

“This isn’t a cold; it’s life or death,” Barnard said. “Seeing all of these poor babies with microcephaly and seeing women having to make the choice to either not continue their pregnancy or to just be dealt a really hard hand,” Barnard said.

Florida Governor Rick Scott is facing criticism for his handling of information about Zika. For the third day in a row, Miami Beach Mayor Philip Levine took aim at Scott for failing to tell city leaders about Zika cases on Miami Beach before he notified the public.

“What the governor did is, he not only blindsided me; he blindsided our administration,” Levine said. “I think it would be more useful in the future to let the elected leaders, let the administrations, know what’s going on so we can take the necessary steps.”

Scott fired back, saying he had reached out to Mayor Levine, who “unfortunately didn’t return my phone call.”

As the peak of hurricane season nears, any standing water left from those storms could help the spread of Zika. In fact, officialsare so concerned that Miami-Dade County has started fining for standing water, but even a little could be a problem – the mosquito that spreads the disease only needs a bottle cap to spawn.