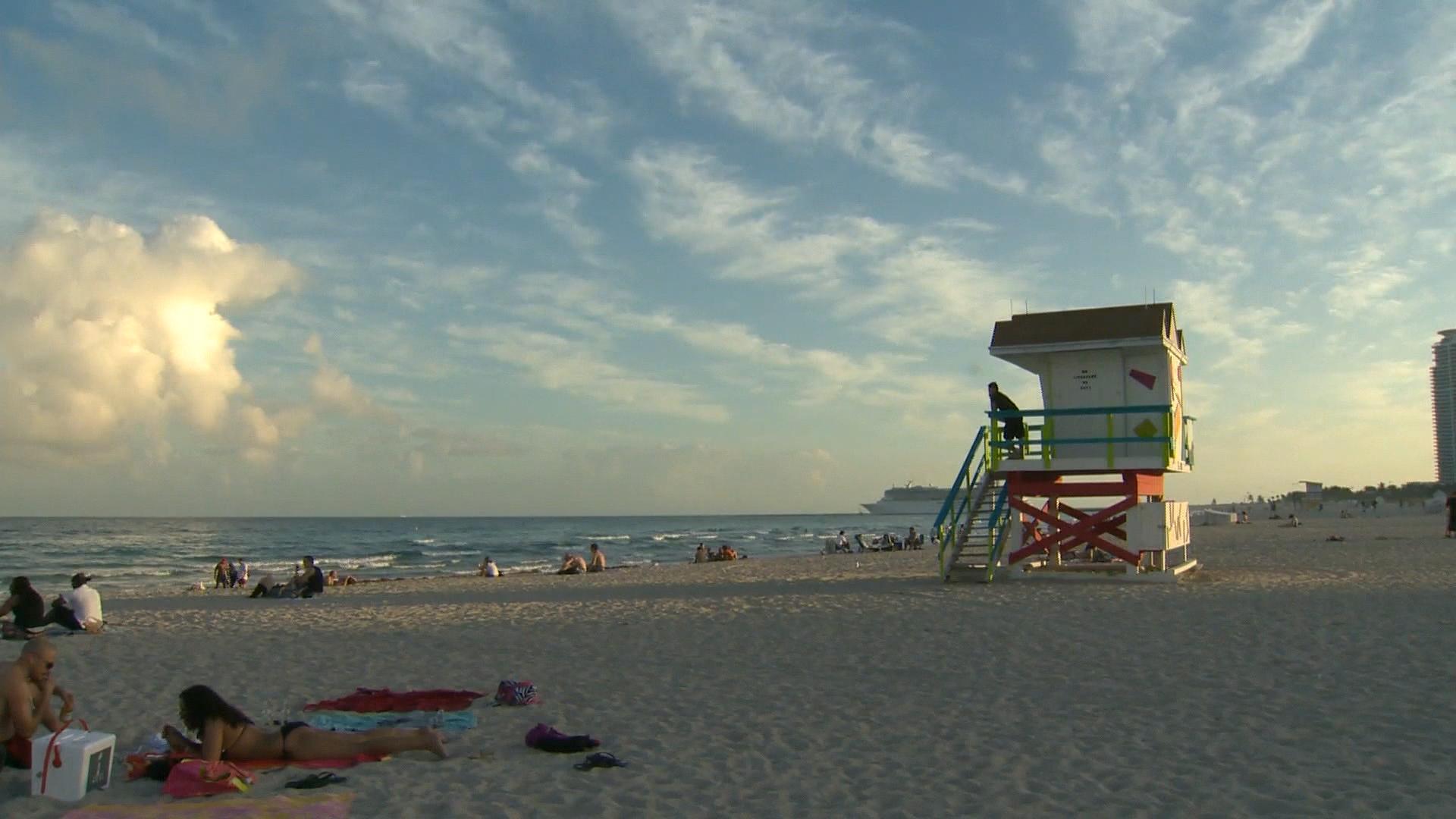 MIAMI BEACH, Fla. -- Despite weeks of spraying insecticide in the Miami area, the Zika virus continues to spread in South Florida.

Health officials have identified a new Zika zone in Miami Beach, which is across Biscayne Bay from the initial Zika zone. Five people have been infected, apparently by local mosquitoes, there.

The new cases bring the total number of mosquito-borne infections in the area to 36.

The Zika virus can cause severe birth defects.

The CDC is advising pregnant women and their partners to postpone travel to the two areas in Miami-Dade County where Zika is being spread by mosquitoes: the designated areas in Wynwood and Miami Beach. In addition, the CDC says, “Pregnant women and their sexual partners who are concerned about potential Zika virus exposure may also consider postponing nonessential travel to all parts of Miami-Dade County.”

The crowd at Miami Beach was a little smaller than usual for a 90-degree Saturday.

Some might say you could blame it on Zika.

“Now that I’m here and I know it’s close I feel afraid, and the first thing I just wanna go back,” Bianca Prado said.

“It’s so dangerous for us because we are on holidays,” Sol Avila said.

Aerial mosquito spraying is not effective in Miami Beach due to the high-rise buildings and strong ocean gusts. On Saturday, ground spraying was done at private homes.

The city is warning people that any standing water on their property could result in a fine.

The new Zika zone in Miami Beach -- a 1.5 mile stretch -- is nearly seven miles from the original Zika zone north of downtown Miami.

The CDC says the first Zika infection on Miami Beach can be traced to mid-July.

According to Levine, Miami Beach only found out it had Zika cases when Florida Gov. Rick Scott mentioned that fact in a press interview on Friday. There was no heads up to local officials, he said.

“It’s very frustrating that the governor literally has been using this and his press conference to score political points. I mean, it’s a shame,” he said.

CBS News contacted the governor’s office, which said it called Levine Friday and again Saturday, but could not reach him.

Dana Bator of Chicago canceled her plans to visit Miami even before the advisory.

“I don’t want to be a guinea pig and I don’t want my unborn child to be one either,” she said. “The birth defects are so devastating that it’s not worth the risk.”