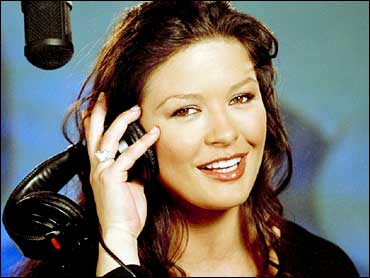 A woman has pleaded not guilty to felony charges she stalked actress Catherine Zeta-Jones by calling and sending her threatening letters, authorities said Wednesday.

Dawnette Knight was arrested June 3 at her Beverly Hills apartment and charged with one count of stalking and 24 counts of criminal threats dating to Jan. 2, 2003, said Sheriff's Lt. Joe Impellizeri.

Knight, who was arraigned last Thursday, is being held on $1 million bail.

"We felt she was a flight risk," said Impellizeri, adding Knight is not employed in the area and has no family ties.

Knight, 32, is set to return to court June 29 for a preliminary hearing, said district attorney spokeswoman Sandi Gibbons. If convicted, she could face anywhere from probation to 19 years in prison.

He said sheriff's officials were able to trace several letters and phone calls to Knight, including one to Austria where Zeta-Jones was filming "Ocean's Twelve."

"The letters and phone calls became more violent and specific," said Impellizeri, who declined to elaborate.

Knight's motive was unclear, as was any connection she might have to Zeta-Jones. "It could be that she was an obsessed fan, or a past employee or worked on a movie set, we don't know," Impellizeri said.

A statement released Wednesday by Zeta-Jones' publicist, Cece Yorke, said that the actress and her family were "greatly relieved that the suspect is in custody."