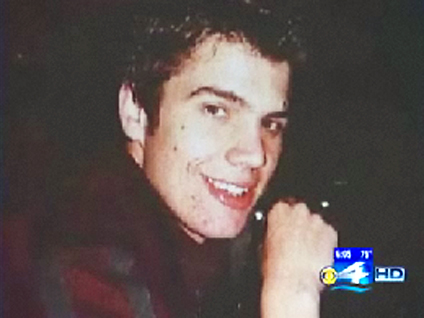 MIAMI (CBS/WFOR) Zeke Rucker suffered a crushing head injury while vacationing in Cancun, Mexico for spring break. The injury has left him in a coma at a Miami hospital.

The 21-year-old Rutgers University graduate was flown to Miami after being injured two weeks ago at an ocean-front resort in Cancun. His parents believe he was attacked.

"It's apparent that there was some random act of violence," said the young man's father, Joe Rucker.

Zeke's mom, Annie, said a hotel security guard found her son on the resort property "with his skull bashed in." The parents say their son suffered two fractures to the back of his skull. They don't believe the injuries could have been caused by an accident.

Their son traveled to Cancun despite U.S. State Department warnings about rising violence in some parts of Mexico. His parents thought he would be safe in Cancun, an ocean resort town. Zeke remains under heavy sedation, comatose at Jackson Memorial hospital.

"It's heartbreaking," his mother said. "His eyes are open, but not focused. We don't know if he even recognizes us."

The parents flew to Mexico from the family home in New Jersey when they learned of their son's injury, then accompanied him on the transfer to Miami. They said the Mexican police seemed uncaring about their son's case. "They're not compassionate," Annie Rucker said. "The police never even met with us."

The Ruckers said they now regret giving their son the trip to Cancun, a gift following his December graduation from Rutgers.

Zeke Rucker was to suppose to start law school in the fall. Those plans are now on hold as he faces uncertain prospects for recovery, and his parents anguish at his bedside.

"We're just waiting to wake up from the worst nightmare of our life," his mother said.