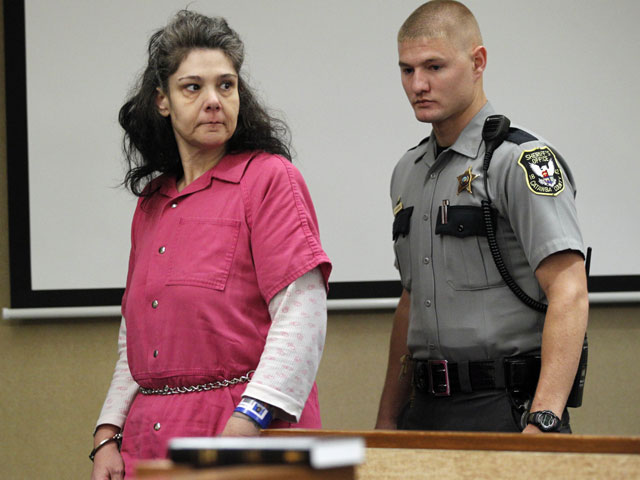 The 43-year-old entered a guilty plea to second degree murder, with aggravating factors that included desecrating the body of Zahra Baker, who wore a prosthetic leg and hearing aids after a struggle with bone cancer.

Elisa Baker also pleaded guilty to obstruction of justice in the case, and to charges unrelated to Zahra's death, including obtaining property by false pretenses and financial identity fraud.

The plea deal revealed unknown details about the case including the fact that when Zahra died Elisa Baker helped police find Zahra's body - but only after there were 58 searches over the span of about 2 weeks, reports CBS affiliate WBTV.

Parts of Zahra's body were found in multiple sites around Hickory, N.C. months after her disappearance was reported. Her armbone, prosthetic leg, torso and pelvic area were found, investigators said in court Thursday. But her head and many other body parts were never found. A saw, which police believe was used to dismember Zahra, was also found.

After the plea was announced Thursday morning, the prosecutor in the case said that the family of Zahra is entitled to the cost of transporting the child to Australia for a proper burial.

Adam Baker, Zahra's father and Elisa's husband, was present in the courtroom, 40 miles northwest of Charlotte. Adam Baker, who came to the U.S. with his daughter after meeting Elisa online, faces multiple criminal charges of his own, although none are related to his daughter's death.

Elisa Baker's guilty plea comes almost a year after Zahra was reported missing from her home in Hickory. Initially, she and Adam told police they believed their daughter had been kidnapped, but that story quickly unraveled as police arrested Elisa and charged her with forging a ransom note.