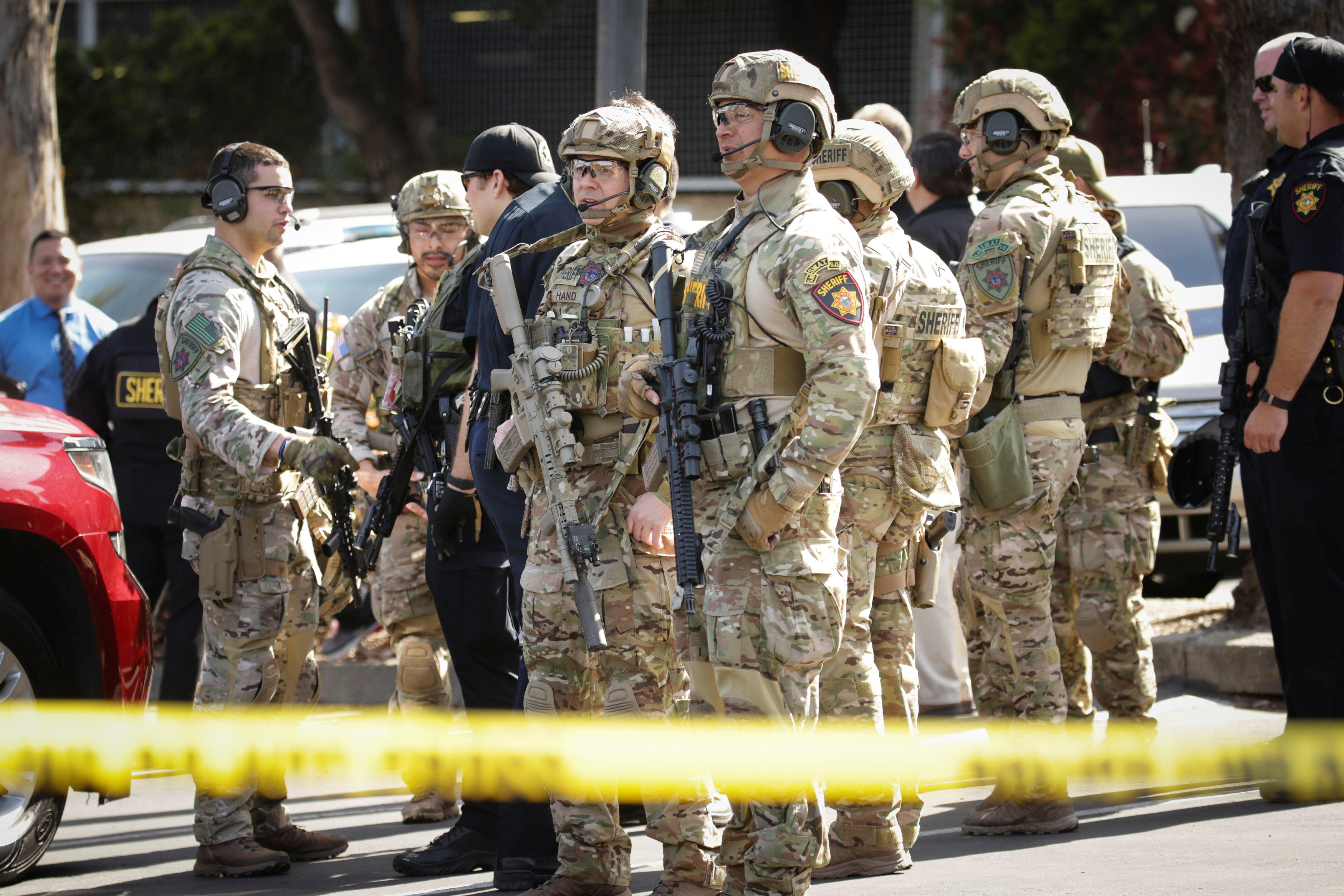 Investigators said late Tuesday there's no evidence Nasim Aghdam, 39, of San Diego, knew her victims or specifically targeted any of them when she pulled out a handgun and fired off several rounds in a courtyard at the company's headquarters south of San Francisco. Members of her family told CBS L.A. they didn't think she knew anyone at YouTube.

Earlier reports indicated she may have known one of her victims and initially asked for the male victim by name.

Aghdam's father, Ismail Aghdam, told CBS L.A. his daughter had gone missing for a few days. He said he had called law enforcement in the San Diego area because he was concerned about her recent ire toward YouTube.

He said authorities contacted him Tuesday at 2 a.m. to tell him they'd found his daughter safe in her car in Mountain View in Northern California, about 30 miles from YouTube headquarters. When the family realized that was near YouTube headquarters in San Bruno, they told police about her recent complaints about how the company was "ruining her life." They claim police told them they would be keeping an eye on her.

Nasim Aghdam used the name "Nasime Sabz" online. A website in that name decried YouTube's policies and said the company was trying to "suppress" content creators.

"There is no equal growth opportunity on YOUTUBE or any other video sharing site, your channel will grow if they want to!!!!!" !" one of the messages on the site said.

Ismail Aghdam told the Mercury News his daughter became angry with YouTube after the company stopped paying for the content she posted online.

In a since-deleted video on the site, Nasim Aghdam, who would have turned 40 in two days, complained that YouTube had started filtering her page and adding age restrictions to keep her viewership down.

Her family told CBS L.A. she'd been making a living as a YouTube personality. She posted upbeat videos of herself dancing and singing in English, Farsi and Turkish in front of a green screen. She was an animal rights activist and exercise devotee, and talked about going vegan.

She had more than 10,000 subscribers on her YouTube channels, all of which have now been taken down.

Ismail Aghdam said that, as far as he knew, she had never owned a gun and he had no idea where she got one. He said the family is "devastated" by what happened.

On Monday, he called police to report his daughter missing after she didn't answer the phone for two days and warned officers that she might go to YouTube, he said.

CBS News contributor Nick Thompson says he visited YouTube headquarters two weeks ago and there was essentially no security -- no metal detectors or anything similar. "You do have to badge through to get to the courtyard but I was able to just walk in there behind someone else when they opened the door," he says.

YouTube employee Dianna Arnspiger said she was on the building's second floor when she heard gunshots, ran to a window and saw the shooter on a patio outside.

"It was a woman and she was firing her gun. And I just said, 'Shooter,' and everybody started running," Arnspiger said.

She and others hid in a conference room for an hour while another employee repeatedly called 911 for updates.

The world's biggest online video website is owned by Silicon Valley giant Google, but company officials said it's a tight-knit community. The headquarters has more than a thousand engineers and other employees in several buildings. Originally built in the late 1990s for the clothing retailer Gap, the campus south of San Francisco is known for its sloped green roof of native grasses.

Inside, Google several years ago famously outfitted the office with a 3-lane red slide for workers to zoom from one story to another.

YouTube CEO Susan Wojcicki said in a tweet the company would "come together to heal as a family."