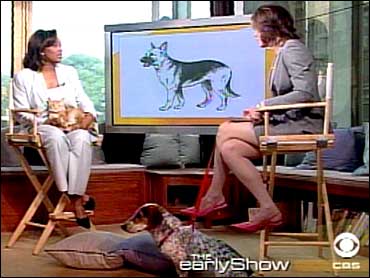 Just because your family pet can't actually speak to you doesn't mean it isn't trying to tell you something. In fact, the body language of most cats and dogs should be enough to present a clear picture of the animal's thoughts and feelings.

Veterinarian Debbye Turner shows The Early Show a number of different positions of both our canine and feline friends, and explains what they mean:

Emotions of dogs, says Turner, are expressed this way: