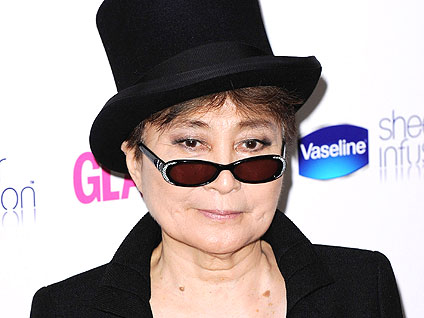 NEW YORK (CBS) The man who killed former Beatle John Lennon, Mark David Chapman, still does not get a pardon from Yoko Ono.

The widow of the legendary music artist John Lennon has written a letter urging the parole board to deny Chapman's sixth bid for parole. Ono has consistently opposed his release since Chapman became elgible for parole in 2000.

According to the New York Daily News, he is scheduled to be interviewed by a three-member parole board panel during the week of Aug. 9. Ono's attorney, Peter Shukat said that "Her position has not changed."

In the letter, Ono, 77, wrote that if Chapman is released, "I am afraid it will bring back the nightmare, the chaos and confusion once again. Myself and John's two sons would not feel safe for the rest of our lives."

Ono also wrote that Chapman, now 55, would not be safe if allowed back on the streets.

Dec. 8 will mark the 30th anniversary of the day John Lennon was killed outside New York's s famed Dakota apartment building as he and Ono returned home from a recording session.

Chapman is serving a 20-years-to-life sentence in Attica, a New York State prison. Because of his notoriety, he is housed in a special unit apart from the general population. Despite some early minor prison violations, Chapman's record has been clean since 1994.

In previous parole interviews, Chapman has blamed jealousy and emotional problems for his decision to kill his one-time idol, who would be 70 this October.