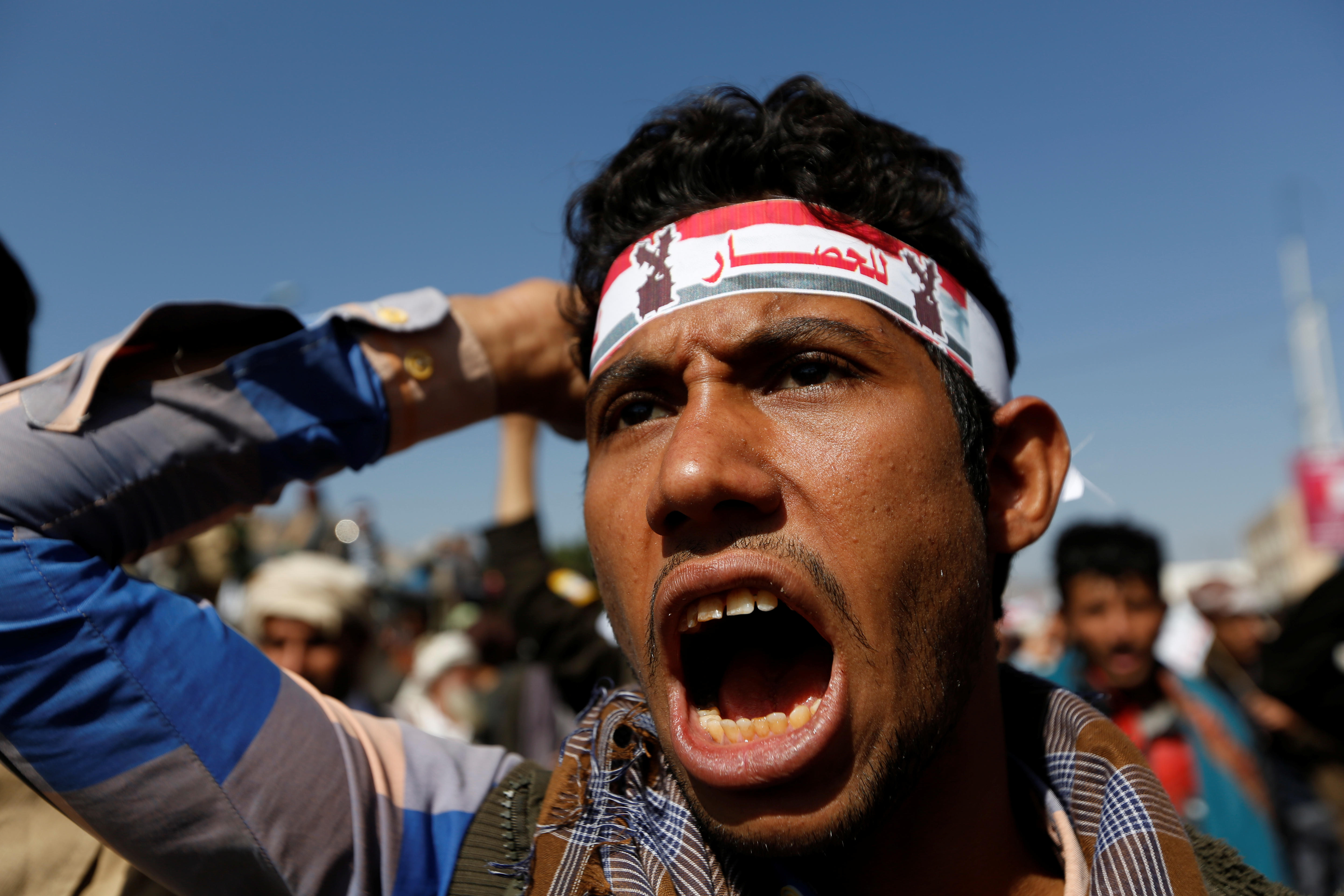 SANAA, Yemen -- The Saudi-led military coalition fighting Shiite rebels in Yemen said Wednesday that it will reopen the war-torn country's main airport and a vital Red Sea port to humanitarian traffic, easing a blockade imposed after rebels fired a missile toward the Saudi capital earlier this month.

The easing is to begin on Thursday.

The airport in the capital of Sanaa would reopen to U.N. aircraft and the sea port of Hodeida would be able to receive urgent humanitarian aid, the coalition statement said.

It was not immediately clear, however, if port operations will return to pre-blockade levels.

"It is good news, but we are still waiting to see the specific details," said Jamie McGoldrick, the U.N. humanitarian chief for Yemen.

Haq said the U.N. is monitoring developments and has "made clear the tremendous amount of needs on the ground."

In an interview just before the coalition's announcement, McGoldrick told The Associated Press that a continued blockade would make Yemen's long-suffering population more vulnerable to cholera and famine.

Millions in Yemen are at immediate risk if food aid and the supply of fuel for pumping clean water are interrupted, he said.

About 7 million people in Yemen -- out of a population of 27 million -- depend entirely on food aid, and 4 million rely on aid groups for clean water.

A disruption of water supplies could reverse recent gains in containing the spread of cholera, he added.

It was not clear if fuel imports, crucial for supplying clean water, would resume as part of the easing of the blockade, he said.

McGoldrick said his office put in a request to fly U.N. staff to Sanaa on Thursday.

Hundreds of humanitarian staffers from nearly 50 agencies are stranded in Yemen or unable to enter the country, said a Sanaa-based U.N. official.

Ahmed Ben Lassoued of the United Nations Office for the Coordination of Humanitarian Affairs said 32 flights have been canceled since Nov. 6, when the coalition ordered a tightening of the Yemen blockade.

The blockade is "severely hampering humanitarian operations, impeding humanitarians to provide much-needed assistance to millions of people who rely on it for their survival," Ben Lassoued said.

Earlier Wednesday, two flights landed in Sanaa airport for the first time since the tightening of the blockade. One flight evacuated five staffers of the International Committee of the Red Cross, according to Soumaya Beltifa of the ICRC in Yemen.

A second flight carried Russian diplomats, according to an airport official who spoke on condition of anonymity because he was not authorized to speak to the media.

McGoldrick said that a flight carrying vaccines, sufficient to begin vaccinations of about 1 million children, is expected to land in Sanaa over the weekend.

The Saudi-led coalition had further restricted access to the Arab world's poorest country earlier this month, after a missile assault by Shiite rebels targeted the Saudi capital, Riyadh. The missile was struck down, but it was the farthest a projectile by the rebels, also known as Houthis, had penetrated into the kingdom.

In response, ships were ordered to leave the Red Sea ports of Hodeida and Salef, the only lifeline to northern Yemen where most of the population lives. The two ports are under the control of the Houthis.

The conflict in Yemen pits Houthi rebels and forces loyal to Yemen's ousted president against the internationally recognized government and its main backer, the Saudi-led coalition.

For more than two years, airstrikes and ground fighting have left over 10,000 people dead, driven 3 million from their homes and destroyed the country's already fragile infrastructure.

International aid groups describe Yemen as the world's worst humanitarian crisis as millions are at risk of famine.

"It's just desperation and death," David Beasley, who runs the World Food Programme, told CBS News. "It is as bad as it gets. I don't know if I've ever seen a movie this bad."

While facing imminent famine, the people of Yemen are suffering one of the biggest cholera epidemics in history, CBS News' Scott Pelley reported. Nearly a million people have been infected with the bacteria, which inflicts diarrhea, dehydration and sometimes death. The disease thrives in dirty water, and water treatment and sanitation have collapsed in Yemen's cities.

The U.N. and international aid agencies have repeatedly urged the coalition to lift the Yemen blockade.