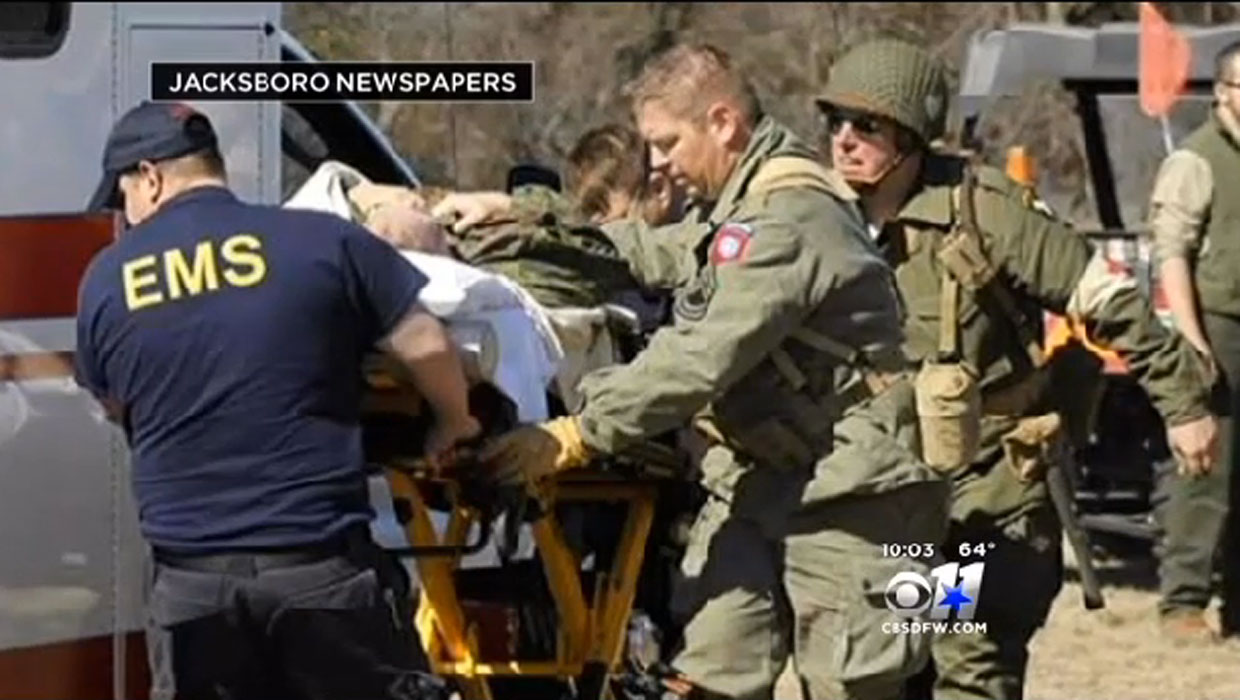 DALLAS -- As reenactments go, this one was too much like the real thing.

Texas Parks and Wildlife has opened an investigation after a man was shot with live ammunition during a WWII reenactment at Fort Richardson State Park, CBS DFW reported.

Scott Fullerton said doctors told him he came within centimeters of losing his life.

"It felt like a sledgehammer on my chest. It took the wind out of both lungs. I couldn't breathe," Fullerton told the station.

He was shot in the abdomen on Saturday during the reenactment at Fort Richardson State Park -- where, naturally, participants were supposed to only be using blanks.

The Aubrey resident felt a .30 caliber carbine bullet from an M1 rifle go through one side of his stomach area and out the other.

"It was a miracle. If he had used a .30-06 round where it hit, that would have been my heart. I wouldn't be here," said Fullerton.

The path of the bullet missed every vital organ.

Each gun at the reenactment should have been inspected before being fired on the field, said Texas Parks and Wildlife spokesman Rob McCorkle.

"They have been safe up until this incident and so we'll just have to see what happened before we proceed," said McCorkle.

An investigation is underway. The name of the person who pulled the trigger has not been released.

"I have always wanted to start working out you know and get the shredded abs. Get a six pack. But having a bullet rip through my stomach is not the shredded abs I wanted," the wounded Fullerton managed to joke.

He also said he has no hard feelings for the man who shot him.

"I would say I forgive you. It's okay. I know it's a mistake. I know you didn't realize what was happening," he told CBS DFW.

Fullerton said once he heals, he'll go back to doing reenactments.