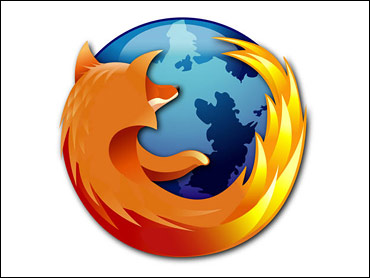 We have been reminded several times lately that Web 2.0 is in no way a synonym for "reliable." Major services have crashed. Big product launches have fizzled. Users have raised their collective fists in the air. What's going on? Is the Web crumbling? Well, no, it's not. But users' expectations are rising, and Web companies often get themselves into trouble by promising far more than they can deliver.

Here's the timeline of offline:

What happened: These massive infrastructure services, Amazon's S3 especially, underpin many Web 2.0 companies. When they go down, big sites go down. When the sites go down, they lose money.

Corporate coping behavior: Amazon CTO Werner Vogels banished to the lecture circuit to explain why S3 is still more reliable than any servers you could run yourself.

The damage: Companies forced to re-consider their reliance on "cloud computing."

When: April, May, June. July too? Who cares?

What happened: Twitter began to get unreliable. It's up, then it's down. Repeat.

Corporate coping behavior: During the bad spells, Twitter turns off key features of the service -- like access from Twitter helper apps, or the "replies" tab on the site -- to decrease the load. Twitter also buys the search engine Summize, which adds a new level of utility to the service.

The damage: Twitter was becoming part of the social fabric of the technology community. When it began to get flakey, marquee users abandoned the service and fled to rivals like Friendfeed. The problems appear to have been resolved, but the damage may never be repaired.

What happened: Mozilla announced the release data of the Firefox 3.0 and its goal to get a million downloads on that day. When the day comes, the download doesn't work. The downloads start up later, and Mozilla goes on not just to meet its download goal but utterly crush it.

Corporate coping behavior: Mozilla changes "Download Day" to "The 24-hour Period that Starts When We Say it Does."

The damage: Temporary embarrassment, which is overshadowed by insane success.

What happened: Amazon went offline for a big part of the U.S. workday. Millions of users had to go back to work.

Corporate coping behavior: Mad scramble to fix. What did you expect?

The damage: Estimated at $16,000 a minute. But long-term damage to the company is negligible (unlike the S3 outage).

Corporate coping behavior: Apology. Google has offline support (Google Gears) for an increasing number of its online apps. Which is fine, if you remember to set it up before the next outage.

The damage: Credibility. Online apps are being pitched by companies like Google as credible replacements to traditional apps like Microsoft Office. Outages like this shake users' already tenuous faith in the reliability of services that hold their most important data files.

What happened: Apple launched its 3G iPhone with a new data sync service to replace .Mac. Sadly, it didn't work. For many users, key services like e-mail wouldn't update.

The damage: Poor uptake of the service, many disgruntled users, negative halo effect on the iPhone.

Corporate coping behavior: Company claims millions of users are so anxious to dump Google that they overload the new engine. Begs for time.

The damage: You only get one chance to make a first impression. Cuil's growth will be seriously clipped by its botched launch.

What happened: After finally getting off the stick and suing the much-loved Scrabulous off of Facebook, Hasbro releases its own online Scrabble app on the social platform. It crashes.

Corporate coping behavior: Scrabble owner Hasbro claims that hackers killed the service. No surprise: As Caroline McCarthy reported, "if you just look at the Scrabble application wall, it's pretty clear that there are a few people who are angry enough at Hasbro and EA to want to sabotage the game."

The damage: What's a seven-letter word for "global acrostic withdrawl?"

What happened: OMG, Gmail is down. And unlike with client-based e-mail (Outlook), when your Web mail is offline, you can't even read the old stuff sitting in your inbox.

Corporate coping behavior: Google apologies, knows users will be back.

The damage: In the recent Gmail outage, upset users flocked to Twitter to complain. Miraculously, Twitter stayed up, despite a crushing load of hundreds of tweets a second from disgruntled Gmail users.

Corporate coping behavior: Netflix plans to refund fees to affected users, and reminds them they can watch streaming Netflix on their PC or Roku box. Although the company refuses to use the word "fallback" to describe this benefit.

And don't forget...
It's just August. There's plenty of time left in the year for more Web 2.0 disaster.