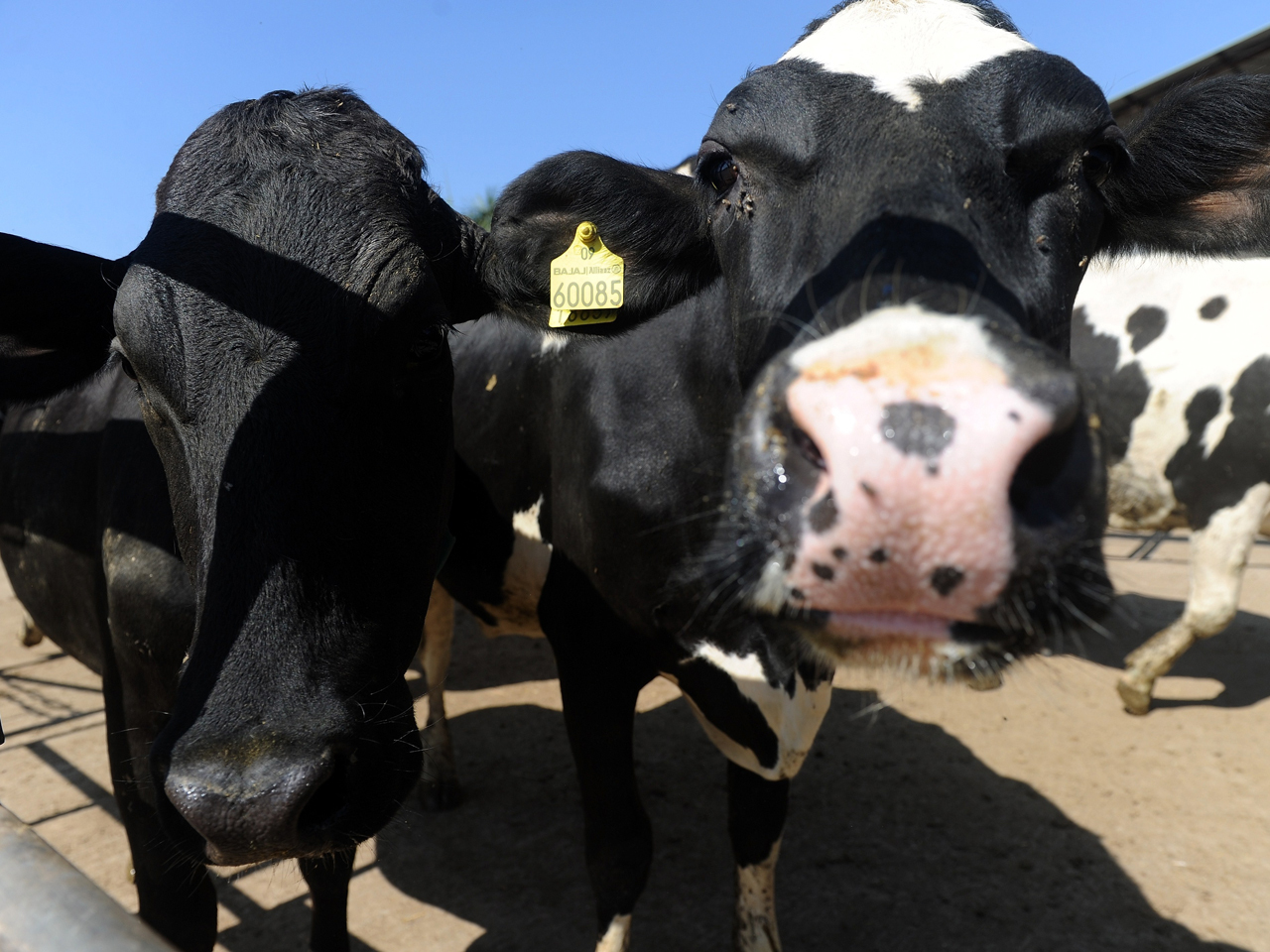 (CBS/AP) Mad cow disease is on Americans' minds after a dairy cow in California tested positive for the deadly disease this week. But when it comes to food safety fears in the U.S., mad cow disease isn't exactly high on the list.

Just in the past few months, Americans have been sickened by contaminated sprouts, raw milk and sushi. Thirty people died last year from bacteria-tainted cantaloupe. And when it comes to hamburger, a dangerous strain of E. coli that can lurk in ground beef sickens thousands of people every year.

"What we know is that 3,000 Americans die every year from preventable food-borne illnesses that are not linked" to mad cow disease, said Sarah Klein of the consumer advocacy group Center for Science in the Public Interest. "Things like E. coli, salmonella - that's where we should be focusing our attention, outrage and policy."

Last year a listerosis outbreak linked to cantaloupes swept the country, sickening 146 people across 28 states and killing 30, HealthPopreported. This year a 20-state salmonella outbreak linked to yellowfin tuna in sushithat has sickened 116 people has drew concern among federal officials. And those weren't the only foodborne illness outbreaks in the U.S. over that time.

As for mad cow disease? Four sick cows have been discovered in the U.S. ever, the one announced Tuesday being the first since 2006, and no human version of the illness linked to eating U.S. beef.

Maintaining confidence in exports fuels the nation's monitoring of the beef supply as much as continuing safety concerns, he said.

Tuesday's news came from that monitoring: Routine testing of a dead dairy cow from central Calif. showed the animal had bovine spongiform encephalopathy (BSE), a degenerative disease that gradually eats holes in the animal's brain. U.S. health officials were adamant that there was no risk to the food supply - the cow never was destined for the meat market, and the World Health Organization says humans can't be infected by drinking milk from animals with BSE.

The U.S. has been guarding against BSE for years, since a massive outbreak in Britain that not only decimated that country's cattle but showed that eating BSE-contaminated meat could trigger a human version of the disease. A key part of the safety net: The animal tissues that can carry the BSE - including the brain and spinal cord - are removed from cattle before they're processed for food.

In addition, the U.S. surveillance program tests brain tissue taken from about 40,000 dead cows a year for BSE. That testing is designed to target the animals most at risk, said Dr. Richard Breitmeyer, who heads the University of California, Davis, laboratory that initially discovered the latest case.

High-risk animals include those with symptoms of neurological disease, "downer" animals at slaughterhouses, animals that die at dairies or cattle ranches for unknown reasons, and cows older than 30 months like this Holstein, because BSE occurs in older cows.

The USDA hasn't released details about the California cow, but a spokesman for U.S. Rep. Devin Nunes of California said the sick 5-year-old came from Tulare County, the No. 1 dairy-producing county in the nation.

In other countries, BSE's spread through herds was blamed on making cattle feed using recycled meat and bone meal from infected cows, so the U.S. has long banned feed containing such material. That was key to Tuesday's announcement, too: USDA testing found the cow had a different form of the disease, so-called atypical BSE that means it didn't come from feed - good news.

Instead, it was a sporadic disease - the cow developed it from a random mutation, something that scientists know happens occasionally. Somehow, a protein the body normally harbors folds into an abnormal shape called a prion, setting off a chain reaction of misfolds that eventually kills brain cells.

The last two cases found in the U.S. were atypical as well. Only 10 cases around the world have been found with atypical characteristics, according to Lyndsay Cole of USDA's Animal and Plant Health Inspection Service.

"It's very, very rare," said Wiedmann, adding that some research suggests that this sporadic type would be even less easily transmitted to people through meat than traditional BSE.

U.S. officials have shipped samples to laboratories in Canada and Britain to confirm that the cow had atypical BSE, and investigators will test other cows from the same herd as a precaution. Similar "spongiform" diseases affect other species: It's called scrapie in sheep and chronic wasting disease in deer. There's a human form completely unconnected to contaminated meat called classic Creutzfeldt-Jakob disease.

CSPI, the consumer group, points to other issues that advocates call more relevant for public health - such as stemming the food poisoning that the government estimates sickens 50 million people a year. For example, the government hasn't finalized pending rules to improve the safety of produce, after a series of high-profile disease outbreaks.

On the animal side, CSPI's Caroline Smith DeWaal said 12,000 to 13,000 samples of ground beef and beef trimmings are tested for E. coli every year. Last fall, the government did say it would expand some of that testing, to look not just for the most worrisome strain of E. coli but some additional strains that have begun causing outbreaks.

Click below for some of the most common food safety mistakes, and ways to protect yourself: