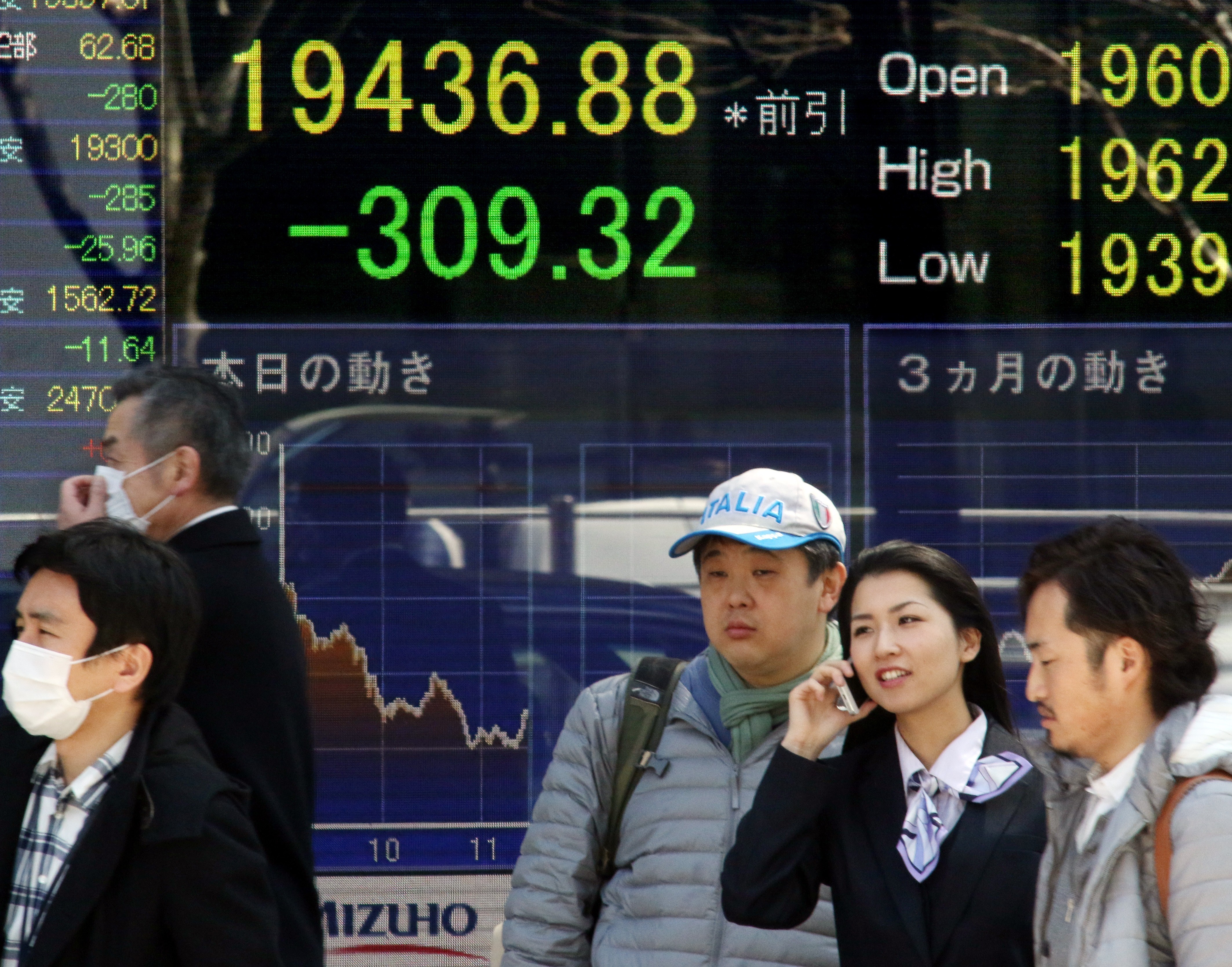 World stock markets and the dollar slid Thursday, battered by weak economic data and tensions in the Middle East as futures pointed to another dive on Wall Street.

The price of U.S. crude rose amid concerns of spreading turmoil in the Middle East after Saudi Arabia reportedly began amassing troops near its border with strife-torn Yemen. The benchmark U.S. crude futures contract was up $2.20 at $51.41 a barrel in electronic trading on the New York Mercantile Exchange. The contract jumped $1.70 to close at $49.21 a barrel on Wednesday. The Brent crude futures contract, a benchmark for international oils, was up $2.34 at $58.81 in London.

The U.S. Commerce Department reported Wednesday that orders to U.S. factories for long-lasting manufactured goods fell in February for the third time in four months. Demand for commercial aircraft, cars and machinery waned. That data came after a survey showed Chinese manufacturing at its weakest in nearly a year.

"Worryingly, the dramatic falls in U.S. shares are pointing to a sea change in sentiment," said Michael McCarthy, chief strategist at CMC Markets in Sydney. "Previous poor data spurred buying, as investors speculated weaker economic indicators pushed back the Fed's tightening timetable," he said. "The fall in February durable goods orders reported overnight instead saw investors bail out, possibly reflecting the near record highs of US shares. Whatever the cause, it is evident that bad news is now bad news again."