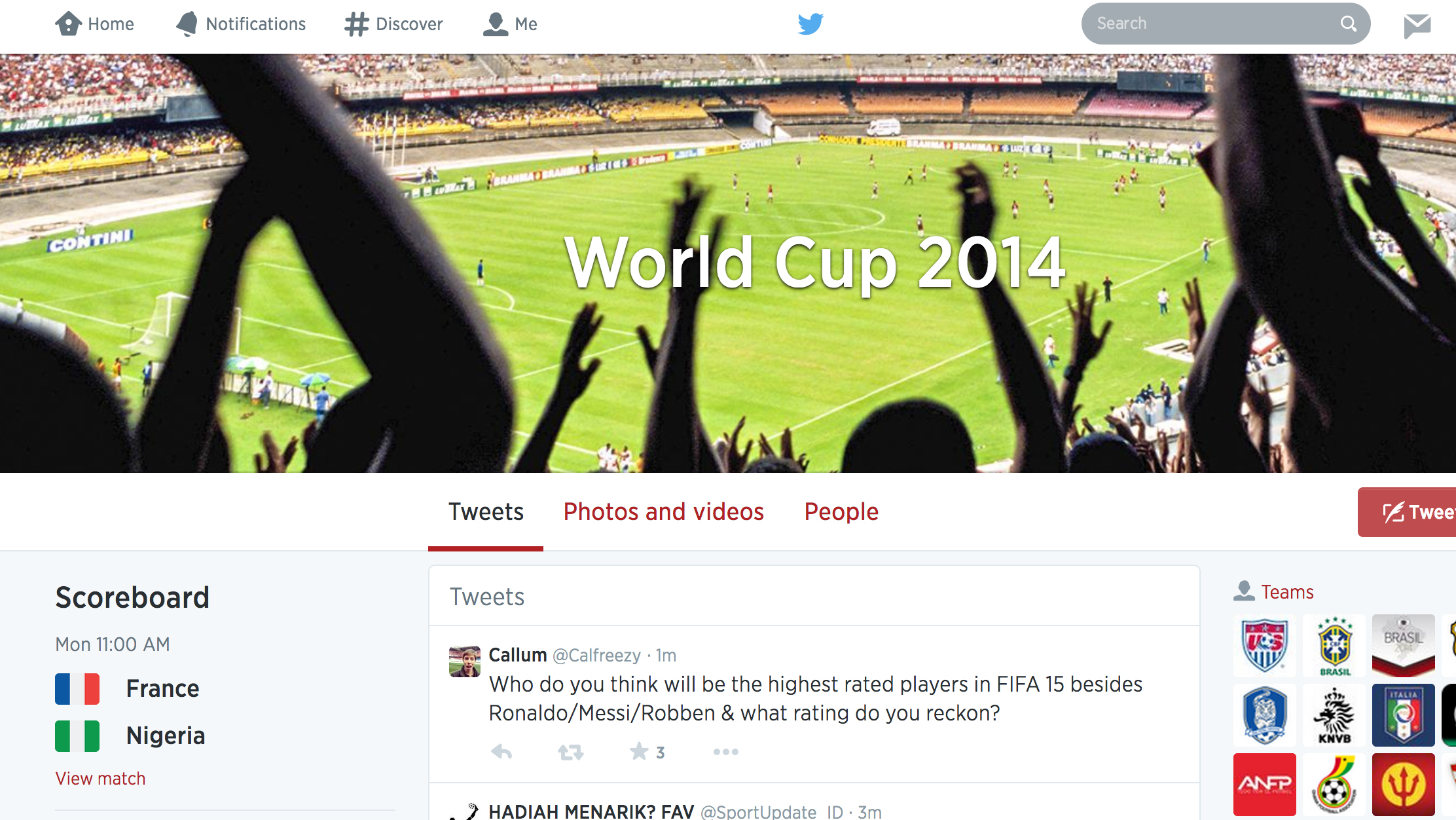 As nervous Brazilian soccer fans took to Twitter to breathe a collective sigh of relief as the final, tension-filled moments of a penalty shootout against Chile, they broke an all-time record for online Twitter buzz during a live event.

Almost 389,000 tweets were generated in the minute after Chilean defender Gonzalo Jara's penalty shot hit the right post and allowed the five-time World Cup champion to avoid an early exit from the tournament that it's hosting for the first time since 1950.

That broke the previous mark set during this year's Super Bowl. About 382,000 tweets were sent just after the Seattle Seahawk's Percy Harvin returned a kickoff 87 yards for a touchdown, according to data compiled by the microblogging site.

But don't count American football out just yet. Overall, the Super Bowl generated nearly 25 million tweets, trouncing the 16.4 million total during Saturday's round of 16 match, the most-tweeted yet during the tournament.

Since the World Cup kicked off June 12, it has been generating a huge amount of social media traffic on Facebook as well. In the first week alone, Facebook reported more interactions about the tournament than it had for the Sochi Olympics, Super Bowl and Academy Awards combined.