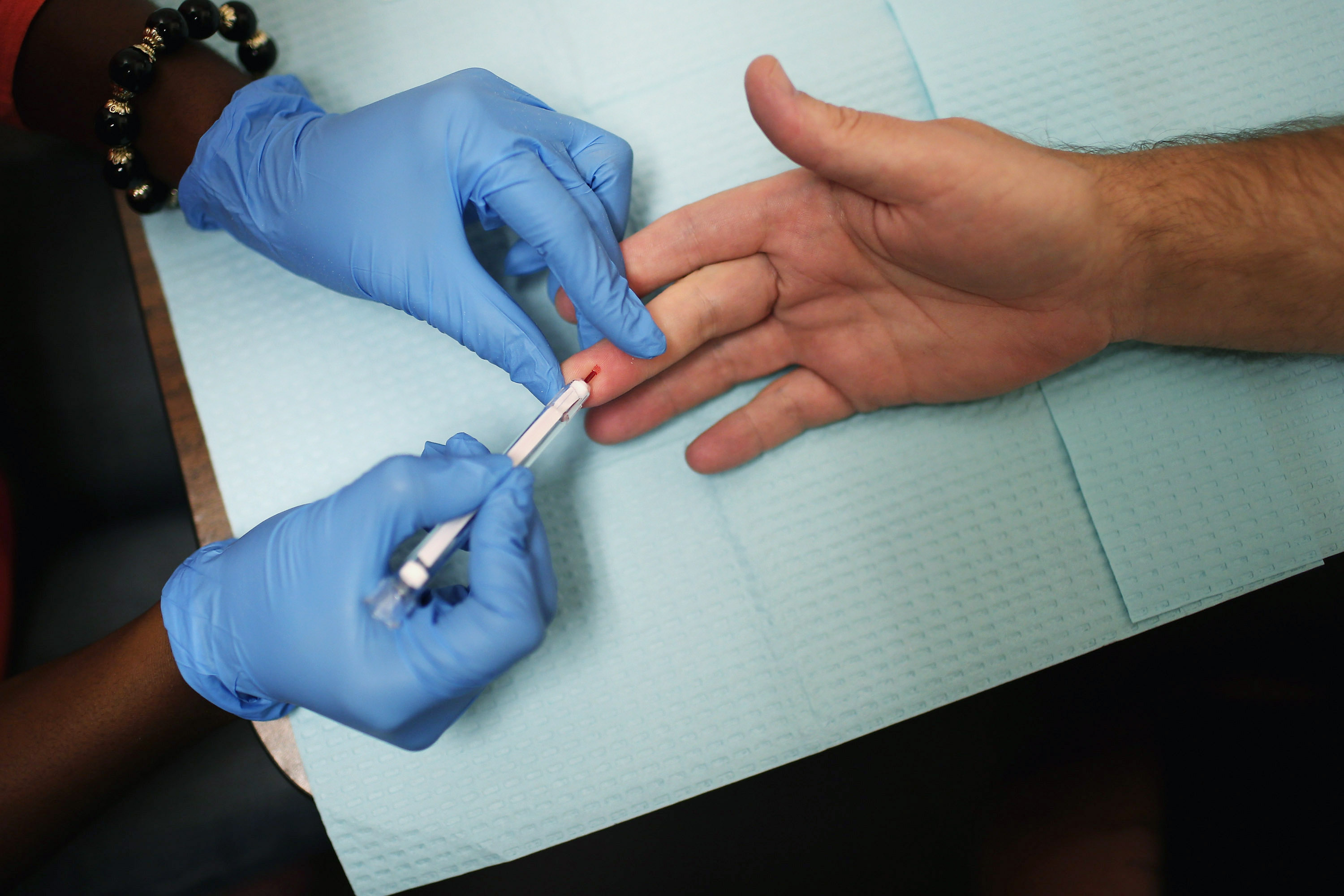 In what health officials call an "encouraging sign," a new government report finds HIV is being diagnosed sooner after infection than it was just a few years ago.

According to the study from the Centers for Disease Control and Prevention, the estimated time it takes someone in the U.S. to get an HIV diagnosis from time of infection is now three years. This is a significant improvement from 2011, when the median time was three years and seven months.

The seven-month improvement is a considerable decrease and suggests that the nation's approach to HIV prevention efforts is paying off, officials say.

"These findings are more encouraging signs that the tide continues to turn on our nation's HIV epidemic," CDC Director Brenda Fitzgerald, M.D., said in a statement. "HIV is being diagnosed more quickly, the number of people who have the virus under control is up, and annual infections are down. So while we celebrate our progress, we pledge to work together to end this epidemic forever."

An estimated 85 percent of the 1.1 million people in the U.S. living with HIV in 2014 knew their HIV status, the CDC says. About 40 percent of new cases were transmitted from people who didn't know they had HIV.

Screening for HIV is considered an important first step to preventing further spread of the virus. Experts recommend that everyone should get tested for HIV at least once in their lifetime, and people at higher risk for HIV — including sexually active gay, bisexual and other men who have sex with men — should get tested at least once a year.

Once diagnosed, taking HIV medications as prescribed can allow people with the virus to live a long, healthy life and help protect their partners. The preventative drug regimen known as PrEP can also help people significantly reduce the risk of becoming infected.

Still, despite the progress seen in the report, too few people are getting tested. A multi-city study found that people who said that they did not get screened for HIV in the last year included:

The report also showed that seven out of 10 people at high risk for HIV who had not been tested within the past year had visited a health care provider during that time — a missed opportunity for doctors to test the individuals who need it most.

A quarter of people diagnosed with HIV in 2015 had lived with the virus for seven or more years without even knowing it, according to the CDC.

To help get those affected diagnosed sooner, the report calls for physicians to be vigilant about offering HIV testing to people at high risk.

"Every American can play a role by getting tested at least once and people who are high risk getting tested every year," said Eugene McCray, M.D., director of CDC's Division of HIV/AIDS Prevention.

The latest report follows a number of other signs of progress being made in the fight against HIV/AIDS. A U.N. study earlier this year found that for the first time ever, more than half of all people with HIV worldwide are receiving drug treatment to control the virus.

"The world is well on its way to meeting the target of ending the AIDS epidemic by 2030," U.N. Secretary General António Guterres said in a statement to mark the 30th annual World AIDS Day on Dec. 1. "Nearly 21 million people living with HIV now have access to treatment – a number that should grow to more than 30 million by 2020. AIDS-related deaths and new HIV infections are declining. There is great hope that the world can deliver on its promise – but much more needs to be done."

However, he pointed out, not all people have equal access to the testing and treatment needed to prolong lives.

"In some regions of the world, hard-won successes are being reversed, with rising numbers of new HIV infections and AIDS-related deaths. ... Women and girls continue to be disproportionally affected by HIV, particularly in Africa."