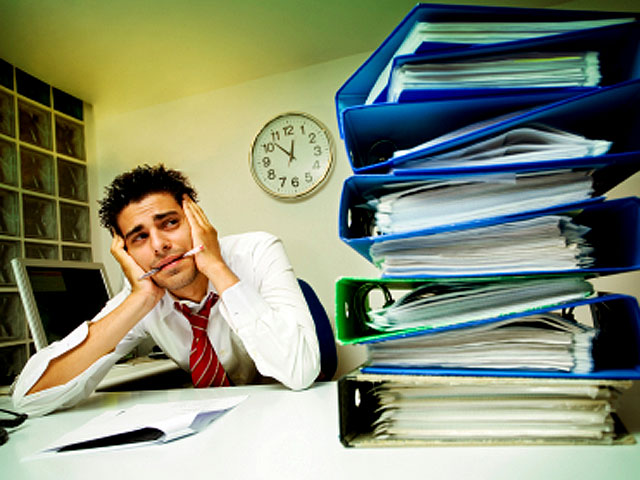 (CBS) Think the link between depression and work exists only in those who are unhappy with their jobs? Think again. A new study finds that working long hours - regardless of job stress or satisfaction - increases a person's risk for depression.

For the study, researchers at the Finnish Institute of Occupational Health and University College London followed nearly 2,000 middle aged British civil servants for almost six years. The researchers examined the civil servants' working hours, whether or not they were depressed or had risk factors for depression to begin with, and whether they had any major depressive episodes over time.

What did the researchers find? In workers with no psychological illness, the rate of a major depressive episode was 2.43 times higher for those who worked more than 11 hours per day compared with employees who worked 7 to 8 hours a day. This association held true even after researchers accounted for other depression risk factors, including socio-demographic factors, smoking, alcohol use, having chronic physical disease, job strain and work-related social support.

The study was published in the Jan. 25 issue of the online journal PLoS ONE.

"Although occasionally working overtime may have benefits for the individual and society, it is important to recognize that working excessive hours is also associated with an increased risk of major depression," study author Dr. Marianna Virtanen, an epidemiologist at the Finnish Institute of Occupational Health, said in a written statement.

Although the findings are "consistent with previous studies, the degree of increased risk was surprising," Dr. Bryan Bruno, chair of the psychiatry department at Lenox Hill Hospital, N.Y., told CNN. "The biggest condition that I work with is depression, and it is often related to work stressors."

Depression affects an estimated 1 in 10 U.S. adults, according to the Centers for Disease Control and Prevention. Depression can worsen common chronic conditions, such as arthritis, asthma, cardiovascular disease and diabetes, and can also result in increased work absenteeism and decreased productivity.