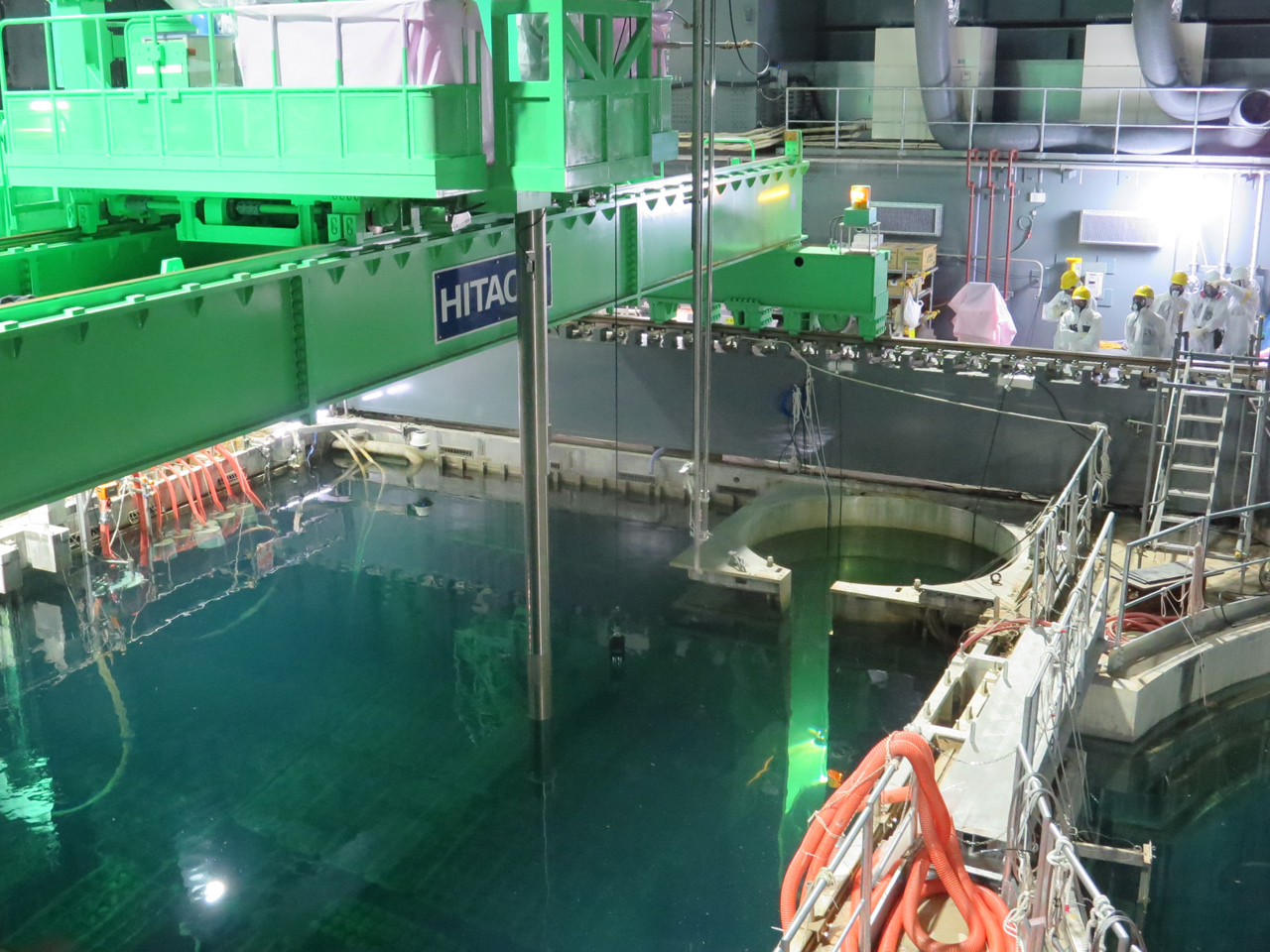 TOKYO - Workers have started removing radioactive fuel rods Monday from one of four reactors at the crippled Fukushima Dai-Ichi nuclear power plant, Tokyo Electric Power Co. said. The painstaking and risky task is a crucial first step toward a full cleanup of the earthquake and tsunami-damaged plant in northeastern Japan.

Unit 4 was offline at the time of the March 2011 disaster, and its core didn't melt down as the other three did. Two other reactors that were offline have also survived. But hydrogen explosions blew the roof and walls off the Unit 4 building and weakened the structure, leaving it vulnerable to earthquakes.

Tokyo Electric, known as TEPCO, has since reinforced the building, but experts say keeping so many

TEPCO has built a massive steel structure next to and partly over Unit 4 to mount cranes for the operation. It will take at least until the end of 2014 to finish moving the 1,533 sets of fuel rods, including 202 unused sets, to a safer location. Each set includes about 60-80 rods.

To ensure safety, TEPCO will remove the unused fuel first, and will move on to more radioactive spent fuel. The pool also keeps three sets of fuel rods that had been slightly damaged at the very end.

TEPCO spokeswoman Mayumi Yoshida said the plant has started pulling up the first fuel assembly. So far, no problem has been reported, she said.

The operation is delicate. Experts say the fuel rod sets may have been damaged or jammed by small pieces of debris that fell into the pool during the explosions. Some have also raised concern about a major earthquake hitting during the removal work.

The full decommissioning of the plant is expected to take decades.