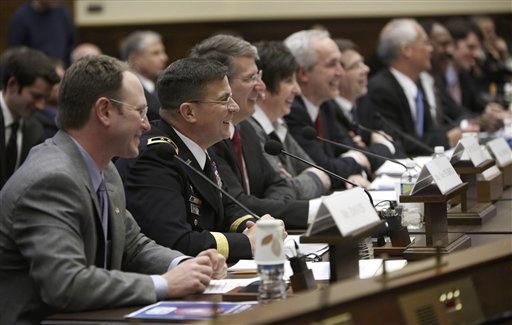 It's called the last frontier on Earth: the North Pole, one of the most inaccessible places in the world.

But CBS News correspondent Jerry Bowen recently visited there, and found that just because it's rugged and remote, doesn't mean that women aren't allowed.

It is known as the Great White North, the very Top of the World, domain of legendary men from explorers to polar bear hunters. That is, until now.

"Its a once in a lifetime experience," says flight attendant Corinne Cudel. She is part of the flight crew that took Bowen north. And as far as she can tell, she's the first flight attendant ever to reach this historic destination.

She says, "I've been doing some searching around actually to try to find out if there has been one before, but so far I seem to be the first one to land on the North Pole."

She couldn't get the Bahamas route?

"No," Cudel says, laughing. "I do those on holiday only."

And when she isn't checking cargo she's riding herd on her passengers. "Have some coffee while its hot because there won't be any in half an hour," she says to Bowen and a handful of scientists heading north to learn why the vast arctic ice pack is getting smaller and thinner.

Among them is camera-shy oceanographer Sigrid Salo. She's more at home on the ice, bare-handed and bloodied, in sub-freezing temperatures, installing instrument buoys that are carried by the always-moving pack ice down toward Greenland, relaying data to orbiting satellites along the way.

"It's not that bad if you keep moving," Salo says. Asked if she sees herself as a trailblazer, she says, "No, not really. I'm doing what I enjoy doing. Not thinking about whether others are doing it."

It's a floating piece of pack ice with one of the most famous addresses in the world: 90-degrees north. And it still means something to stand here. But not as much as it once did when lives and careers as well as the honor of entire nations were at stake in the race to be first to the pole.

Now, it's a tour destination for people like Allison Levine, a 38-year-old San Franciscan who has also climbed Mount Everest. She was part of a tour group that skied the last 60 miles to the pole.

Levine says, "You have to be a little whacked to come here to begin with, but I don't know. I guess you can go to Hawaii anytime; you can go to Florida anytime. But how often do you have the opportunity to go to the top of the world!"

Levine got the extreme tourism bug after overcoming a threatening heart condition, figuring her personal clock was running.

She says, "My expectations, I don't know why, but I was thinking we'd be sort of cross-country skiing in cold weather, and I wasn't expecting the extreme, physical demands of carrying a 100-pound sled over huge blocks of ice, and having to take off your skis and do a little bit of climbing here and there.

"I wasn't expecting the drift; I mean, you can spend 10, 11, 12 hours trying to get across a big chunk of ice, and you go to bed, and you wake up and because of where you've drifted, you end up the same place you were before. It was a lot harder than I thought it would be, and there were a couple of times when I thought we weren't going to make the pole."

But make it she did.

Levine says, "I mean, you're standing on top of the world, and thinking, this is pretty cool stuff."

And she has joined that growing sorority who've brought a woman's touch to the Great White North, making personal history along the way.

Men first conquered the Pole in 1909, but it wasn't until 1971 that the first woman even set foot there; and not until 1986 when the first woman trekked across the ice in a skiing expedition to the North Pole.