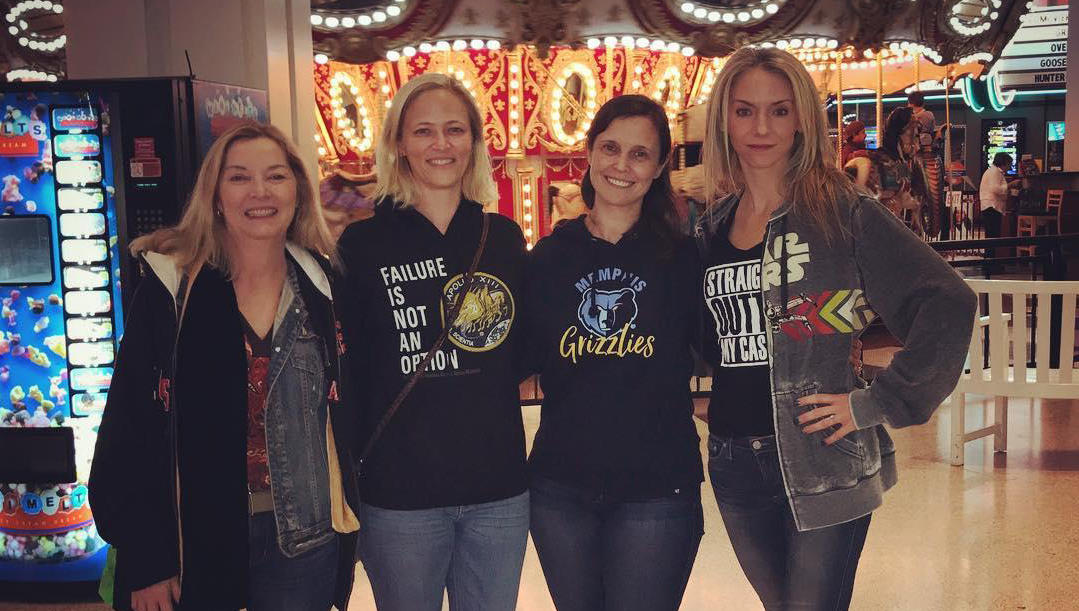 In a viral social media post, a group of white women challenged a Tennessee mall's unwritten policy against hoodies and accused the facility of racial profiling. The social experiment comes after a video from a local former journalist showed mall security stopping four young black men wearing hoodies, and placing one of them in handcuffs, at Wolfchase Galleria in Cordova earlier this month.

Along with three of her friends, Shannon Arthur set out Saturday to prove a point about the incident, according to her Facebook post. By walking around the mall with their hoodies on and off, the women wanted to show how they were treated differently than people of color.

"If a security guard spotted us with our hoods up, they very politely asked us to take them down," Arthur wrote. "One guard said it was because they need to be able to identify everybody's faces. So we said, 'Sure,' took them down, walked on, and put the hoods back up a bit later. Repeat. No threats. Point made."

She concluded there's no doubt her group was given a "pass" compared to the men in the Nov. 4 encounter with mall security for wearing hoodies.

"I respect law enforcement," Arthur wrote. "And mall cops. But there's no question that some members of our community are constantly harassed and traumatized where those with less melanin are given a pass. We must do better."

The post tallied thousands of reactions and shares on Facebook. Rapper Yo Gotti, who has more than 3.8 million followers on Instagram, praised the women on social media for putting a spotlight on the "double standard."

"Last week a group of young black men were targeted by Wolfchase Galleria's racist 'No Hoodie' policy," he wrote in a caption. "These women helped bring light to the double standard we face in our community and across America."

CBS affiliate WREG spoke to ex-journalist Kevin McKenzie, who took the video of four men being tailed and confronted by security at the mall over their hoodies. Law enforcement agents –– from both Memphis Police and the Shelby County Sheriff's Office –– kicked the young men out of the mall, and one was taken into custody, according to WREG.

"I'm disturbed that even today and especially today probably because race is back on the front burner in America, young black men have a very hard time," McKenzie said. "They're perceived as threats and they shouldn't be."

In a statement obtained by WREG, Wolfchase Galleria said the individual was removed from the mall after he did not remove his hoodie, despite multiple directives from a Memphis Police Department officer. Memphis police told WREG, "MPD does not create policies for the Wolfchase Galleria. The owner of any private property has the right to ask patrons to leave their premises."

CBS News reached out to Wolfchase Galleria for comment explaining the dress-code policy and the incident. Michael McGrath, a spokesperson for the mall, said in a statement Wednesday that it doesn't have a specific policy against hoodies.

"Wolfchase Galleria does not have a policy against hooded garments as has been reported. Our retailers sell hooded garments. We do, however, ask our shoppers to not conceal their identities while on mall property for security reasons. Our focus in on the safety of all shoppers.  Security personnel are trained and required to enforce mall policies fairly and evenly."

According to McGrath, the individual refused to comply with the policy and he was escorted out of the mall with instructions to not return for the rest of the day.  When he returned a second time, he was escorted again. On the third time, he became "belligerent" when approached by Memphis police, who later detained his group he was with briefly. Police charged him with a misdemeanor before releasing him.

McGrath said the women in the Facebook post were not asked to leave the mall because they complied immediately and did not become "belligerent."