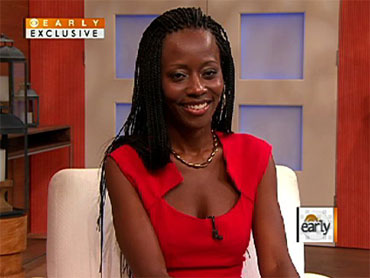 A woman who's taken legal action against Google, seeking the identity of the person she says trashed her online with a false statement, says it all comes down to her safety.

And an expert in Internet matters says the case could help force many tricky legal issues to the forefront.

"It's more often now," notes Cnet.com Senior Editor Dan Ackerman, "that we're seeing claims where people feel they've been maligned online, or maybe even cyber-stalked, and they want to try to find the identity of who either posted a comment about them they didn't like, or posted "some of their personal information."

Businesswoman and Ivy League grad Carla Franklin, 34, says she's been defamed online, and she's determined to find out who did it. She says someone posted unauthorized videos of her on YouTube and assaulted her character by calling her a "whore" in the comments section alongside a clip.

"As a general matter," says Internet legal expert Joseph DeMarco, "where you call into question someone's sexual morays, the odds probably are that you're gonna fall into the side of the line where you are dealing with defamation."

Offended and outraged, Franklin promptly reported the post to Google, which owns YouTube, and the remark was removed.

Now, Franklin is demanding to know who posted the comment, and has taken Google to court to try to force the company to release that person's identity.

"The issue in this case," says DeMarco, "is under what circumstances an Internet service provider should be required to unmask an anonymous subscriber."

Google wouldn't comment on Franklin's case in particular, but in an e-mail to CBS News, a spokesperson wrote, "When we receive a subpoena or court order, we check to see if it meets the letter and spirit of the law before complying. We have a track record of advocating on behalf of our users."

Franklin hasn't sought monetary damages from Google -- just the information to build a case against a person she believes abused the anonymity of the Internet.

Last year, a Canadian model forced Google to reveal the name of a blogger the model said had defamed her online.

On "The Early Show" Monday, Franklin said, "Google has been very ... communicative. I'm very hopeful that it works out. I want to say for the record I'm not suing Google. I like them as a company. I think, just through the whole process, which has been -- in terms of the online portion, been ongoing for eight months, they've been fine. You know, it's the process itself that needs to be changed.

"Had any of this been done to me over the phone or through the mail or, you know, just posting up stuff around the city, I would have been able to go to the police and ask for help. But online ... the legislation just isn't there. And so, I had to pursue a different angle in order to find this person who's been, you know, harassing me both online and offline."

Michael Roberts, a digital forensic analyst, pointed out to co-anchor Erica Hill it's very easy to hide online. "The Internet is everywhere at once," he said. "Google is in Santa Clara, Calif., so there's all sort of legal problems. I'm not an attorney, but I help attorneys find this information. The antagonists themselves can hide behind proxy servers and use disposable e-mail addresses to set up the accounts.al e-mail accounts."

Franklin told Hill she's been harassed for years by someone. "I have a thick skin," Franklin remarked. "I want to set the record straight about a lot of things. It's not about a 'whore' comment. That doesn't bother me. I've had worst things said to me. This is about the fact that I've endured obsessive behavior and harassing behavior offline for about four years now. And it escalated last year online. And when it got to that point, I just thought -- I've ignored it. I've changed my number. This person shows up to events that, you know, they know I'm going to attend. It got to the point where I sent my friends and family an e-mail saying, 'If anything ever happens to me, check here. '

Franklin said she feels she's "been harassed in general. The harassment went online. All I wanted was a restraining order. I want to connect the dots. If I can show that the online behavior matches the offline behavior of the person, then I can move forward."