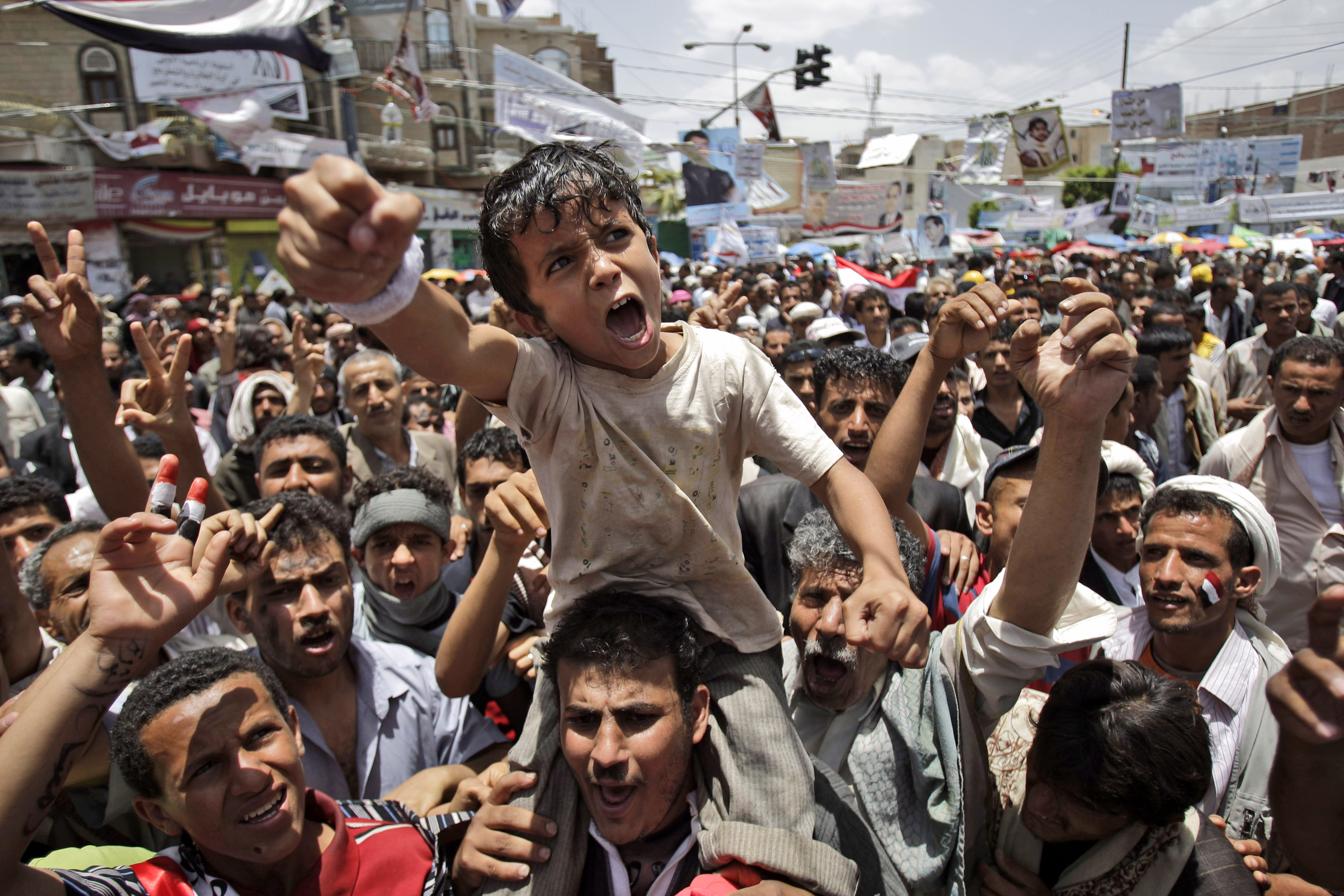 The protesters calling for the ouster of longtime President Ali Abdullah Saleh were marching from a main square toward the Cabinet when they came under fire from snipers on rooftops, plainclothes security forces, and soldiers with anti-aircraft guns mounted on pickup trucks.

"The snipers were shooting at the people," Talal al-Hamadi, a protester, said. "People rushed and some fell over each other. There was a stampede."

A political deal for Saleh to step down was put forward last month, but unraveled in the face of deep divisions within the Yemeni opposition.

Saleh, who has ruled for 32 years, initially agreed to the Gulf Cooperation Council's formula for him to transfer power to his vice president within 30 days of a deal being signed in exchange for immunity from prosecution for him and his sons.

A coalition of seven opposition parties generally accepted the deal. But thousands stood their ground in a permanent protest camp in part of Sanaa and their leaders said they suspect Saleh is just maneuvering to buy time and cling to power.