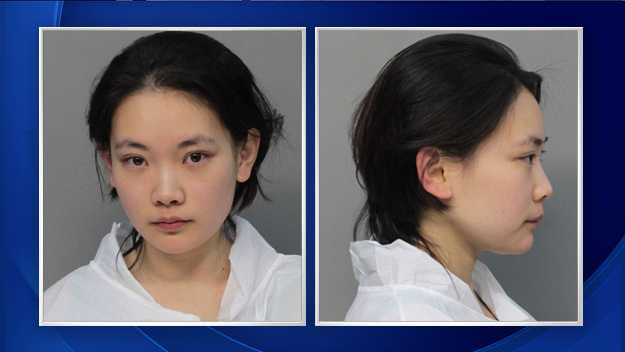 MIAMI BEACH, Florida -- One woman stabbed another at the world-famous Art Basel Miami Beach, causing at least one patron to think he was watching performance art at the popular art festival.

Just before the attack, Miami Beach police told CBS Miami, suspect Siyuan Zhao was following the victim around an art gallery, bumping into her several times intentionally. When the victim confronted Zhao, Zhao pulled out an exacto knife and stabbed the woman in her arm and shoulder.

The stabbing happened at the Miami Beach Convention Center near an exhibit by artist Naomi Fisher. Hollywood artist and photographer Rudy Perez told the station he was was standing nearby when he heard a woman's scream.

"We hear a scream and I thought it was part of the exhibit. Then I see police, I see someone on the floor," said Perez. "And I'm like, 'Is that real blood? Is that real police or part of the act?'"

The Miami Herald reported others thought the police tape cordoning the area was an installation.

According to an arrest report obtained by the station, Zhao admitted to stabbing the woman in order to "clean" her.

As she was arrested, officers say Zhao said: "I had to kill her and two more" and "I had to watch her bleed."

Art Basel Miami Beach spokeswoman Sara Fitzmaurice said in an email to The Associated Press Friday, "The attack was an isolated incident that was immediately secured. Our thoughts are with the victim."

Art Basel Miami Beach is the extension of the annual contemporary art fair in Basel, Switzerland. Nearly 80,000 attended this year, the station reports.