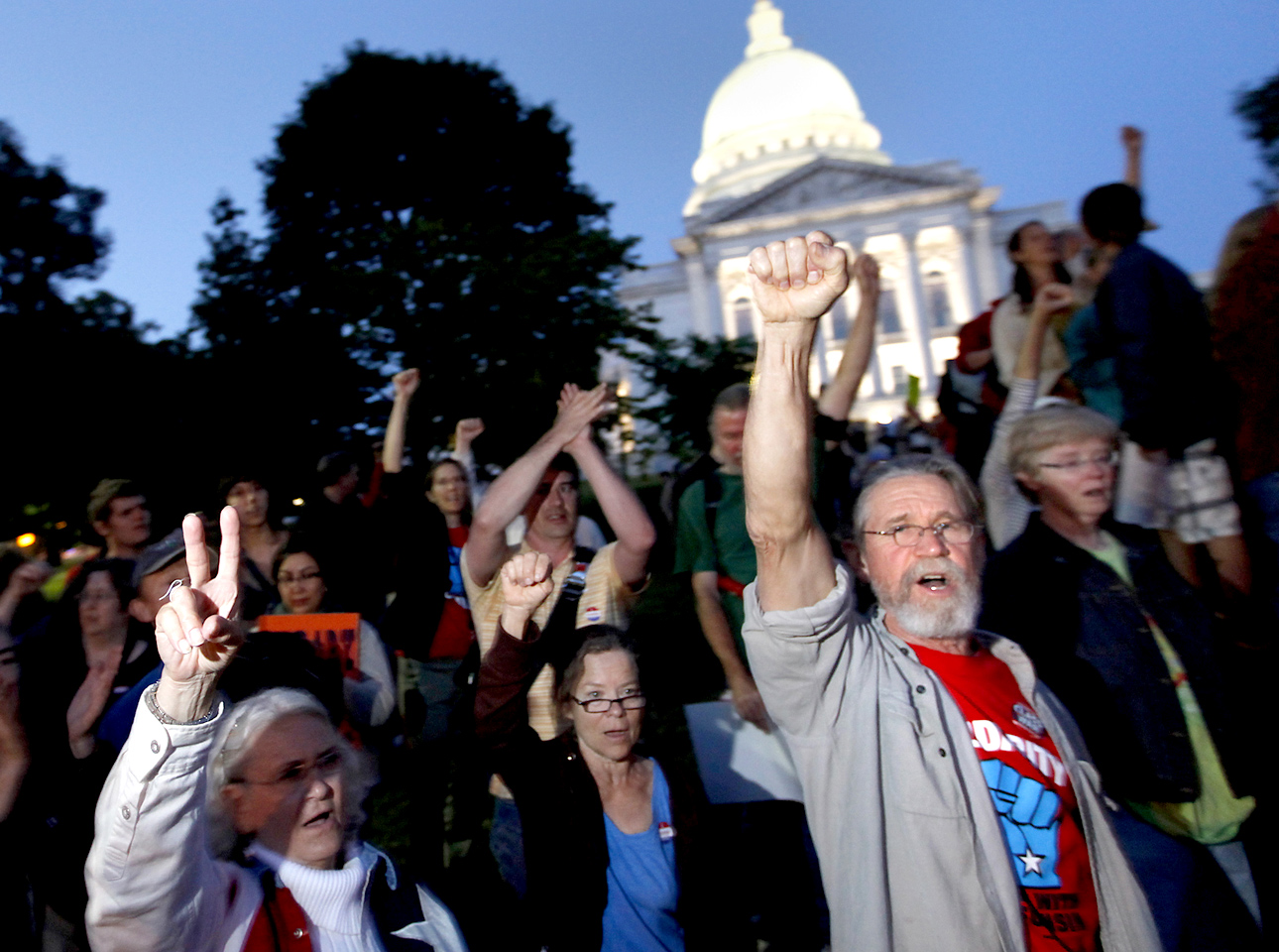 (AP) MADISON, Wis. - A Wisconsin judge on Friday struck down nearly all of the state law championed by Gov. Scott Walker that effectively ended collective bargaining rights for most public workers.

Walker's administration immediately vowed to appeal, while unions, which have vigorously fought the law, declared victory. But what the ruling meant for existing public contracts was murky: Unions claimed the ruling meant they could negotiate again, but Walker could seek to keep the law in effect while the legal drama plays out.

The law, Walker's crowning achievement that made him a national conservative star, took away nearly all collective bargaining rights from most workers and has been in effect for more than a year.

Dane County Circuit Judge Juan Colas ruled that the law violates both the state and U.S. Constitution and is null and void. He said the law violated the constitutional rights of free speech and association.

The ruling applies to all local public workers affected by the law, including teachers and city and county government employees, but not those who work for the state. They were not a party to the lawsuit, which was brought by a Madison teachers union and a Milwaukee public workers union.

Walker issued a statement accusing the judge of being a "liberal activist" who "wants to go backwards and take away the lawmaking responsibilities of the legislature and the governor. We are confident that the state will ultimately prevail in the appeals process."

Lester Pines, an attorney for Madison Teachers Inc., said the ruling means all local governments, including school districts, are now required to bargain with employees covered by unions, just as they did before the law passed. Pines predicted the case would ultimately be resolved by the state Supreme Court.

"What's going to happen in the interim is unknown," he said.

The proposal was introduced shortly after Walker took office in February last year. It resulted in a firestorm of opposition and led to huge protests at the state Capitol that lasted for weeks. All 14 Democratic state senators fled the state to Illinois for three weeks in an ultimately failed attempt to stop the law's passage from the Republican-controlled Legislature.

The law required public workers to pay more for their health insurance and pension benefits at the same time it took away their ability to collectively bargain over those issues. Walker argued the changes were needed to help state and local governments save money at a time Wisconsin faced a $3 billion budget shortfall.

Anger over the law's passage led to an effort to recall Walker from office. More than 930,000 signatures were collected triggering the June recall election. Walker won and became the first governor in U.S. history to survive a recall.