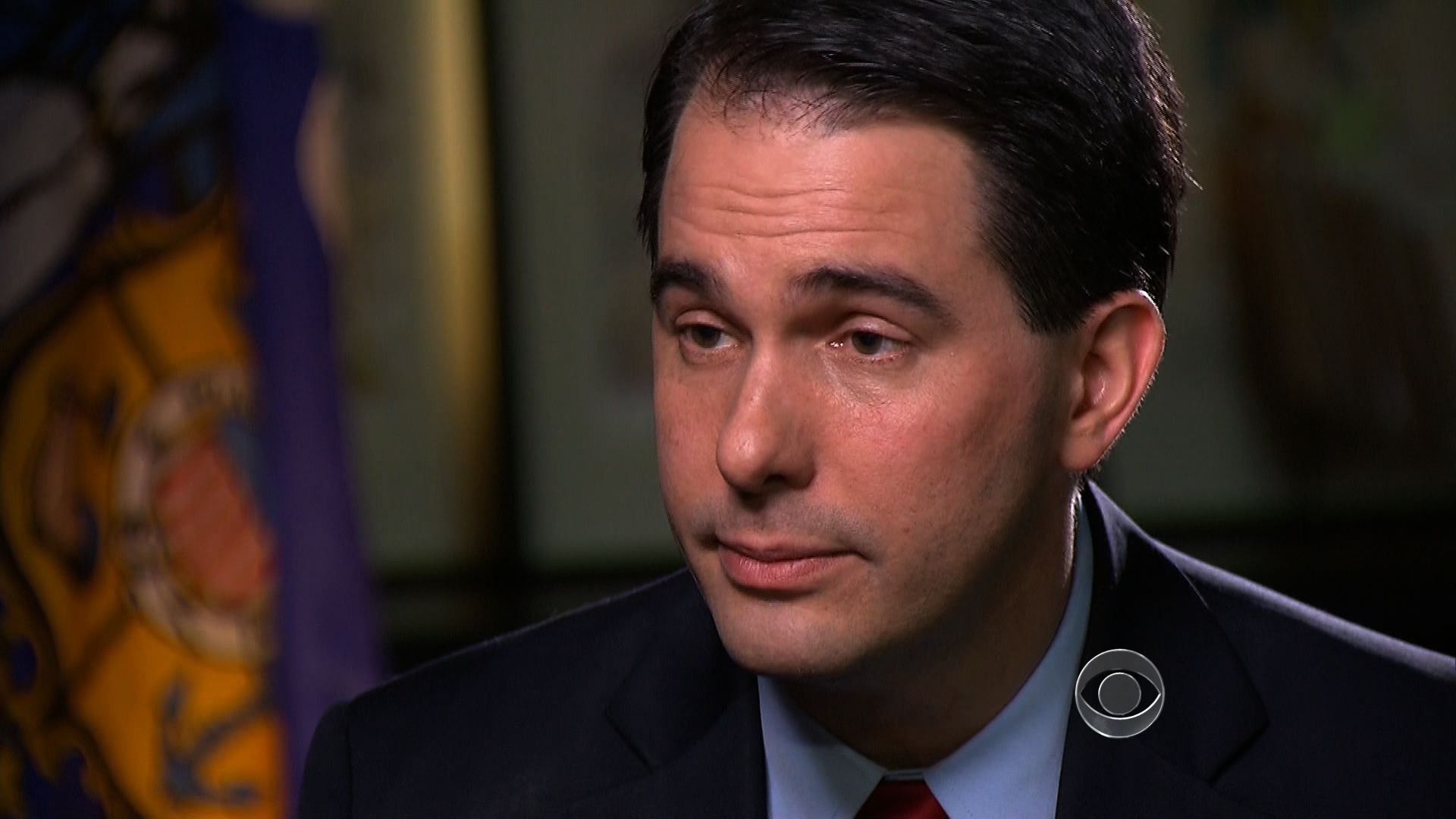 (CBS News) MILWAUKEE - Following Tuesday's Republican presidential primary, voters in Wisconsin have another important election coming up in two months on whether to remove Governor Scott Walker from office.

He is a hero to some, a villain to others, for taking on the public employee unions. CBS Correspondent Jim Axelrod spoke with Gov. Walker about the recall effort.

Last year the Wisconsin capitol was under siege, occupied by unionized government workers and their supporters out to defeat Walker's plans.

Parts of Wis. anti-union law struck down
Reservations about Romney dim in Wisconsin
Five things to watch for in Tuesday's primaries


Walker's proposals passed the legislature. Public employee unions lost the right to negotiate contracts and employees were required to kick in more of their own money for health and pension benefits.

Asked if he is a union buster, Walker replied "I know that collective bargaining is not a right; it's an expensive entitlement. It's about time somebody stood up for the hardworking taxpayers of our state."

Some say the vote in Wisconsin could be the most important non-presidential election of this decade.

"The larger philosophical issue is who controls things in government?" Walker said. "Do the taxpayers, or do the public employee union bosses?"

He said in the past the cycle has been that taxpayers' money goes to pay for legitimate wages and benefits but on top of that, to union dues. that "go in part for political activities that then support candidates who ultimately say we'll spend more money on more benefits and more employees and stick it to the taxpayers."

Walker said there's nobody in that cycle who stands up for the taxpayer.

The unions say membership has safeguarded the rights and benefits of workers. Once the law passed, nearly a million petitions were signed to force the governor to stand for re-election after only a year and a half in office.

Campaign money is pouring into Wisconsin from both sides. All told, almost $38 million was spent on the 2010 race. Walker predicts the recall election is likely to cost 70 million dollars.

"This is gonna be, not only an all-time record for Wisconsin, it is probably gonna be one of the most costly gubernatorial elections in the country," Walker said.

"And it's the second one of your first term?" asked CBS Correspondent Jim Axelrod.

"Yah. Exactly," Walker responded. "Hopefully I can be the only governor in American history who can say I was elected twice in the same term."

A recent poll shows Walker leading all three of his most likely democratic challengers. Voters will have the final word in June.

Only two governors have ever been recalled: North Dakota's Lynn Frazier in 1921 and California's Gray Davis in 2003, when voters kicked him out and elected Arnold Schwarzenegger.