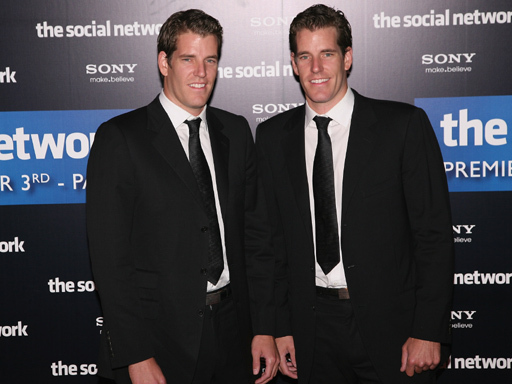 The two were born in Southampton, N.Y. and were raised in posh Greenwich, Ct.

At Harvard, they founded ConnectU (originally HarvardConnect), a social networking site for students along with fellow student Divya Narendra.

They were schoolmates of Facebook founder Mark Zuckerberg, who they say orally agreed to work on the HarvardConnect website before doing some programming work for them.

The twins signed off on a settlement for a $65 million cash-and-stock deal three years ago. But they since had second thoughts after learning about jaw-dropping valuation estimates that Facebook did not disclose prior to the settlement.

Monday's decision by the 9th U.S. Circuit Court of Appeals left in place a lower court decision that left the original agreement in place and effectively killed off the twins' hopes to reopen the litigation.

Given the appreciation in Facebook's value, their original claim is worth around $160 million.

They also finished sixth as a rowing team in the 2008 Beijing Olympics.