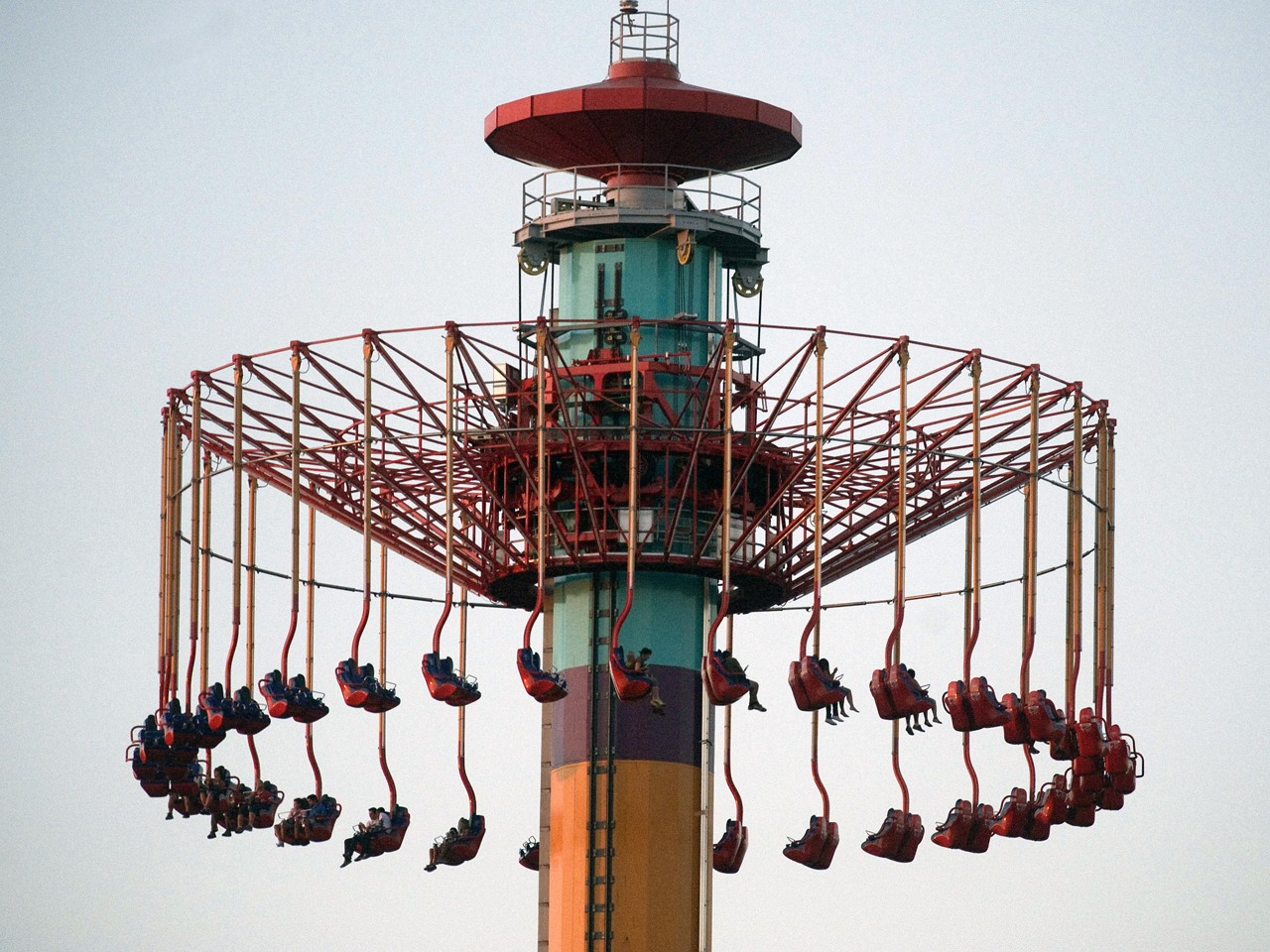 Knott's said in a statement that the ride, which lifts fun-seekers high over the park with their legs dangling and spins them in a circle, came to a stop when its security system activated at about 4 p.m. Wednesday.

TV cameras showed riders sitting calmly as they dangled and the sun set, some casually swinging their legs.

Maintenance workers brought all the riders safely to the ground between 7:30 and 8, long after the park had closed and night had fallen.

Knott's says the ride, which also left riders hanging on Sept. 7, will remain closed while the cause is investigated.

The WindSeeker has 32 gondolas that rise up and whirl riders at a 45-degree angle, at eight rotations per minute, according to the park's website.