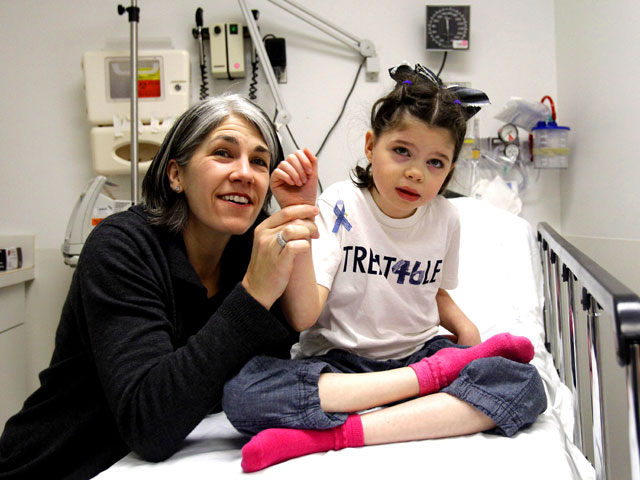 If there's anything rarer than rare diseases, it's effective treatment for rare diseases. Scientists so far have identified more than 7,000 diseases that affect fewer than 200,000 people - but treatments are available for just 200 of these diseases.

Now there's a move to close that gap. This fall the National Institutes of Health will open a center to speed discoveries into effective therapies, doing some of the riskiest early-stage research in hopes companies then will step in.

A new International Rare Diseases Research Consortium is pushing for at least 200 more treatments by 2020, in part by pooling the work of far-flung scientists and families.

Rather than starting from scratch, the FDA is pointing the way for manufacturers to "repurpose" old drugs for new use against rare diseases, publishing a list of those deemed particularly promising.

And legislation recently introduced in the Senate, called the Creating Hope Act, would offer drug makers another financial incentive - a voucher promising fast FDA evaluation of their next blockbuster drug in return for developing a therapy for a rare or neglected disease that disproportionately affects children.

"We have to give drug companies a reason to go into this market," says Nancy Goodman of Kids v Cancer, a group pushing the legislation. Her son Jacob died at age 10 from a type of brain cancer that has no good treatment.

Some other companies, including Novartis AG and GlaxoSmithKline PLC, also have begun rare-disease programs.

But NIH Director Dr. Francis Collins says all the activity reflects a larger promise. "Getting a home run with a rare disease sometimes points you in a direction that will be beneficial for common diseases," he told The Associated Press.

That's the argument put forth by Chris Hempel, of Reno, Nev. Her 7-year-twin girls have been getting injections of an experimental drug for Niemann-Pick Type C (HPC), a disease that causes cholesterol and other fats to build up inside cells, harming the brain and other organs until patients lose the ability to talk, walk and swallow. Only 500 children worldwide are known to have it. But a drug that could flush out that build-up, Hempel contends, just might point to a new route to fighting heart disease or Alzheimer's.

Hempel isn't alone in her quest to repurpose common drugs. Consider progeria, a disease that rapidly ages children until they die of a heart attack or stroke, usually before their teens.

Collins' lab at NIH uncovered the gene defect behind progeria, research that he says he pursued only because of meeting another mom, Dr. Leslie Gordon, founder of the Progeria Research Foundation, and her son, Sam, who has the disease. Today, clinical trials are under way using a failed cancer drug named lonafarnib that promises to block some of the progeria mutation's effect.

There are an estimated 150 progeria patients worldwide, but Gordon points to growing evidence that the culprit protein may play a role in the heart disease that comes with regular aging, too.