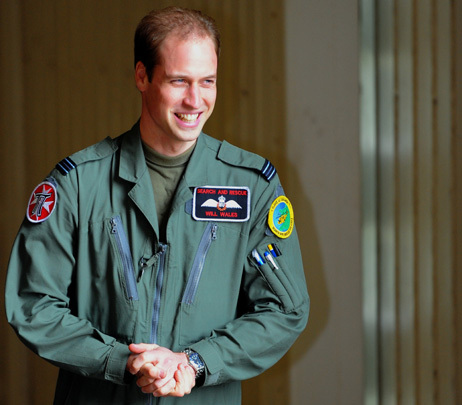 (CBS) Prince William could be getting several titles from the Queen on his wedding day, and one of them could be Duke of Something.

I write "Duke of Something" because at this point, it's all speculation. As we learned Wednesday, all titles are a gift from the Queen and she ultimately chooses which titles are handed out.

The Daily Mirror reports that "duke" comes from the Latin "dux," which means leader. Duke is the highest rank in British Peerage. The Queen is Duke of Lancaster and Prince Charles is, among many other things, the Duke of Cornwall.

The Mirror writes that Prince William may accept a dukedom from the Queen (meaning he can also reject it) and the paper lays out some of the possible dukedoms on the list, including Duke of Cambridge, the last of whom was a grandson of King George III.

Prince William could also get more than one title; Prince Andrew, the Queen's middle son, got three when he wed.

There are some other dukedoms out there, including the Duke of Sussex, the last of whom died without a legitimate heir and his title was made extinct. (The Duke - Prince Augustus - sixth son of George III, had children from a marriage that was unrecognized by the King.)

The Daily Mirror reports that other dukedoms for the taking include Duke of Connaught, Albany, Clarence, Kendal, Avondale, Teviotdale and Strathearn.