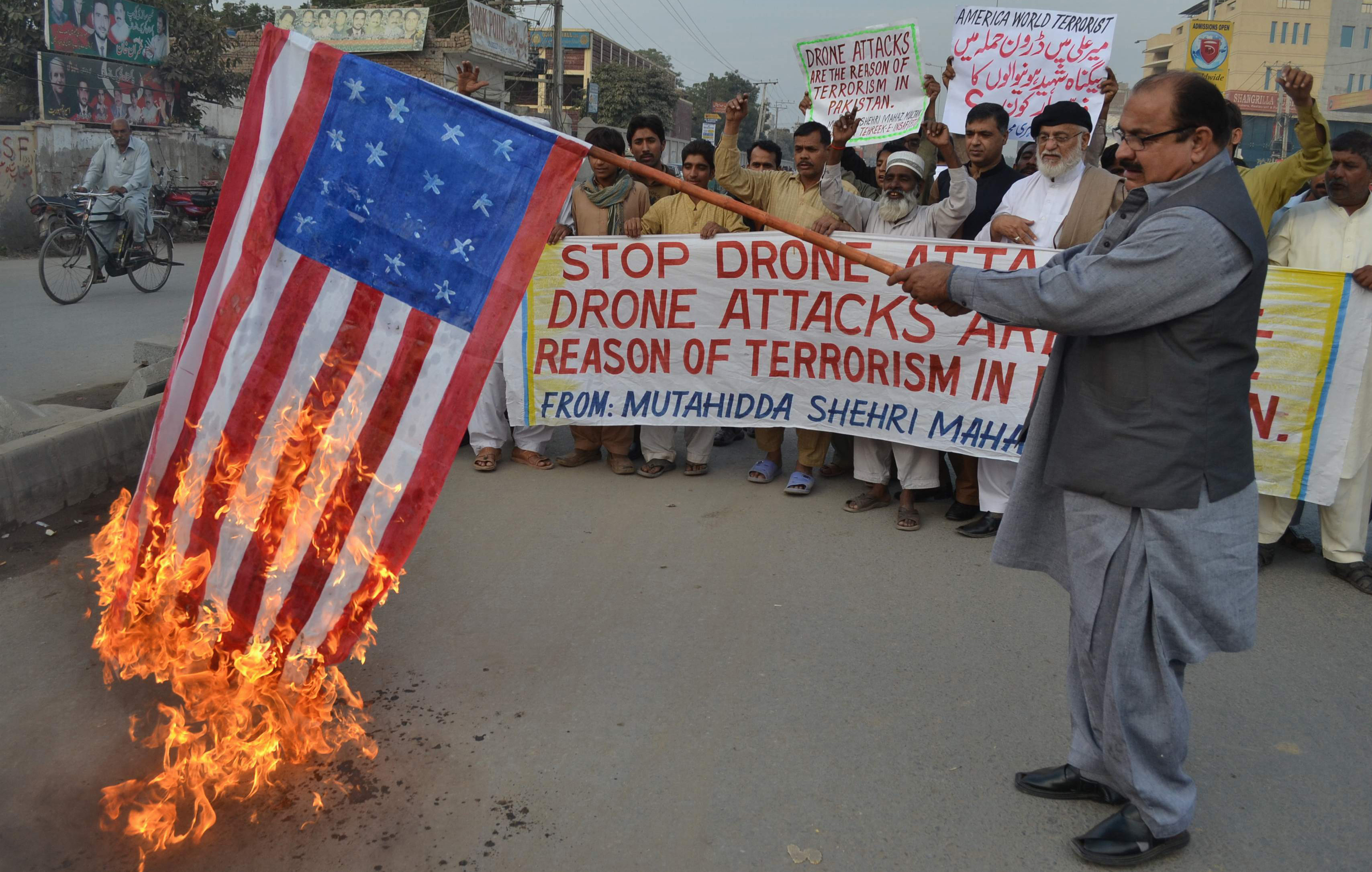 ISLAMABAD Pakistanis were mesmerized last week by the spectacle of candidate Imran Khan toppling backwards off a fork-lift at a campaign rally just days before national parliamentary elections.

Grainy pictures of the fall and Khan's emotional appeal to his supporters later -- wearing a neck brace in a hospital bed -- elbowed other news stories aside.

In ordinary circumstances, one story in particular would have grabbed much bigger headlines last week.

The drones belong to the United States. They regularly fly from Afghanistan over the border into Pakistani air space to fire missiles at suspected Taliban militant leaders.

Currently, witnesses report between six and ten strikes every month.

But how effective are they, and how accurate? No one knows except the CIA, which runs the top-secret program.

Mirza Shahzad Akbar is a former prosecutor who is now the legal champion of drone victims through a charity called The Foundation for Fundamental Rights. He's the lawyer who took the anti-drone case to the Peshawar High Court, and won.

We met him in his Islamabad office just before Pakistanis headed to the polls.

"By our count, a total of about 3,500 people have been killed in drone strikes, including women and children," he told us. "Genuine militant; we estimate a couple of hundred, and as for specific, identified al Qaeda fighters... fewer than 60."

A poll conducted this spring by the U.S.-based Pew Research Center on Public Opinion found that just over two thirds of Pakistanis oppose U.S. drone strikes on Pakistani territory.

The two front runners in Saturday's election -- the bruised Imran Khan, and former Prime Minister Nawaz Sharif -- recognized the issue as a vote-getter. Both made their opposition to American drones a centerpiece of their campaigns.

Mirza Shahzad Akbar, armed with his High Court judgment, was prepared to hold the winner to his promises.

Preliminary results from Saturday's elections suggest Sharif won with a large majority, which will likely leave Khan to assume a powerful place in the opposition. Sharif will be under huge pressure to stop drone strikes, and if necessary, order the army to do it.

The court's ruling actually states that "the people of Pakistan have every right to ask the security forces either to prevent such strikes by force or to shoot down intruding drones."

It's not a confrontation with America that any Pakistani politician would relish - especially as the country get billions of U.S. dollars every year in military and development aid, (U.S. support even helps the political system itself to function. It was American computer technology that helped Pakistani election officials shave some three million incorrect or false names off the voters' list.)

But, said Akbar, Thursday's court ruling will give Sharif and other Pakistani politicians no choice. If they won't act, he will be back in court to ask they be charged with contempt, and failing to uphold the law.