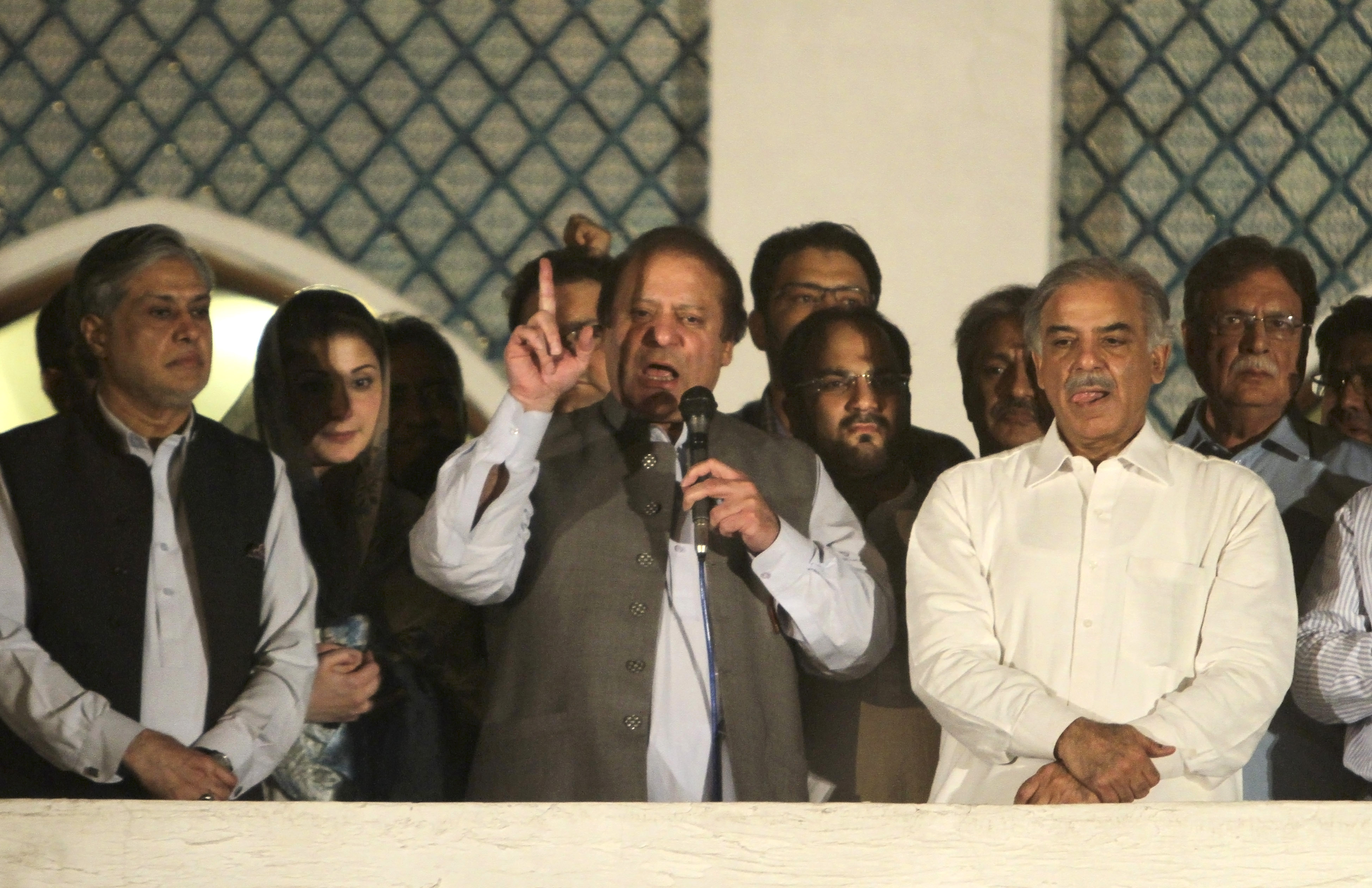 As unofficial returns continued to roll in Sunday morning, state TV estimates did not show whether Sharif would attain the majority needed to govern outright or if he would need to form a coalition government.

The Saturday election proved to be a resounding victory for a man who spent seven years in exile and another five in opposition waiting for his chance to govern again.

Supporters danced in the streets overnight in his hometown of Lahore, Pakistan's second largest city and the provincial capital of Punjab province.

Sharif now faces the monumental task of governing a country with rising inflation, rolling blackouts, and a powerful Taliban insurgency.