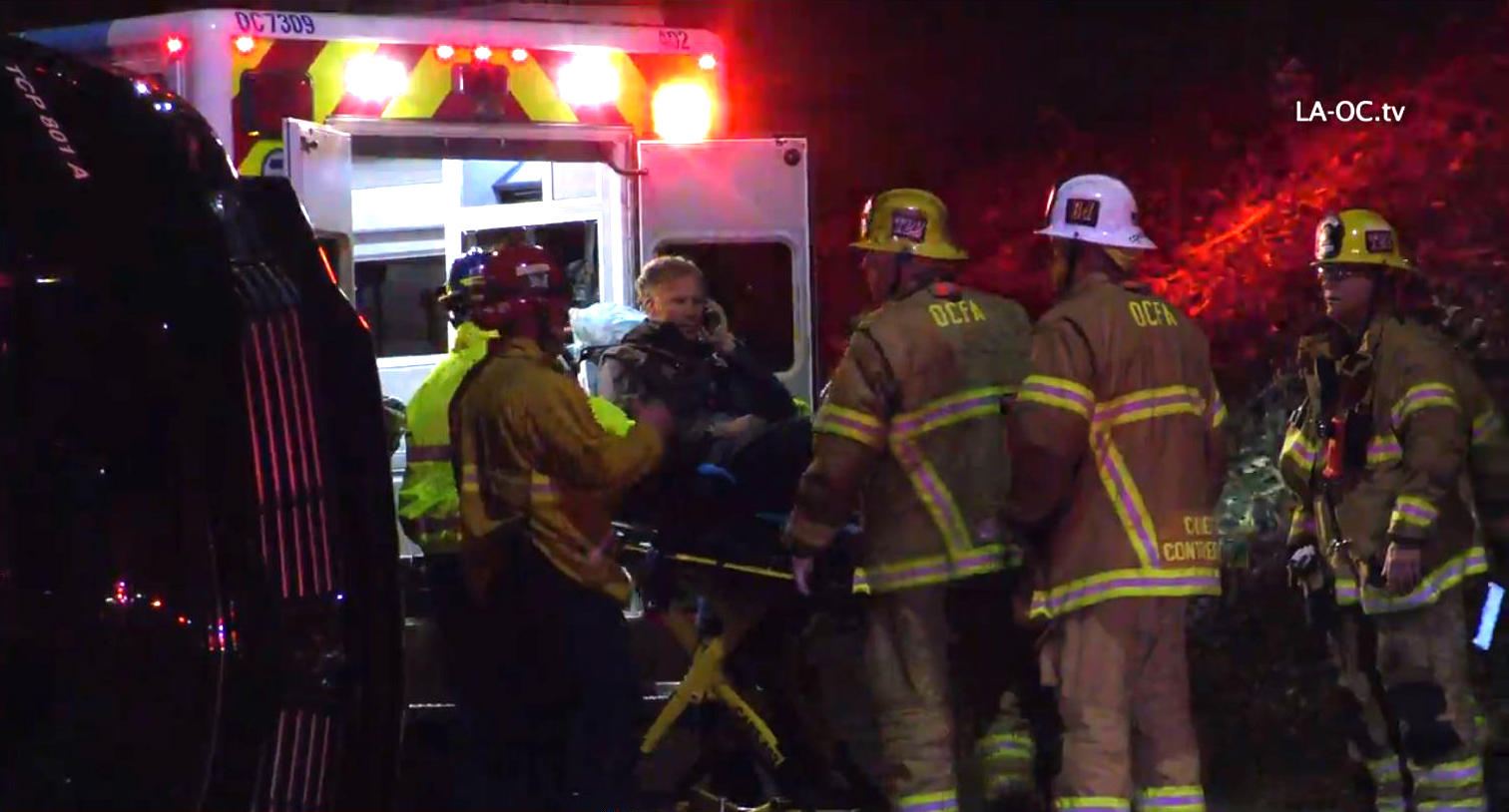 Actor Will Ferrell was released from a hospital Friday morning after he was in a car accident the night before in Southern California, United Talent Agency confirmed in a statement to CBS News. Ferrell was not hurt, the statement said.

The driver and a colleague remain hospitalized. Another colleague was not injured.

Ferrell is "staying close by as his friends are being treated, and has expressed his deep gratitude to the first responders who were immediately at the scene and to the hospital team that took such great care of them," United Talent Agency said.

The California Highway Patrol told CBS Los Angeles that a woman in the vehicle suffered "major injuries" in the incident.

The SUV was sideswiped by another vehicle from the right rear. The SUV then lost control, hit the center divide and overturned.

Video footage from the scene shows Ferrell sitting on the road and talking with a firefighter.

He was later seen talking on a cellphone as crews loaded his gurney into an ambulance.

Earlier that night, the "Anchorman" star had made an appearance as title character Ron Burgundy at a Funny Or Die event with Billy Eichner in the San Diego area to promote youth turnout in the midterm elections.